But one notable personality, whose vision shaped the unique space for the better part of two decades, won't be behind the bar. 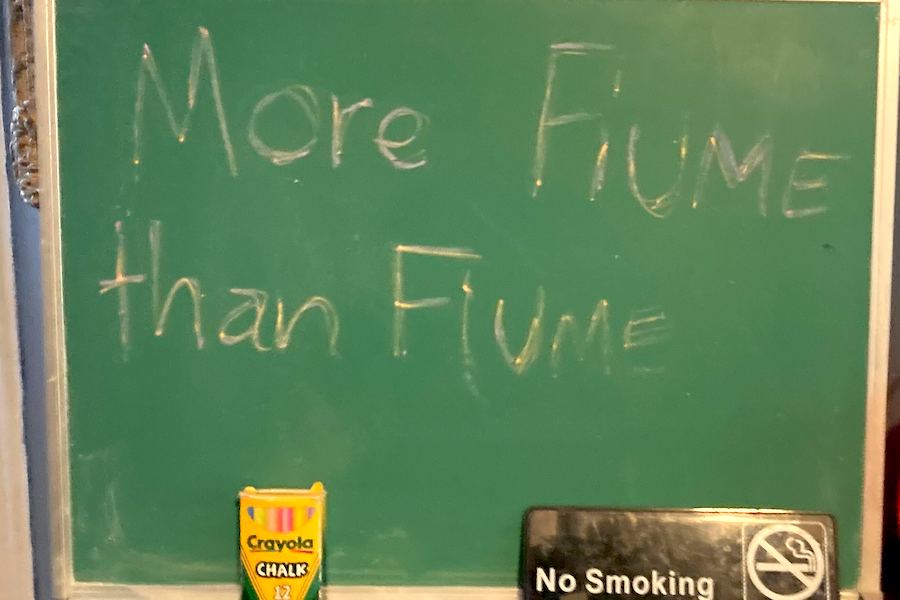 A sign at the reopened Fiume, the popular West Philly bar

On Thursday afternoon, I heard through the grapevine that popular West Philly bar Fiume had reopened on Wednesday night. This was seriously good news to me, because of all the Philly bars that had shut down due to COVID, Fiume was the one I missed the most. And while many other bars reopened one by one, Fiume remained shuttered. It turns out that Fiume’s reopening is a little complicated.

I came to know Fiume through Kevin James Holland, the consummate bartender and craft cocktail enthusiast who started operating the bar nearly 20 years ago. (The bar was, and remains, under the ownership of Abyssinia, the Ethiopian restaurant downstairs.) From my early days frequenting Fiume, it was evident that Kevin was the main visionary behind the cramped-but-charming bar.

Under his leadership as the longtime manager, the Best of Philly-winner Fiume offered more than 100 varieties of beer and an ambitious cocktail program, especially for such a tiny spot. The bar had this unmistakable supercool vibe — Fiume was a place you felt lucky to get a seat at.

Alas, Kevin is no longer associated with Fiume, something that came as a surprise to him, since he said on Thursday he fully expected to be part of a reopening plan.

“I’m sad,” Kevin said on Thursday evening. “I was making plans with Abyssinia and the entire staff about reopening with me returning as manager. And then yesterday, I got an email out of the blue from a few former staff. It said [they] were opening up a new bar in the space.”

Bartenders at the new Fiume put it a different way.

“Basically what happened was that three of us got our jobs back, and one didn’t,” Brian, one of the bartenders at the reopened Fiume, told me on Thursday when I stopped in to check it out. Brian also suggested that Kevin had a “difficult” relationship with the owner of Abyssinia, for whom all of them worked. Repeated attempts to reach the owner of the restaurant for comment were unsuccessful.

The tension between the new and old Fiume was also evident in a communique, prominently displayed on a chalkboard in the reopened bar, which read: “More Fiume than Fiume.”

As for the name of the bar, the bartenders present on Thursday told me that the bar is and always has been technically known as Upstairs at Abyssinia. “But people will keep calling it Fiume, and that’s fine with us,” one said. “You can just call us Fiume.” Another chimed in: “I like to think of us as the Fiume Community Center. All of us working here have been drinking at Fiume for a long, long time.”

So what of the new Fiume, or whatever it’s called? There are still lots of beers, though not as many. Still lots of cocktails that sound impressive. There’s also a new paint job, new lighting fixtures, and a new bar top, seen below. 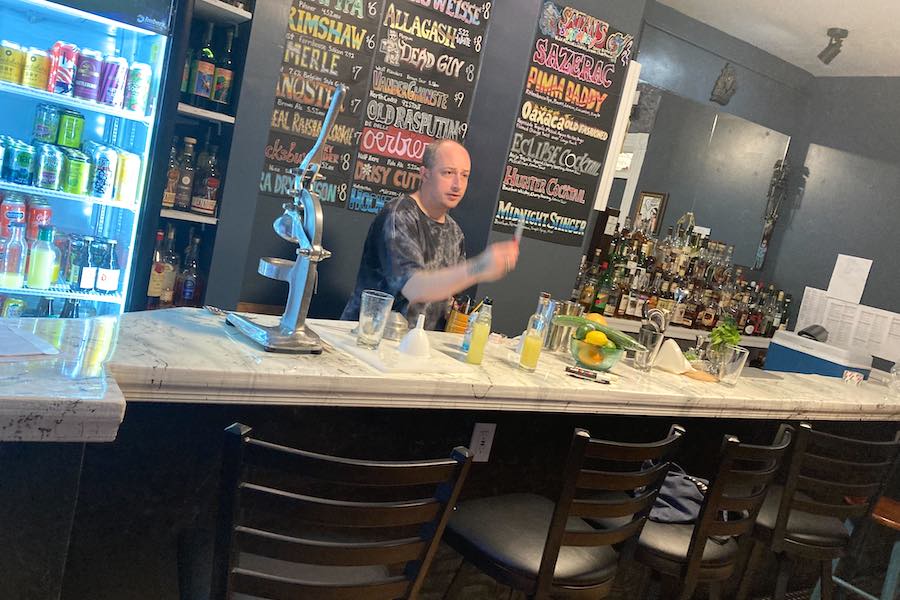 A Fiume bartender behind the new bar top in Fiume in West Philly.

The new operators also told me they planned to bring back live music — for which Fiume was always known — in a separate room that once acted as a pool room, then an indoor bocce room, and, finally, a storage space. They also said they will be able to allow Fiume customers to drink back there even if live music isn’t happening.

“We want to be able to socially distance people,” one Fiume operator told me. “COVID is not over.” (The bar requires proof of vaccination while the restaurant downstairs does not.)

The new version of Fiume expects to be open from 5 p.m. to midnight daily.