The Philadelphia District Attorney’s office has become so politically polarizing that it’s beginning to drop the ball for its own causes. It’s time for its leader to refocus. 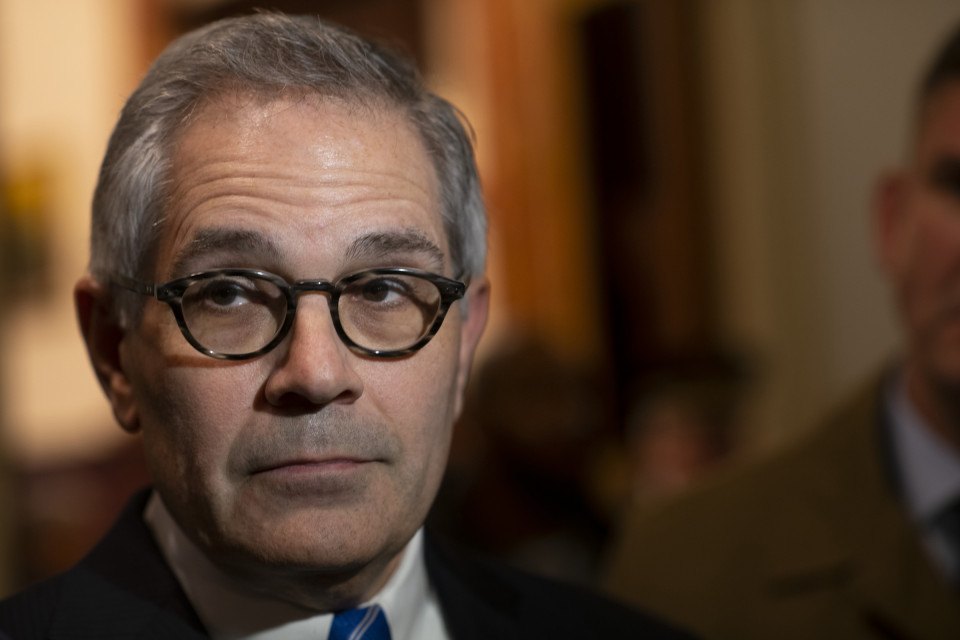 Last week, after five years of protests, public outcry and legal battles, a Court of Common Pleas judge dropped the charges in the high-profile case against ex-Philadelphia police officer Ryan Pownall, who was accused of the murder of David Jones, a Black man, in 2017.

The reason? The judge’s devastating ruling blames District Attorney Larry Krasner’s office for mishandling the case by not properly instructing jurors. After a former prosecutor who handled the grand jury admitted in testimony that she hadn’t properly explained to its members the various degrees of charges of murder and manslaughter or the justified use of force as a defense for cops, it was all over. Now Pownall, who had been fired by the Philadelphia Police Department after being criminally charged, is a free man, cleared of all charges.

“This is similar to a conviction being overturned on the basis that a judge failed to properly instruct a jury on the law,” says former prosecutor Jahlee Hatchett. “The jury instructions in this case and any case are critical, because it gives non-lawyers the tools they need to apply laws to facts. If a jury isn’t properly instructed, they could make legal determinations that are inconsistent with the law.”

Hatchett says that a presentment to the grand jury is a technical process that comes with lots of formalities — fertile ground for procedural errors for prosecutors who aren’t familiar with the process.

“The grand jury [process] isn’t as widely used as the preliminary hearing process,” he adds. “Therefore, if an attorney isn’t familiar with the process or rules of the grand jury, it could lead to procedural errors like the one that occurred in this case.”

Since the case wasn’t dismissed “with prejudice,” this isn’t the end of the line — it can be refiled and tried again. So the District Attorney’s office likely now has two options: either appeal Judge McDermott’s decision, or attempt to convene another grand jury.

“The appellate option will likely take longer and isn’t guaranteed to yield a different result,” Hatchett says. “If the District Attorney’s office presents the case to the grand jury fresh, it’s possible they could correct the procedural error that led to the quash and move forward with the charges.”

If the DA’s office wants another crack at this, it seems likely it will have to try this case anew — intensifying the political circus around it.

The local Fraternal Order of Police (FOP) now wants the former cop, who many believe murdered the 30-year-old Black North Philadelphian during a traffic stop, to return to the job. In 2017, Pownall stopped the motorbike-riding Jones in North Philadelphia and shot him as he fled the scene. After the shooting, conflicting accounts emerged as to whether Jones was armed at the time.

“We promised a vigorous defense against all the charges and are happy to see that all criminal charges were dismissed, and we now begin the work to get Ryan Pownall reinstated to his job, protecting our great city,” FOP Lodge 5 President John McNesby told the press.

“The District Attorney’s 0ffice strongly disagrees on many levels with the court’s decision today in this matter and will be reviewing our options in the coming days,” a spokesperson for the DA’s office said in a statement.

What would have been a landmark trial — one that could have influenced the future of police accountability in the region — has fallen short due to a procedural error. Of course, Pownall’s lawyers were going to jump at any opportunity to protect their client — that’s what lawyers are paid to do. What I’m more disappointed with is how a DA’s office could have fumbled the case so badly.

Pownall isn’t free because he was found innocent by a jury of his own peers; he never even faced that jury. He’s back on the streets because Krasner’s office screwed up.

It’s hard not to wonder if the hyper-politicization surrounding Krasner’s tenure as DA has stalled his once-robust progressive agenda. Despite the white-savior complex that’s hovered over him, I truly believe that Krasner has the right intentions — reducing mass incarceration, calling for more law enforcement accountability, advocating for more legal resources for underserved populations. Unfortunately, I believe the intense spotlight has distracted him from implementing the changes his supporters want. Sure, some of those distractions are rooted in opportunistic partisan attacks on him, such as this pointless GOP impeachment attempt in Harrisburg. But some are of his own making, like screwing up grand juries or not being able to read the room when talking about the city’s gun violence.

This moment — with the impeachment effort and the Pownall case putting his office under increased scrutiny — feels like an inflection point, one at which public sentiment could irrevocably turn against Krasner. Right now, he’s as polarizing as it gets. Those who criticize him can be deemed anti-progressive moderates calling for “law and order.” Those who praise him are painted as  pro-lawlessness and in favor of abolishing personal responsibility. The situation is infuriating for everyday Philadelphians who simply want to see improved public safety and criminal justice reform. The infighting among Democrats about holding Krasner accountable obscures real threats to our democracy. The lazy finger-pointing from the right that blames our DA for a rise in gun violence is intellectually dishonest propaganda.

He’s under scrutiny, fairly or not, but this outcome in his high-profile case against a cop makes it look like he doesn’t know how to do his job. That threatens his credibility and the policies he was elected to enact. And now Krasner appears to be spending more time defending his record than focusing on the work and addressing the dysfunctions in his office. I truly hope this debacle prompts him to take an honest look into what caused his staff to miss the mark and not another attempt to politicize public backlash.

If Krasner cares at all about the principles he ran on, he’ll buckle down and get shit correct. Even if he fails because he’s incompetent, the takeaway will be that he failed because he’s progressive. He owes it to all those people who voted for him to find a way to avoid the drama and focus on the work.