The national fear-mongering and oversimplification around the viral Wawa video need to be replaced with mature solutions. 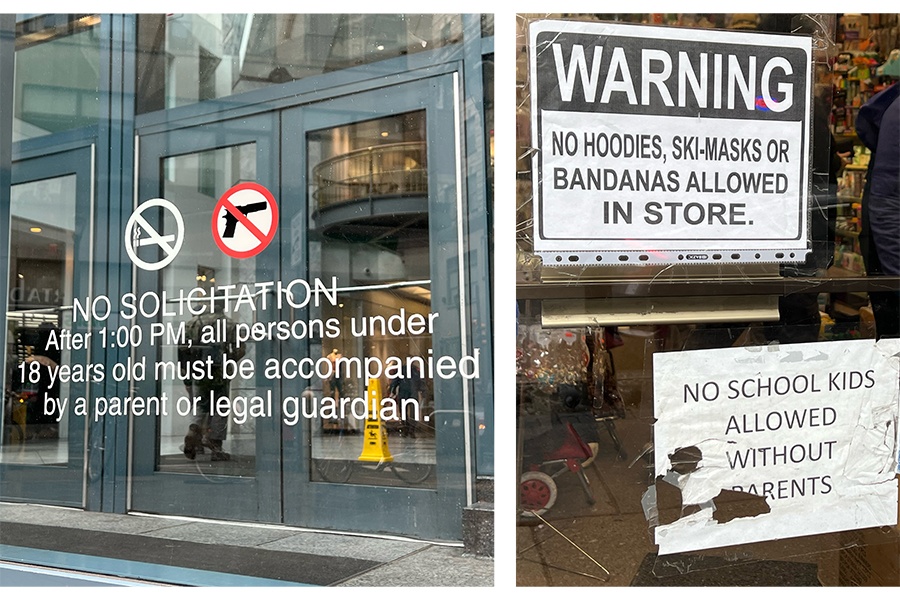 The moment I saw the viral Wawa video of a group of Black youths ransacking an outpost of the convenience store in Mayfair, I knew what was coming next: a broken record of bullshit.

For decades, we’ve seen the media and public officials lazily project harmful stereotypes and incite panic every time Black and brown young people act out. Anyone remember how we got the myth of “super-predators?” Yeah, that was from the same institutions that are now complaining about crime. When people aren’t blaming the district attorney’s office or demanding more law and order, they are further treating at-risk youth as common criminals. This behavior exacerbates a culture of over-criminalizing Black youth.

To summarize all of the propaganda in one sentence: Today’s most powerful media and political institutions would like you to believe that we are currently living in a city of unlawfulness that allows Black youth to commit senseless crimes because their parents either aren’t around or don’t care to intervene.

For all of those who hold public office and/or are in media and are pushing this type of messaging, please shut up. No, seriously, I need you to knock it off immediately. Something needs to change, but it’s not what you seem to think.

What you’re doing is not only misleading — it’s racist as hell and doing more harm. Right now, we don’t need any more doomsayers on the crisis we’re facing. We need those who are actually investing their time, money and/or resources to step up and speak out on it. As someone who’s been volunteering and engaging Black youth in Philly for years, I can tell you from firsthand experience that blaming parents and treating at-risk kids as super-predators isn’t the answer.

When I was an after-school programing coordinator/mentor at West Philly High School via the Netter Center for Community Partnerships, I saw up close the barriers and issues facing a generation of kids who feel ignored. Many parents were working overnight shifts, incarcerated, and/or sharing custody of their children with other family members. In a city like Philadelphia, with a high poverty rate, these dynamics shouldn’t be a surprise to anyone. Society’s judgmental question of “Where are the parents?” ignores the true root of the problem: They’re often busy trying to ensure their families’ economic survival in a world still plagued with inequity.

After-school programs like the one I worked with in West Philly provide a necessary buffer between school and home life for these kids. They ate snacks, got a chance to unpack the typical stresses of the classroom, caught up on homework, and found non-teacher mentors in the coordinators there. As a result, most of the students who were once considered “at-risk” weren’t getting in trouble as often, and I was glad to see several of my mentees graduate on time. Programs like this kept them off the streets and shielded their impressionable minds from being lured into misconduct.

Translation: Creating possibility models and alternative environments for youth in their community is more productive than prioritizing law-and-order tactics that don’t actually work.

The research has already proven that programs like this, executed properly, lead to success for our youth. For all of the chatter by some mayoral candidates seeking to increase policing, what we really need are louder proposals for even more evidence-based programs that nurture our youth rather than paint them as criminals. With the pandemic disrupting many such in-person programs — a disruption that many have argued might be causing this juvenile crime uptick — the city should do more to push such efforts rather than become seduced by the cheap thrill of bad crackdown-on-crime talking points. It’s very easy to argue in favor of punishment but far better to promote restorative solutions.

Locking more kids up and separating them from their families isn’t going to tamp down crime in Philly. Giving the police more money to arrest people while ignoring the need to seriously fund non-carceral resources (such as after-school programs for youth, summer job training, and improved public education overall) won’t, either. We’ve already tried that approach, and it led to mass incarceration and increased poverty — the major drivers of the societal clusterfuck we’re in now.

It’s past time to do something different — and if you can’t come up with ideas beyond blaming parents, pushing racial stereotypes, and calling for mass incarceration, this is the perfect time for you to simply shut up and listen.