Plus, the after-school shooting, Kenney's new gun ban, and more of what the city is talking about. 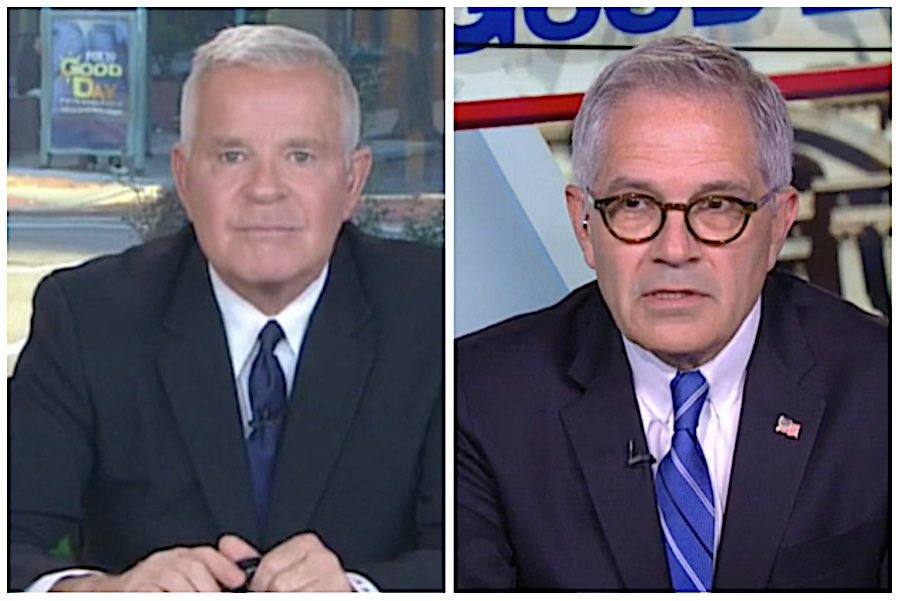 Philadelphia Makes National News (Again) … For All the Wrong Reasons

The week had already started out rough for Philadelphia in the national news, thanks to dozens of out-of-control teens seen on (now viral) video ransacking a Northeast Philadelphia Wawa. The New York Post took the time to call out in their headline the one kid who was twerking on the Wawa counter.

But then Tuesday happened, and suddenly all eyes were on Philadelphia again, for much more serious reasons. Just about two hours after gunfire erupted near Roxborough High School on Tuesday afternoon, the tragedy had already made its way to the lips of David Muir on ABC’s World News Tonight, the most-watched show of its kind in the country. Then CNN. NBC News. Fox News. The list goes on. The people at Visit Philly, the agency charged with convincing outsiders that Philadelphia is a good place to visit, have their work cut out for them.

It’s going to be seriously interesting to see how this one plays out.

One common response to this that I’ve seen and heard is along the lines of, Guns weren’t already prohibited at city pools and rec centers? Second Amendment and all.

Another response comes from staunch defenders of said amendment, who wonder how such a ban is constitutional, since Philadelphians can legally carry firearms if they get a permit, which more and more citizens are doing. But Philadelphia District Attorney Larry Krasner has insisted that even people holding carry permits will “have a problem” with him if they try to carry their otherwise legal gun to locations on the list.

I have a feeling that gun rights groups already have a lawsuit drawn up that will keep the city’s already-busy law department busy for years to come.

Speaking of Larry Krasner and also speaking of seeing how things play out, the DA is starting to sweat. Profusely.

He high-tailed it up to Roxborough High School on Tuesday to get in front of the news cameras, knowing full well that a lot of people blame him for incidents like this. (A gross oversimplification.) Then he woke up at the crack of dawn to make an appearance on Fox 29’s Good Day Philadelphia, where he tried his best to defend his progressive policies and express his devastation over these deaths.

While on Fox 29, he also thought it would be a good moment to point out that our homicide numbers are actually down in 2022 compared to the same day in 2021. In point of fact, our homicide numbers are slightly lower than they were this time last year: 401 today compared to 407 last year. But that’s a really lousy talking point, and I’m not sure it was the smartest move ever for Krasner to prematurely declare on Fox 29 that the homicide problem is “leveling out.”

It’s also disingenuous to throw stats like that homicide number out there. Why? What Krasner has omitted is that total violent crime offenses are actually up, with robbery-with-a-gun up a whopping 59 percent. And property crime offenses as a whole are also way up. 32 percent! Commercial burglaries? Nearly 50 percent up!

Fox 29 co-anchor Mike Jerrick asked Krasner if he’d thought about resigning. Krasner said no, reminding viewers, “People voted for me overwhelmingly!” Krasner did his best to try to defend what he’s been doing. But Jerrick was quick to jump on him: “Maybe it’s not working!” “It is working!” Krasner insisted. “There’s 1,000 people killed in 20 months!” was Jerrick’s retort.

If you’re one of the people hoping that Larry Krasner will either be kicked out of office or resign, don’t hold your breath. The chances of him being forcibly ejected from office seem slim. And resignation? Doesn’t sound promising. If you’re keeping track, Krasner goes up for reelection in 2025. A long way off.

And from the Oh-for-Chrissake Sports Desk…

Last night was volleyball night, so we didn’t join the game until the sixth inning, which found the Phils tied with the Cubs, 1-1, on a chilly night in Chicago. Zach Wheeler was having a good outing coming off a stretch on the injured list, giving up only a singleton homer to Christopher Morel in the third.

In the top of the sixth, Bryce Harper hit an RBI double that scored Bryson Stott for the tie, but after Wheeler sat and Connor Brogdon came in for the seventh, Yan Gomes doubled in Ian Happ — who’d reached on an infield hit — for another run for the Cubs.

The Phils could do nothing in their half of the eighth. Chris Devenski, called up from Triple A after Brad Hand was hurt, put the Cubs down 1-2-3 in his Phils debut in their half. Hope springs eternal!

In the top of the ninth, Brandon Hughes faced Bryce Harper, who got a lead-off single. Pitching change! Manuel Rodriguez came in to pitch to J.T. Realmuto, who grounded into a force-out. Alec Bohm hit into a double play — three outs on two pitches! — and that was it: game over. The future looks increasingly dim.

The U.S. Men’s National Team (that’s soccer), for which local dudes Christian Pulisic (native of Hershey) and Brenden Aaronson (native of Medford, New Jersey) play, faced Saudi Arabia in a friendly and only managed a 0-0 draw. This team hasn’t exactly been doing itself proud lately, and concern for its fortunes in the looming World Cup continues to grow.