Philly Today: Wawa’s Best (or Is It the Worst?) Sandwich Returns

Plus, a very Philly moment in that disturbing Wawa video, a new state park near us, and more of what we feel like telling you about right now. 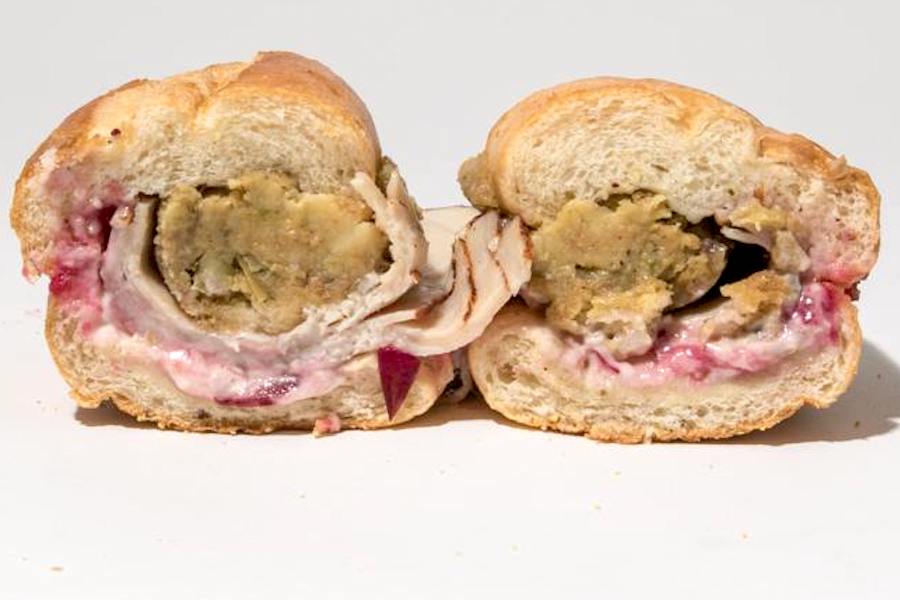 So Is the Wawa Gobbler Great or Gross?

Most news outlets reporting on Wawa are focusing on the havoc wrought upon one location by a bunch of unruly teenagers. But this is overshadowing some other important Wawa news: the return of the Wawa Gobbler.

That’s right. Summer is officially over. And big box stores are already selling all sorts of Thanksgiving stuff. So that means that the Wawa Gobbler is back. And more than any other Wawa sandwich, the Gobbler is downright divisive.

Philly Mag food critic Jason Sheehan, a guy who is actually paid for his opinions on food and who has won awards for said opinions, has said that the Gobbler is the best sandwich at Wawa. (You can read his ranking of all Wawa sandwiches here.)

“It is comfort on a roll,” writes Sheehan. “A portable Thanksgiving dinner. Warm and sloppy and cheap and delicious all at the same time. My only complaint? That it isn’t available 365 days a year. Or sometimes after 9 p.m. And that it doesn’t automatically come with a side of mashed potatoes to dip the entire sandwich in.”

Me, I’m not a Gobbler guy. Frankly, I think the whole thing tastes a bit like a Swanson TV dinner shoved onto a roll. But, hey, that’s me.

At the end of the day, who really cares what Sheehan or I think? Wawa is, if nothing else, a convenience store of the people, so I took the question of the Gobbler’s standing in sandwichdom to the people via an online poll in four Facebook community groups. One in Roxborough. One in Delco. Another in South Philly. And one more on the Main Line.

The results of this very scientific Wawa Gobbler study, in which we offered the choices Awesome, Gross and Never Tried It (voters were able to add their own customized answers as well, which is why the below numbers don’t add up to 100):

In Delco, 37 percent declared the Gobbler awesome, whereas just nine percent found it gross. But, interestingly, 32 percent had never tried it. One custom response we liked: “It’s actually decent but people hate on it because it’s Wawa. Get it toasted.” Pro tip!

In Roxborough, 41 percent said the Gobbler is awesome, but more — 43 percent — had never tried it. 31 percent called it gross.

South Philly went 37 percent awesome, 11 percent gross, and 19 percent never tried it. Then there are the vegetarians and the person who said “Gross, which is why I order it.” Good point.

I think one thing we all can agree on: Even if the Wawa Gobbler is bad, it’s certainly not as bad as that new Wawa pizza.

About That Wawa Mess …

Yes, the video of the teens wrecking the Wawa in Philadelphia is terrible to see. But there’s one just amazingly Philly moment you may have missed amid the chaos. At about 56 seconds into the video, with absolute pandemonium happening behind her, a young woman amusingly but seriously asks the guy behind the deli counter for the status of her sandwich order. Hey, she was hungry! “Uh, it’s gonna be a while,” he replied. Classic.

On Monday, Philadelphia’s Fraternal Order of Police announced that the organization was backing Dr. Oz for Senate.

“The Philadelphia FOP is proud to endorse Dr. Mehmet Oz for senate because we know he will work with — not against — law enforcement to make streets safer places to live and work,” FOP prez John McNesby explained.

In response to the FOP endorsement, Dr. Oz had this to say:

“The brave men and women of the Philadelphia police risk their lives day in and day out to protect and serve our communities. They deserve a U.S. Senator who will also work with communities to make our streets safer and better places to live and work. But my opponent, John Fetterman, would rather be the advocate for convicted murderers and violent criminals over our police officers and crime victims.”

But the FOP, which endorsed Donald Trump for president, stopped short of endorsing Republican gubernatorial candidate Doug Mastriano, instead giving the valuable nod to Josh Shapiro.

We’re Getting a New State Park!

Pennsylvania hasn’t opened any new state parks since 2005. But officials just announced that the state is spending $45 million to establish three new state parks, including one right over yonder in Chester County. Speaking of Pennsylvania state parks, now is the perfect time to book a cabin or yurt in one for a little getaway. Click here for our complete guide to vacationing in state parks.

The story behind Philly landing the 2026 World Cup.

This brand-new exhibit is for you.

Property Assessments: It’s Not Too Late!

But it’s almost too late. Here’s our procrastinator’s guide to disputing those pesky assessments.

And From the Day-Off Sports Desk…

Nothing happening sports-wise in our town except for the Sixers’ media day. Highlights included Joel Embiid being asked about the Ben Simmons kerfuffle at the end of last season and deadpanning, “What drama? I don’t remember that.” Asked how much weight he lost in the off-season, James Harden said, “One hundred pounds.” Us too, James. Us too.

The Phillies had this one blessed free pass before their grueling final 10-away-game push, with no days off AND a doubleheader on Saturday. Against the Nationals. Start praying now.

Everybody everywhere seems to be talking about Jalen Hurts’s masterful performance in Sunday’s 24-8 win over Carson Wentz and the Washington Commanders, which is as it should be.

In Monday Night Football, the Cowboys, our arch-rivals, faced the Giants, our arch-rivals — one of those games where it’s impossible to decide which team to root for. But the Cowboys got the edge in our house because they were led by backup QB Cooper Rush, who went undrafted in 2017 out of Central Michigan and now was standing in for injured Dak Prescott. We always root for the underdog. But it’s not like our hearts were in it. It was a slow, dull game up until the fourth quarter, when Daniel Jones was leading a drive with under two minutes left — and got picked off by Travon Diggs. Final: Cowboys win, 23-16, leaving both teams at 2-and-1.

The Eagles face the Jacksonville Jaguars, under head coach Doug Pederson and (be still, my heart) QB Trevor Lawrence, on Sunday at the Linc.

Ed. Note: This story originally stated that the FOP split its endorsement between Dr. Oz and John Fetterman. It has now been corrected.