“Walk This Way” displays over 100 pairs of shoes, and sheds light on the oft-overlooked contributions of women in the industry. 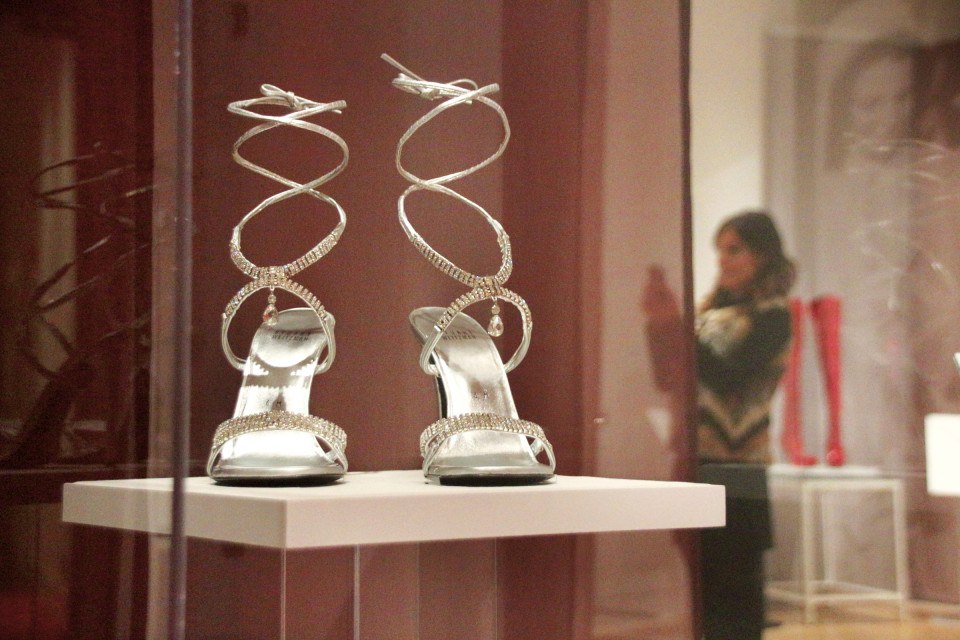 Some people collect Beanie Babies. Others collect coins or stamps. Such innocuous objects may never see the light of day. But Doylestown’s Michener Museum is displaying an assemblage that deserves a spotlight: the private antique shoe collection of red-carpet designer and champion of footwear-as-wearable-art Stuart Weitzman.

It’s all part of “Walk This Way,” a traveling exhibition organized by the New York Historical Society as part of its Center for Women’s History. The show chronicles the changing forms and goals of shoe design, but more importantly, it highlights the lesser-known women who worked behind the scenes to push these changes forward.

It may seem an odd choice for the Doylestown institution — most people don’t think of shoes as art, chief curator Laura Turner Igoe acknowledges, and the Michener is an art museum, after all. But to Igoe, art encompasses more than just paintings on gallery walls and busts on pedestals.

The exhibit showcases more than 100 pairs of shoes from Weitzman’s collection, predominantly acquired by and gifted to him over the course of 50 years by his wife, Jane Gershon Weitzman. One pair dates back more than 180 years.

“We gift our significant others a shirt or a nice night out,” Igoe says. “Instead, Jane gave him a pair of antique shoes for special occasions. She particularly collected shoes that she thought were unusual or unique — ones she thought might inspire his own designs.” One such pair is a seminal d’Orsay evening pump from 1928 that influenced Weitzman’s own elegant spin on the style.

The show tells the story of footwear by highlighting five different aspects of its place in history and art. Sections on collecting and production focus on shoes as reflections of moments in the past, such as a pair of satin wedding flats worn by Queen Victoria in 1840 or leather boots and pumps worn by suffragettes and labor activists in the early 20th century. Other sections on presentation and design look at shoes as art objects, analyzing changing styles over time and the influences of architecture and the golden age of Hollywood on collectibles, like a pair of Ferragamo lace slingbacks custom-made for Sophia Loren in 1955.

Second only to agriculture, shoemaking was one of the largest industries in America by 1850. It wasn’t long before a third of all workers in shoe factories were women. Despite this, and despite love for shoes often being associated with feminine style, women’s mark on fashion history as drivers of footwear innovation, and not just as consumers, has been largely disregarded.

One of these women was the late Beth Levine, the “First Lady of Shoe Design.” “She had a very successful career but produced her shoes under the label name of her husband,” Igoe says of Levine, whose work is being chronicled at the Michener alongside designs by Christian Dior and Yves Saint Laurent. “Even though she was doing all the design work, she felt that his name would be more appropriate for a shoe company than her own.”

Still, Levine’s name hasn’t been forgotten. But that’s not the case with many other women who toiled behind the scenes. And this exhibit offers their work and their names much-overdue recognition.

“Walk This Way: Footwear From the Stuart Weitzman Collection of Historic Shoes” runs September 24th to January 15th at the Michener Art Museum.

Published as “The Art of the Heel” in the October 2022 issue of Philadelphia magazine.