How does a classic Italian hoagie stack up against your favorite Wawa handhelds? 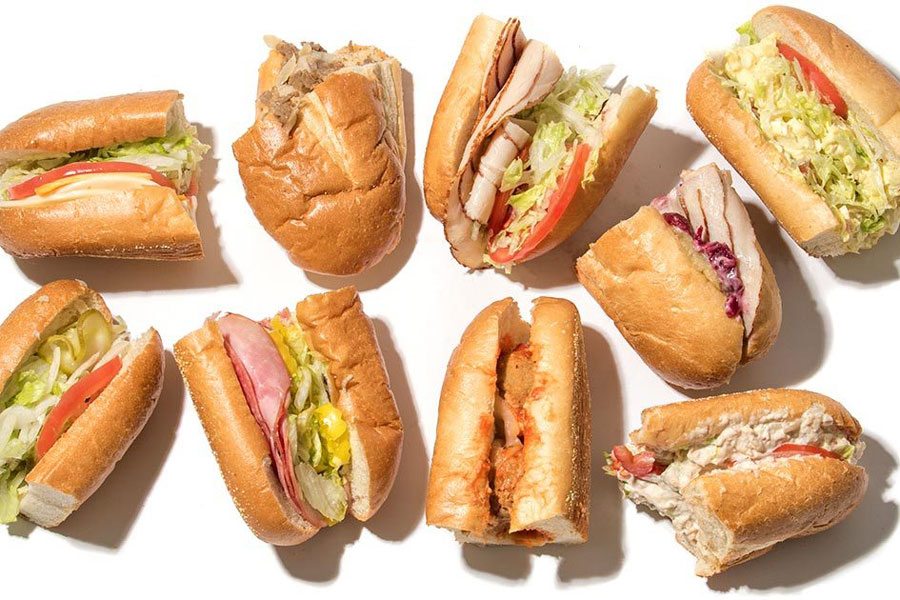 We ranked the best Wawa sandwiches and hoagies.

As we’ve done before with Rita’s water ice flavors and Herr’s potato chips, we are ranking Wawa hoagies. As a public service, of course. And also because we just like picking fights over stuff. So here we go … 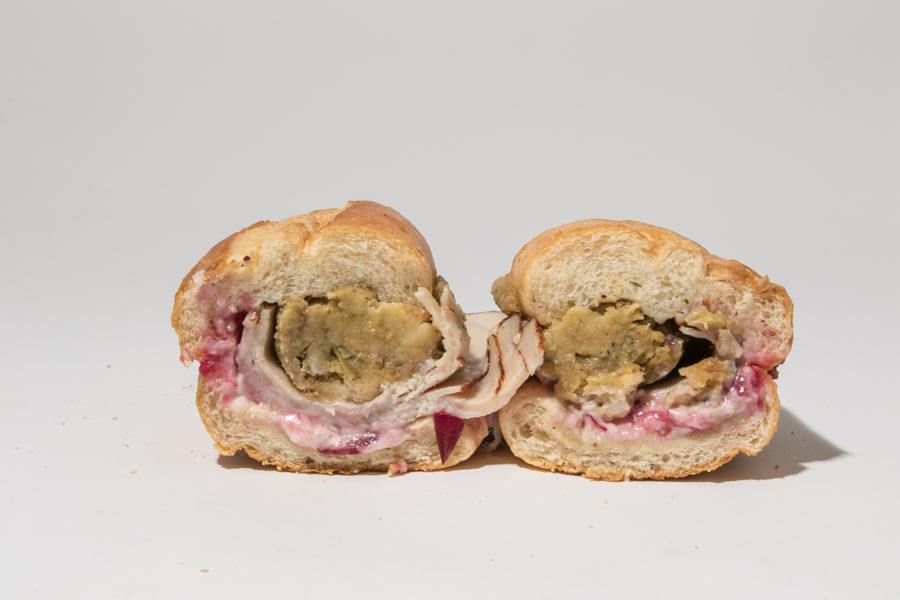 Is there really any question about the Gobbler being the Number One Sandwich at Wawa? No, there isn’t. It is comfort on a roll. A portable Thanksgiving dinner. Warm and sloppy and cheap and delicious all at the same time. My only complaint? That it isn’t available 365 days a year. Or sometimes after 9 p.m. And that it doesn’t automatically come with a side of mashed potatoes to dip the entire sandwich in. 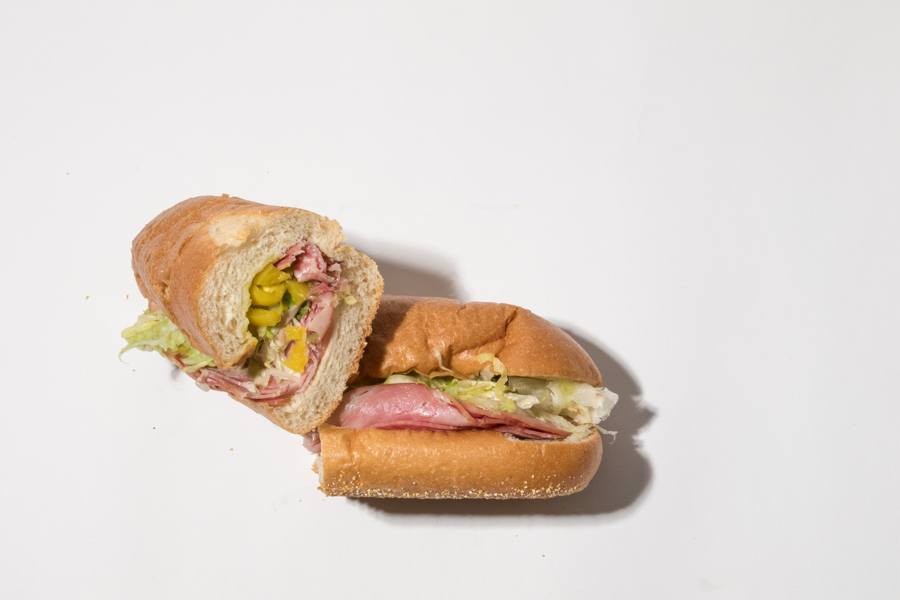 I would argue that the Wawa Italian hoagie is a benchmark sandwich. Every other Italian hoagie in town? It can be judged on whether it is better or worse than the one at Wawa. Here, we’re talking a thin, folded stack of ham, hot ham (that doesn’t really taste like capicola) and thin-sliced salami, lettuce, onion, tomato and provolone. Honestly, the Wawa Italian is best eaten as leftovers, but if you’re going in that direction, make sure you get enough oil and vinegar so that the bread stays soft and squishy. And double meat. You deserve it.

Wawa hoagies are at their best when you keep it simple. And the standard-issue ham hoagie with all normal vegetables, salt, pepper and oil is a damn fine sandwich. 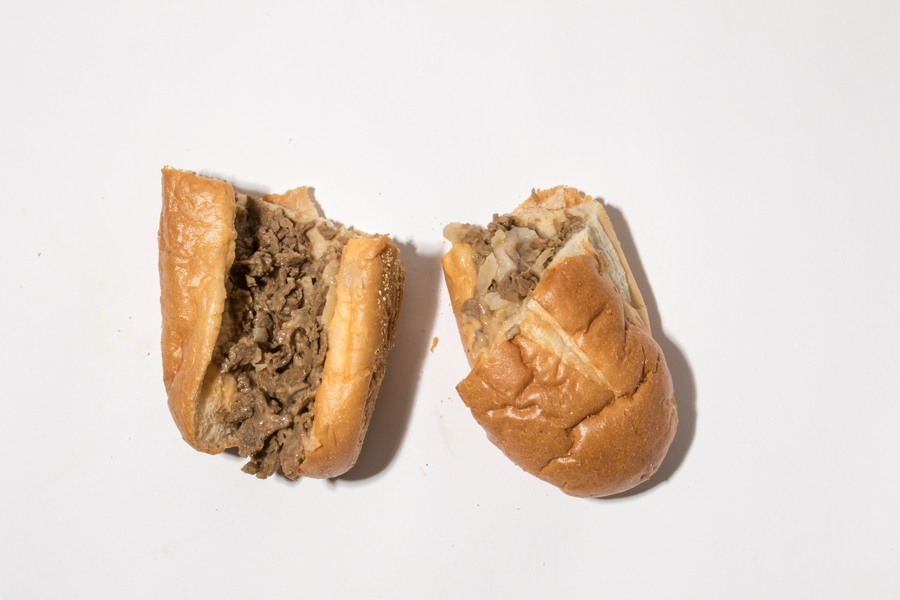 There’s something about the hour (and your particular blood alcohol content at the time of ordering) that makes the Wawa cheesesteak a wildcard on this list. If it’s late, if everything else in your neighborhood is closed, if you’ve had a bad night, a great night, a long night or just forgot to eat, a Wawa cheesesteak — all hot and gooey and salty as hell — can be one of the greatest things in the world. 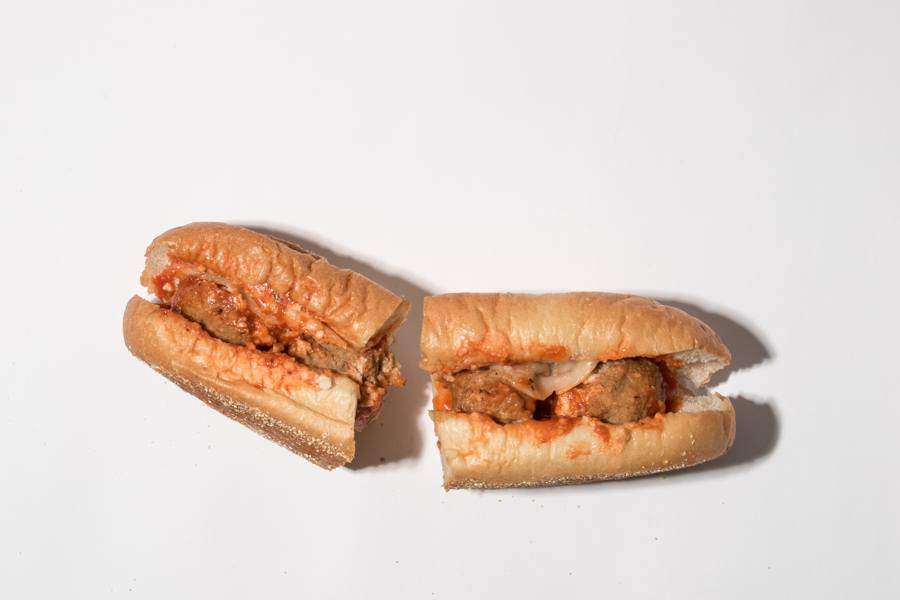 This one comes with a strong qualifier: It is not a bad sandwich, but neither is it a very good one. It exists to serve a very specific purpose in Philly’s sandwich ecology: to be the meatball sandwich you eat when you simply must have a meatball sandwich but either a) no other meatball sandwiches exist in your immediate vicinity, or b) you don’t want to drive any further than the nearest Wawa. 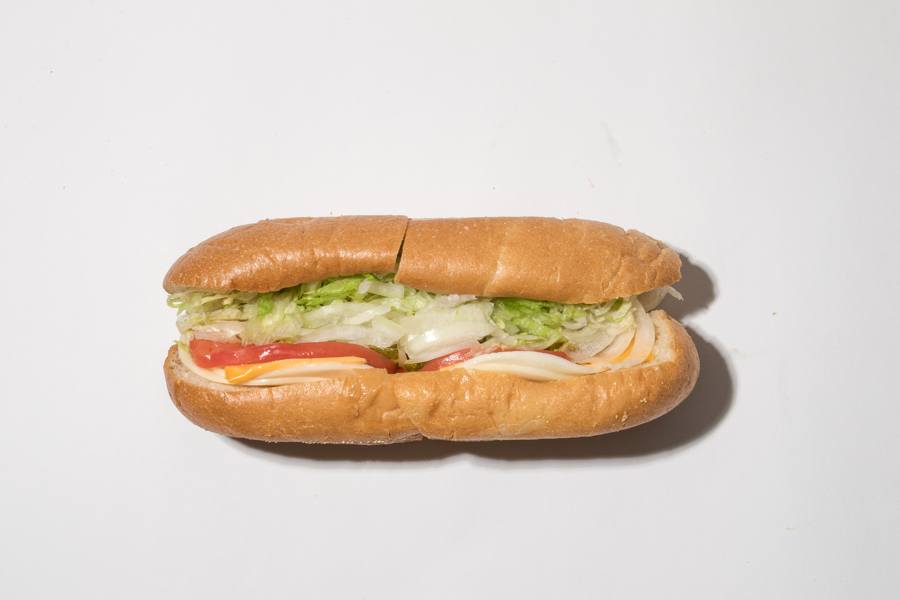 Some people swear by these — a hoagie made out of all available cheeses, plus hoagie toppings. Personally, I found this sandwich somewhat suspect until I tried one for myself. It’s light, easy to eat, isn’t instantaneously guilt-inducing and (for a Wawa sandwich) feels almost healthy. But on the other hand, it tastes EXACTLY like a hoagie that someone forgot to put meat on, which I find disconcerting. 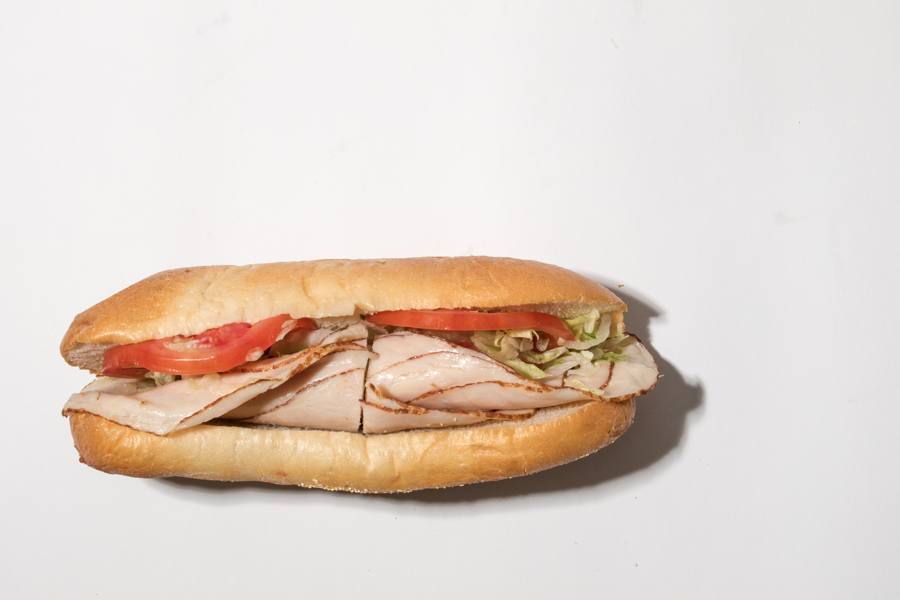 The sandwich for people who find ketchup on a burger too exciting. It is the Jennifer Aniston of sandwiches. Satisfying, I guess, but no one is ever going to give it an award for anything.

There is simply no excuse to order a Wawa cheesesteak before midnight. 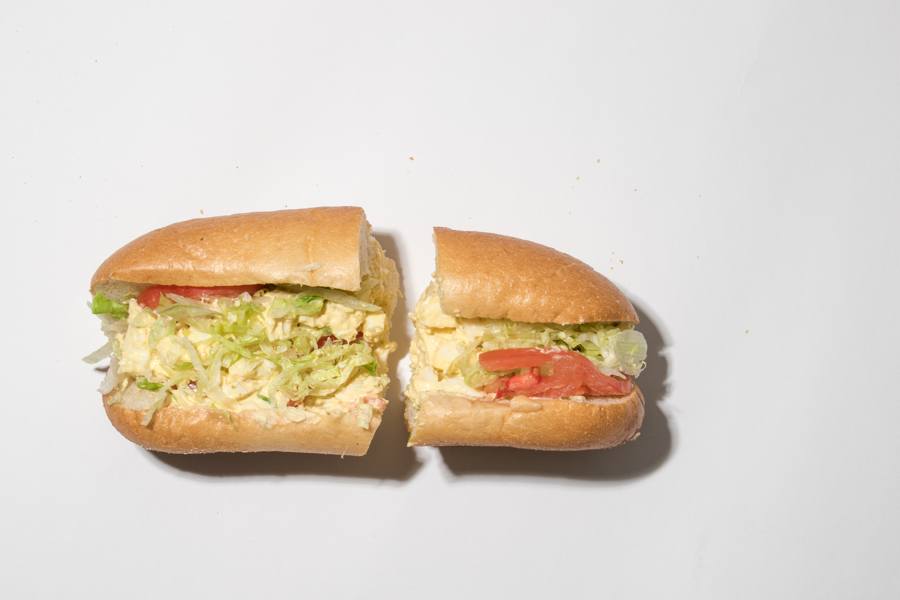 Just don’t do it. Half of it always winds up on your pants.

This one is a personal vendetta. Wawa used to offer a salami hoagie that was perfectly acceptable within Wawa parameters. Then it vanished from the menu and this childish abomination — a cheap-ass pizza sandwich simulacrum made with provolone — appeared in its place. Pepperoni should not be a sandwich meat. Full stop. 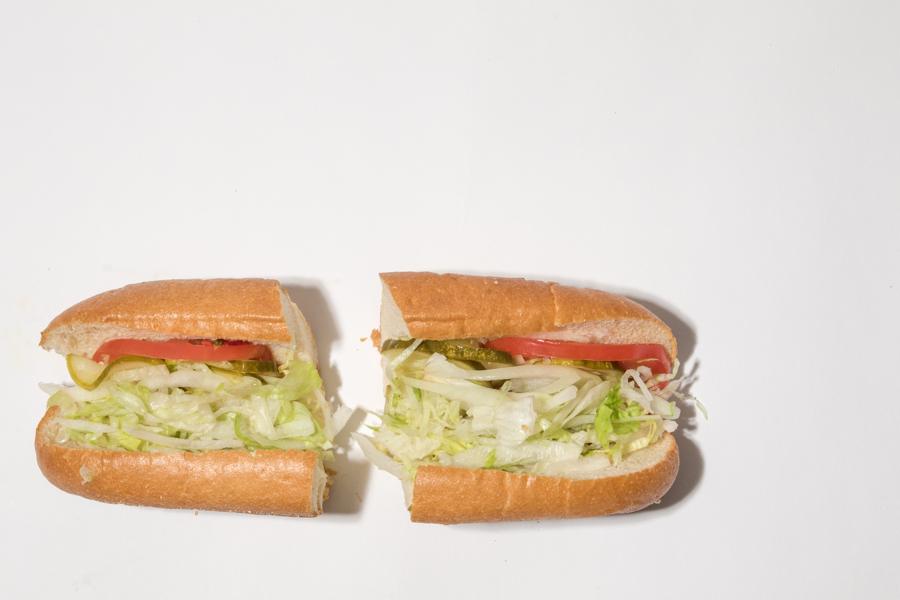 Seriously, Carla? Who are you trying to impress here? You’re already standing in line at a Wawa. Don’t pretend like you’re trying to eat clean and live healthy and be better than the rest of us. Just get an Italian hoagie, double oil, a box of mini-donuts and a 64-ounce Slurpee like you really want and stop trying to shame the rest of us. Oh, and if you’re doing it because you’re vegetarian, well, then… okay. That’s perfectly reasonable.

Should only be available to drunken teenagers or children under 10. If you are not one of those things but are still ordering chicken finger sandwiches, well…

Bacon is one of the worst things that Wawa does. 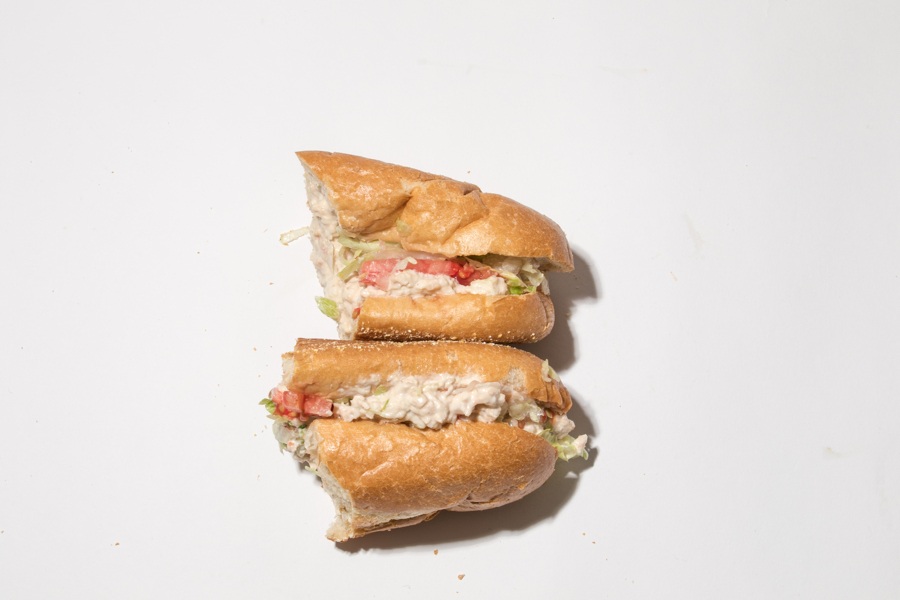 Ordering a tuna sandwich from a gas station is always a bad idea. That’s just, like, a law.

My editors told me that I couldn’t include this one because technically it isn’t a purely Wawa sandwich, since you have to turn on the stove at home to get it just right. But I love you people. I trust you. And I believe you have the skills necessary to make this Philly-Cuban fusion sandwich happen. All you gotta do is bring it home, heat up a pan and flat-grill it in butter on both sides under a weight (or use a panini press if you’re fancy). The result? An improvised Cubano sandwich, fast-food style.