New Book Celebrates What Makes Philly a “City of Homes” 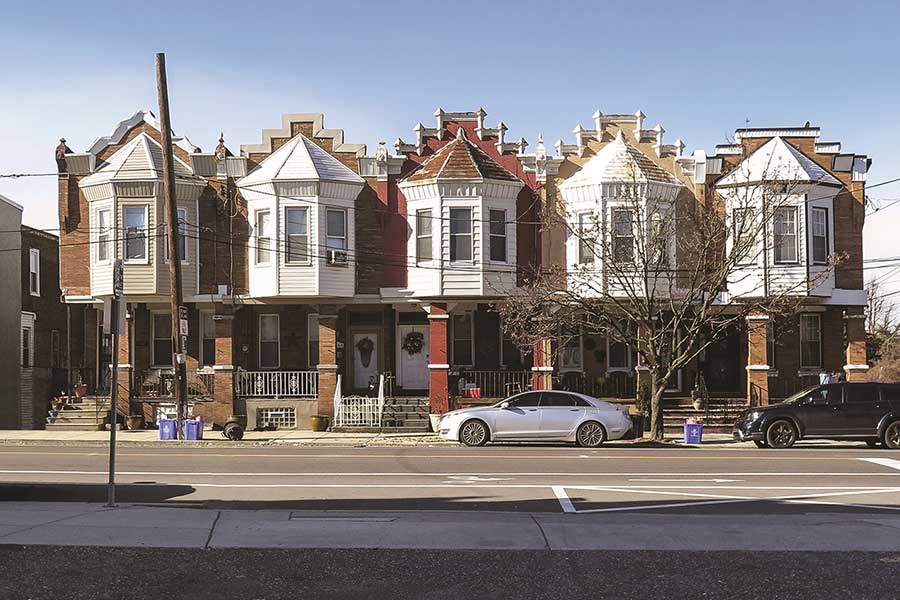 The stepped cornices atop this imposing row on 33rd Street in Tioga derive from traditional Dutch architecture. / Photograph by David S. Traub

The Center City District’s glossy February report on “Residential Resiliency” arrived with a loud cheer for what it calls “Greater Center City,” defined as stretching south from Girard Avenue all the way to Tasker Street and from river to river. Despite the uncertainty born of the pandemic and Center City’s woes stemming from widespread work-from-home policies (the district notes that pedestrian volume plummeted 74 percent from January to April 2020), the downtown population is rebounding, and the number of residential permit applications has soared, with new housing units proposed or being actively constructed reaching 17,279 in 2021, up from 3,982 in 2019.

That’s the good news. The, um, more questionable announcement was that 95 percent of all newly constructed Greater Center City units last year were apartments, not homes.

What’s wrong with that, you say? Rental units will attract more highly desirable younger residents, right — Gen Y and Gen Z members who couldn’t possibly afford to buy homes, what with the burden of their college loans and the uncertain job market? Who needs a house, anyway, when young people aren’t even having kids? 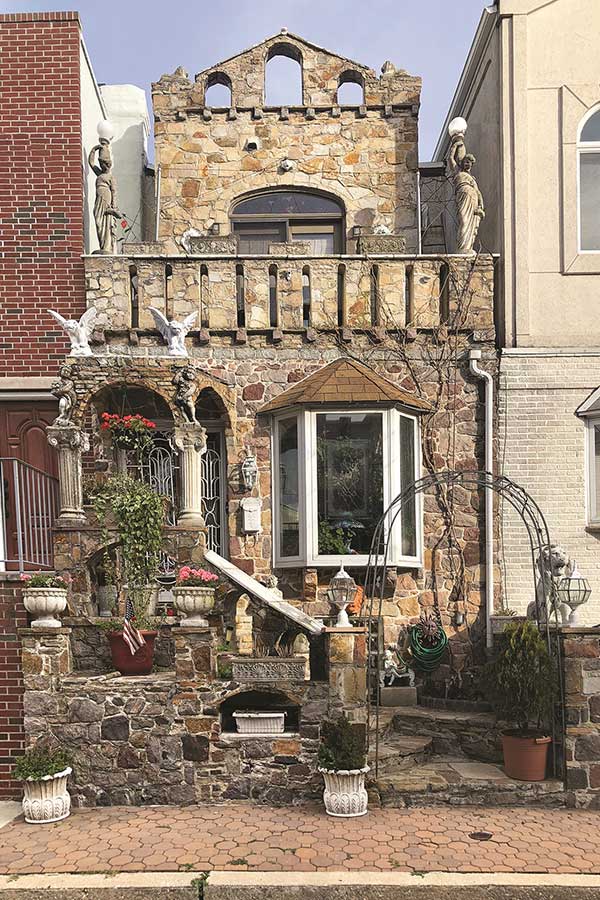 An ornate Packer Park palazzo between two nondescript neighbors is crowned with gargoyles and nymphs. / Photograph by David S. Traub

Fair enough. But a book published by Philly’s own Camino Books last year — Philadelphia: City of Homes, with text and photos by architect David S. Traub — makes a forceful argument that home ownership is precisely what has distinguished this city from its nationwide peers and contributes to its special character. As Traub writes in his introduction:

Philadelphians want to live in a house. That is the thesis of this book. Philadelphians like to open their front door and step out onto a sidewalk along a street. It is a characteristic embedded in their urban genes. The resultant low-built spread of single-family homes provides Philadelphia with a sense of livability that should inspire the envy of other American cities.

“Livability” is so desirable these days that, as our real estate editor Sandy Smith reported in our March cover story, suburbs and exurbs across the United States are trying to retrofit it into their planning, artificially creating the sorts of neighborhoods that so naturally developed here. Traub traces the history of the city’s growth and spread via the single-family dwelling, from the cramped rowhomes of Society Hill and South Philly to the grand brownstones of Spring Garden to the peculiar, sometimes gorgeous, sometimes grandiose mansions that dot North Philly, the Northeast, and every other neighborhood. Dozens of photographs he took himself illustrate everything from fellow architect Anne Tyng’s odd Waverly Street townhouse to an Arts and Crafts bungalow in Germantown to an indescribable rowhome in Packer Park embellished with urn-bearing nymphs and gargoyles. Those who’ve spent time exploring the city on foot will recognize a host of houses they’ve always wondered about and learn from Traub’s descriptions some of the whos and whys of our architectural anomalies. 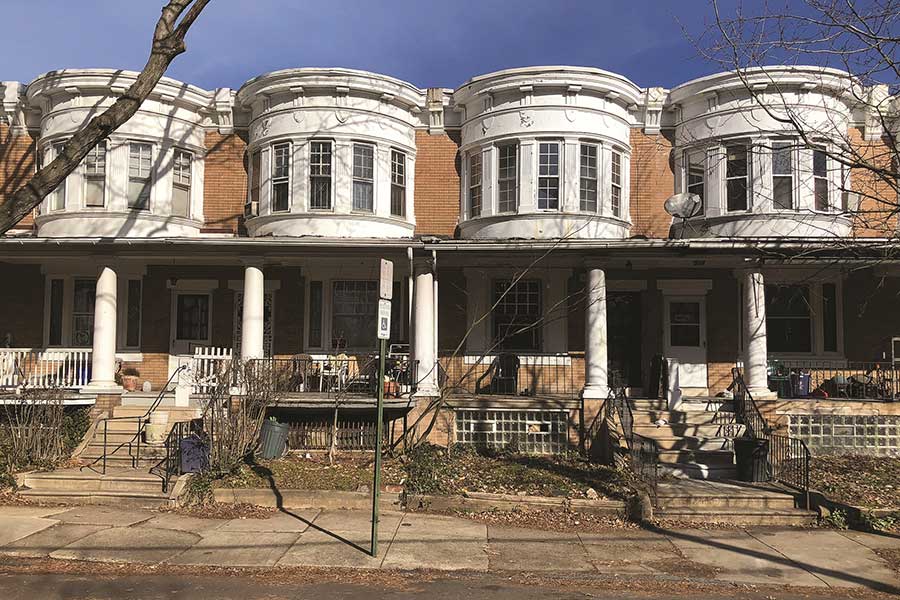 Unusual half-round bay windows are supported by fluted Doric columns on this row on Morris Street in Germantown. / Photograph by David S. Traub

The foreword to the book, by Bruce Laverty, curator of architecture at the Athenaeum of Philadelphia, notes that between the years 1887 and 1893, this city produced 50,288 single-family homes, or a new house every 27 minutes: “So proud was Philadelphia of this remarkable accomplishment that the city’s contribution to the 1893 World’s Columbian Exhibition was the model ‘Workingman’s House.’ Designed by Philadelphia architect E. Allen Wilson, the two-story, three-bedroom rowhouse was so popular that crowds wore out its floor boards.” It represented, Laverty writes, “a modern miracle”: that “any industrious and frugal workingman living in Philadelphia may become a homeowner if he desires.” Instead of crowding into tenements as in Chicago and New York, laborers here could realize the new American dream of homeownership — a dream nigh unimaginable to emigrants from nations where royalty and nobility had owned the land, and to the formerly enslaved.

So forgive those of us whose ancestors grew up in the close confines of Society Hill’s alleyways, the packed rowhouses of South Philly, the twins of Oxford Circle and the grand Queen Annes of Cedar Park if we don’t join in the ecstatic celebration of Greater Center City’s residential revival, since it comes so largely in the form of apartments and flats. Home can be anywhere, of course, as all good country singers know. But we’re city kids, and we hate to see our City of Homes toppled, carved up and subdivided. We’re grateful to Traub, though, for his priceless photographic preservation of the way we were.