Our politics-as-usual took a big hit on Monday when Dougherty, the powerful labor leader, and Bobby Henon, the City Councilmember, were found guilty on most charges of conspiracy. 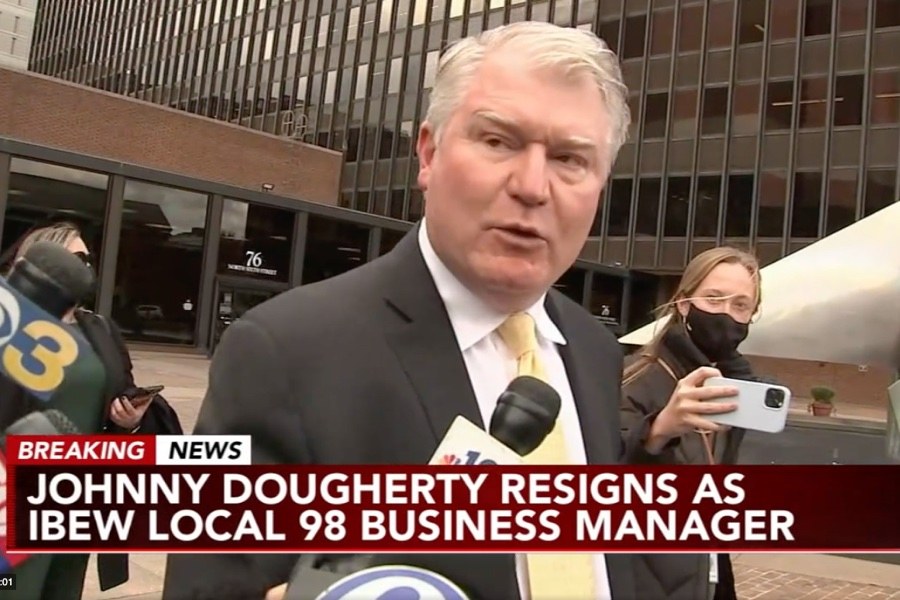 Will the Bobby Henon/John Dougherty verdict mark the end of politics as usual in Philly? Photo courtesy of 6 ABC

In other words, the jury felt that Johnny Doc had essentially bought Henon’s vote in City Council.

Dougherty and Henon continue to profess their innocence, with the former telling the press that he plans to appeal. But regardless of what happens next, the Dougherty verdict is a big blow to “Philly politics as usual” and has major implications for our local officials and candidates down the road.

City Council is going to get a shake-up.

Henon doesn’t have to resign until his official sentencing, and he’s said he plans to stay on until that time, but that doesn’t mean powerful people won’t urge him to step down. Northeast state Rep Jared Solomon and Councilmember Maria Quiñones-Sánchez, who both called on Henon to resign after his initial indictment, have doubled down following the verdict. When Henon eventually leaves office, the Northeast will have to find a successor for his district seat, to be chosen in a special election. But regardless of the outcome, silence is no longer an option — or at least, it shouldn’t be.

Political influence will now be under a microscope.

Is this ethical? Does this cross the line? Does it look like a conflict of interest? These are the questions elected officials will have to ask and answer more often following this verdict. What was once socially accepted as “Philly politics as usual” — super-cozy relationships and possible quid pro quos between politicians and private interests — will now receive a higher level of scrutiny. For example, City Councilmembers are legally allowed to earn additional salaries beyond their positions — but now, they might want to reflect a bit more on who is issuing those checks. Once elected, Henon continued to be paid by Dougherty for a Local 98 job — one that prosecutors argued was used  to control his Council vote. This verdict should now have everyone in politics dotting I’s and crossing T’s when it comes to avoiding anything that might even appear to be “pay to play.”

Campaign fund-raising is going to get interesting.

John Dougherty’s IBEW Local 98 has been the largest independent source of campaign money in Pennsylvania for some time. After his conviction, Dougherty resigned his leadership role, so it’s going to be interesting to watch whether candidates continue to accept contributions from his union. Also: Will the union remain as influential without him? Will whoever eventually takes over be as effective? Several progressive candidates continued to receive Local 98 support while Doc was under indictment, but now that the “innocent until proven guilty” deflection is no longer available, it might be hard for candidates running on credibility, integrity and transparency to align themselves with an organization whose previous boss has been found guilty of bribery, fraud and conspiracy.

Johnny Doc was one of the most powerful political kingmakers in Pennsylvania. In addition to Henon, Mayor Jim Kenney, Councilmember Helen Gym, and countless other state judges and legislators owe a great deal of their clout to him. With the Dougherty verdict in, the good-ol’-boys club of white men running Philly politics (looking at you, Bob Brady) has taken another hit. Perhaps this major shockwave can inspire a new legion of ambitious electeds to flip the current Democratic leadership.

This will impact the mayoral race.

This verdict has major ramifications for the mayoral election in 2023. Gym, viewed by many observers as a potential front-runner, will have to explain her relationship with Henon and Local 98 following revelations during the trial that she didn’t properly record gifts from the union when she was first elected. It doesn’t help that she remained loyal to Henon in the wake of his indictment. How will Gym’s colleague (and fellow likely mayoral challenger) Quiñones-Sánchez wield the fact that she remained steadfast in her calls for Henon to resign? It will be interesting to see how City Controller Rebecca Rhynhart (yes, another likely mayoral candidate) incorporates this into her ongoing campaign for institutional accountability. Other whispered candidates, such as Cherelle Parker and Cindy Bass, have accepted campaign contributions from Local 98. Any candidate interested in becoming the city’s 100th mayor had better be ready to address this.