Jared Solomon on Calling for Bobby Henon’s Resignation: “I Stepped Up”

“I do not believe I will be receiving any holiday cards from Local 98 moving forward,” says the Northeast state rep — the only elected official so far to call on the indicted councilman to step down. 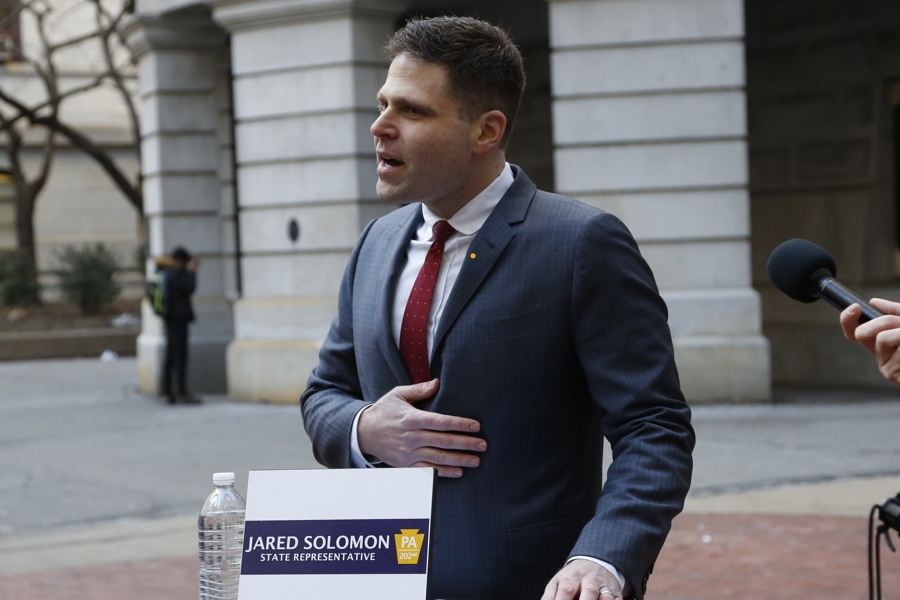 Last week, state Rep. Jared Solomon, who represents the the 202nd District in the Northeast, surprised many when he called for the resignation of recently indicted City Councilman Bobby Henon. In an exclusive interview with Philadelphia magazine, Solomon explains why he made the decision to become the first elected official to publicly call out the embattled politician.

What compelled you to take this stance?
I wanted to call out corruption. In addition, I think my sheer amazement at the silence and the nonchalance displayed by other elected officials. Philadelphians need to expect more and demand better of their elected officials. They think that the councilman’s behavior is par for the course for all politicians. Sadly, the burden of proof is on us as elected officials to prove that assumption wrong. While it would be great if other elected officials joined me, I stepped up because I believe it is important to give people in the Northeast and throughout the city the space to voice what they have all been thinking and saying privately – that they are pissed off by this rampant and blatant corruption, and they want something done about it.

How have your fellow Democrats reacted?
I have been amused at the disappointment that I am not running for Henon’s seat – as though the only reason I should have called on him to resign is a personal motive. The political class in this city, including the media, spends too much time obsessing over who is going to run for what next, and not enough time asking whether the people we have in office ought to be there. We need to change our focus, but we probably also need new tools to make sure that those who have been shown no longer fit to serve are held accountable between elections. From Democratic elected officials, the response I have received has been – with one or two exceptions – crickets. But I am getting good feedback from citizens. People are happy I voiced what we all have been thinking, and that I was not afraid to do it right in City Hall. Sure, I have gotten a couple calls at my office from Local 98 people telling me to go pound sand, but that is expected.

Why do you think other Democrats, including Mayor Kenney and members of City Council, haven’t called for Henon to step down?
I think you have a few things going on here. One, it is an election year and they need Local 98 money and manpower to get them reelected. There is also this fear of the unknown – they build up in their head a myth of Johnny Doc’s power that they are too afraid to provoke. Others simply do not care — corruption is not news to them. And lastly, I think some people sincerely believe the court proceedings should play out before saying anything. I respect that view. I disagree, but I still respect that.

Though Local 98 has donated to your campaigns in the past, you haven’t received any contributions since the 2016 primary. Do you suspect that they’ll back a challenger to run against you next year?
Suspect is the right word. I do not believe I will be receiving any holiday cards from Local 98 moving forward. And yes, it would be safer for me to sit on the sidelines knowing I have a reelection coming up next year. But I cannot truly represent my district and residents that have put this faith in me if I am driven by fear. I am proud of the work we have done in the district and in Harrisburg, and I welcome any opportunity to share that message and be held accountable for my work.

Why do you think it’s important to hold others within your political party accountable when they’re facing criminal charges?
If you as an elected official cannot stand being held accountable, you are in the wrong line of work. Accountability should be to politicians what hits are to football players. Now, there is nothing like the accountability of a criminal conviction, but we in public life have a duty to call out malfeasance whether or not it rises to the level of criminality. I am an attorney, I read the indictment — this is serious stuff. At my press conference I was not calling for him to go to jail without a trial; there is due process for that. But using taxpayer money, city departments, and the public processes to do the bidding of Johnny Doc is disqualifying in and of itself.