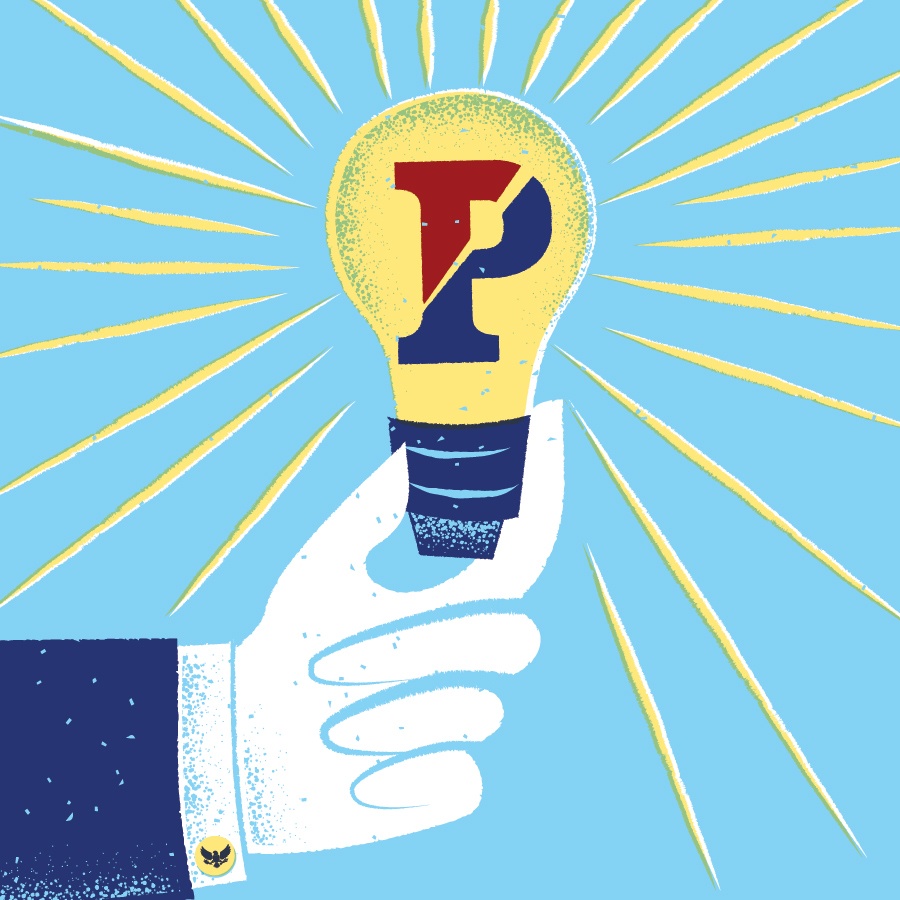 The Biden administration continues to bring Penn people on board. Illustration by James Olstein

After Donald Trump was elected in 2016, former Vice President Joe Biden became Penn professor Joe Biden, returning to the campus that awarded him an honorary degree in 2013 so he could have panel discussions on politics and foreign affairs, headline major events, drop in on classes, and establish his namesake center. His immersion in the city’s intellectual and academic life and his family ties — daughter Ashley, granddaughter Naomi and late son Beau all graduated from Penn — set up a sturdy network of local connections for the politician from neighboring Delaware.

So it was hardly surprising when President Biden called on Penn president Amy Gutmann to serve as his ambassador to Germany. Or appointed Comcast honcho David Cohen, a Penn Law grad and former Penn board of trustees president, his ambassador to Canada. (Granted, the $700,000 the latter once served up at a Biden fund-raiser and the $910,000-plus the former paid the school’s “Benjamin Franklin Presidential Practice Professor” may have had some impact.) Or named Penn bioethicist Zeke Emanuel to his COVID-19 advisory panel (and is reportedly considering him to head the FDA). Not to mention making Wharton grads Isabella Casillas Guzman head of the Small Business Administration, Gary Gensler chair of the Securities and Exchange Commission, and Rohit Chopra chief of the Consumer Finance Protection Bureau. Enough!

Don’t get us wrong; we’re happy for our Penn friends. It’s just that strutting on the national stage has a way of making folks forget their roots. Sure, America’s got problems, but we here in Philly have problems, too. That’s why we’re begging Biden to pick on Peoria. Lean into Louisville. Dial in on Dallas. Hell, jerk Jacksonville over! Just leave Philly out of it. We’ve already done our part.

Published as “Biden’s Penn Brain Drain” in the November 2021 issue of Philadelphia magazine.