From Penn State to Temple, Penn to Ursinus and Moore, turnover is churning in the world of higher ed. 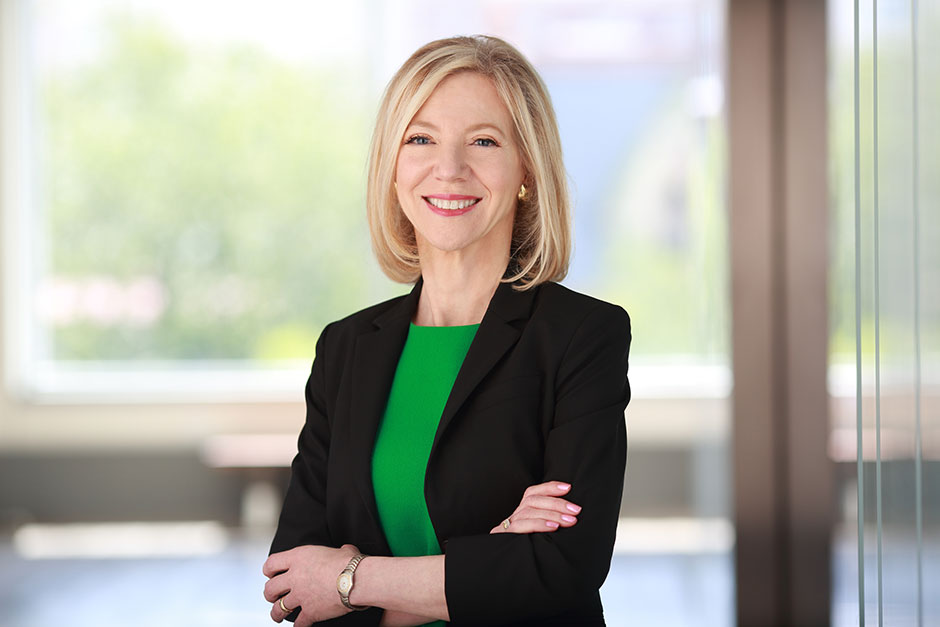 Amy Gutmann was recently tapped to be ambassador to Germany. Photograph courtesy of the University of Pennsylvania

The recent news that University of Pennsylvania president Amy Gutmann has been tapped by President Joe Biden to become the nation’s ambassador to Germany wasn’t a big surprise. Her dad was a Holocaust survivor, and her latest contract extension — she came to Penn in 2004 — was due to run out next year. (The highest-paid and the longest-serving Ivy League president, Gutmann declined to take a COVID-sparked cut in compensation last year, in contrast to at least four of her peers.)

What is surprising is the crowd of local college presidents who have also left or have announced they’re leaving their positions — more than a dozen, according to our running count. Gee, what with a pandemic, declining enrollments, labor unrest, the need for increased diversity and inclusion, drops in state funding, and widespread concern over student debt, the job must be harder than you’d think.

Here, in alphabetical order by school: who’s on the move, where, and why:

Sister Carol Jean Vale, who’s led this small Catholic college for the past three decades, announced in February that she’ll retire as of June 2022, when her contract expires. The college is conducting a national search for her successor. “It’s very clear to me when it’s time to move on,” Vale, who nearly doubled the size of the campus and has donated her salary to her religious order, told the Inquirer. “At 75, it’s time to move on.”

Margee Ensign, who left the American University of Nigeria to become head of this small liberal-arts college in Carlisle in 2017, has announced she’ll return to the African nation that’s been rocked by violent insurgents, telling the Chronicle of Higher Education, “We want to establish AUN as the beacon of light in the country and on the continent for education, for development, for health, for law, for media.”

After six years on the job, Colleen M. Hanycz is leaving La Salle for another Catholic school: Xavier University in Cincinnati. Because of COVID, La Salle, which is “lightly endowed” and was already experiencing financial woes, was hit with layoffs and salary cuts in 2020.

Alison Byerly, a Glenside native who led the college for eight years, is leaving to become president of Carleton College in Minnesota. Her replacement as of July 1st is Nicole Hurd, a historian and founder of college access and affordability organization College Advising Corps.

In August, former Dartmouth College provost Joseph J. Helble will become the 15th president of Lehigh University. Helble, a 1982 graduate of Lehigh, succeeds John D. Simon, who will return to teaching next year.

Cecelia Fitzgibbon, president here since 2012, announced in May that she’ll retire in June of next year. She was previously a professor and administrator at Drexel; the search for her successor is ongoing.

Eric Barron, who became president following the Jerry Sandusky scandal, announced in February that he would step down in June 2022 after eight years on the job, in which he emphasized accessibility and affordability and attempted to crack down on fraternities in the wake of the hazing death of Tim Piazza in 2017. He came to Penn State from Florida State University.

This 68-year-old alternative to community college located in Rose Valley-Media has announced the appointment of H. Matthew Meyers, the school’s executive vice president, as its 11th president and CEO. Meyers steps into the presidency following the death of former president William B. Robinson, who died of COVID-19 in January.

The Camden campus of New Jersey’s biggest state university named Antonio Tillis its new chancellor as of July 1st. He replaces interim chancellor Margaret Marsh, who stepped in for Phoebe A. Haddon, now chair of the board of directors of the Federal Reserve of Philadelphia. Tillis was previously dean of the college of liberal arts and social sciences at the University of Houston.

In June, Temple named Jason Wingard, a native of West Chester, as president — the first Black president in the school’s 137-year history. Wingard formerly served as a professor and administrator at Columbia and Stanford and worked at Goldman Sachs. Wingard replaces longtime professor and administrator Richard Englert, who served in the top spot for five years after former president Neil Theobald resigned under pressure in 2016.

The liberal-arts school in Collegeville announced in June that president Brock Blomberg was stepping down to become president of the California Institute of Integral Studies in San Francisco. Blomberg, a political economist, came to Ursinus from Claremont McKenna College in California; a national search is under way for his successor.

Philadelphia native Julie E. Wollman has announced she’ll retire from the presidency of this Chester school next June to join the faculty at Penn’s Graduate School of Education, where she’ll become a professor of practice in higher education, preparing future generations of leadership. She’s been at Widener for six years, having come from Edinboro University in Erie County — one of six state schools slated to merge into two next year. She said that the past 16 months of leading the school have left her exhausted.

Editor’s note: This post has been updated to include the Pennsylvania Institute of Technology and Widener University.