Bart Blatstein Is Bringing Real Boxing Back to Atlantic City

More than three decades after he sat ringside to watch Mike Tyson KO Michael Spinks in Atlantic City, the mega-developer brings the sport back to the Shore town. 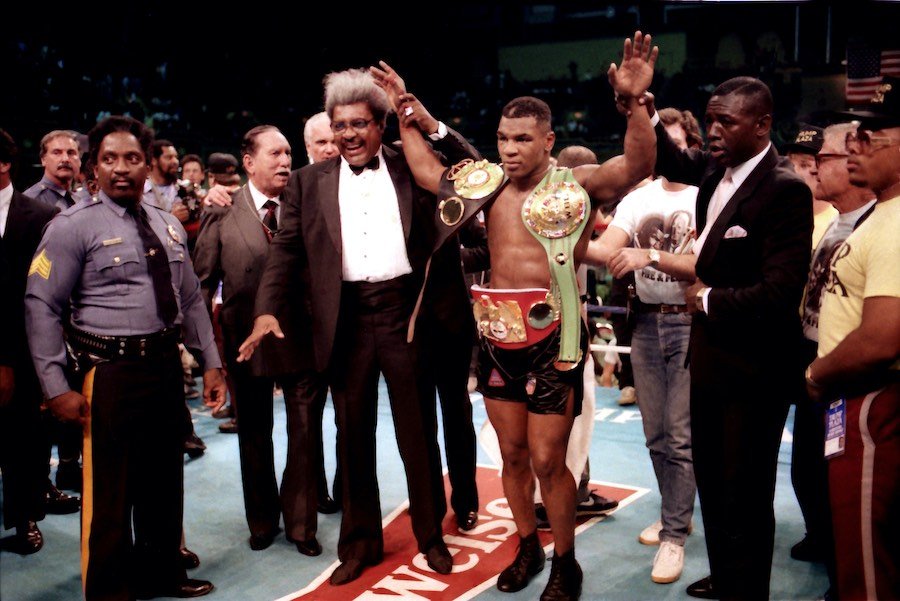 It was June 27, 1988, back when Atlantic City boxing — even boxing, period — was a thing. Mike Tyson vs. Michael Spinks at Boardwalk Hall in Atlantic City, presented by Trump Plaza. Everybody was there. Madonna and Sean Penn. Jack Nicholson. Jesse Jackson. Stephen King. Oprah. Dennis Hopper. Paul Simon. Donald Trump. And … Bart Blatstein?!

“I was the guest of someone, and we were seated ringside,” says the Philadelphia mega developer, who was a virtual unknown in 1988. “The fight starts. My friend turns around to say something to the guy behind him. And by the time he turns back around, the fight was over.”

Yes, it was that Mike Tyson fight. No, not the one where he bit the other boxer’s ear off. The one where boxing fans all over paid up to $70 each to watch the pay-per-view fight at home, only to be treated to an overhyped match that lasted just 91 seconds, with Tyson KO’ing Spinks.

Boxing was already in decline, and that letdown didn’t help. In more recent years, boxing has all but been replaced by mixed martial arts, cult-followed extreme wrestling, and other forms of combat-for-cash. But boxing purists scoff at those. And so, more than three decades after he watched Spinks go down in the first, Blatstein believes it’s time to bring boxing back to its former glory.

“Boxing is about to come roaring back,” predicts Blatstein. “It may have taken a back seat for some time to MMA and things like that. But people love boxing. It’s a lot more relatable than MMA. I punch you. You punch me. Who can’t relate to that these days?” And he laughs.

On Saturday, July 31st, Blatstein will launch the Boardwalk Boxing Series at Showboat, the storied Atlantic City hotel and former casino he bought in 2016 for pennies on the dollar. And these aren’t exhibition bouts.

“These are the first fully sanctioned professional fights in the region in years,” he brags. “We’ll have more fights than any venue in the state. We are really going to specialize in real boxing.”

Dominating the boxing world is just Blatstein’s latest plan for Showboat, which lacks a casino. He recently debuted the positively huge Best of Philly-winning arcade Lucky Snake inside Showboat. And he’s planning a massive indoor-outdoor waterpark, which he says he’ll break ground on later this year.

“I marvel at the amount of business we’re doing down here,” Blatstein tells Philly Mag. “And it just proves the point that Atlantic City has so much potential and that the crowds are really anxious for something other than a casino.”