The transit agency says it's 90 percent of the way back to its pre-pandemic service on buses, trains and trolleys. But with late-night subway and trolley-tunnel service nixed, plenty of gaps remain. 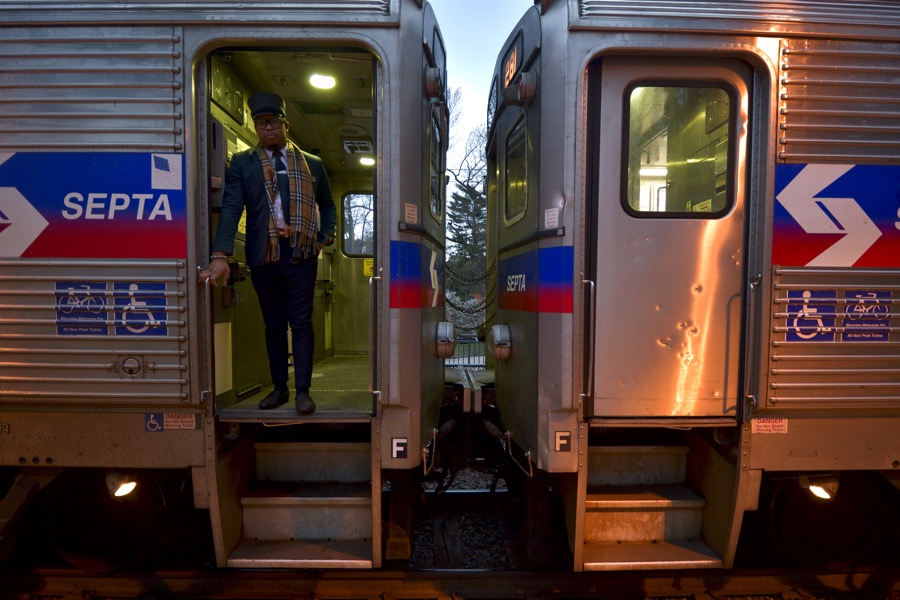 Everywhere you look, there are signs of Philadelphia’s reawakening. Restaurants are packed — indoors and out. Streets are thronged with people late on a weekend night. Lines have moved from the grocery store back to where they belong: outside of bars. But as more and more people come into Center City to socialize en masse for the first time in ages, there’s a new problem once the clock strikes midnight: It’s damn near impossible to get back home.

That was evident the other weekend in Center City, where 13th Street, closed off to cars and with its stretch of Gayborhood clubs, was packed like a miniature Bourbon Street. As it came time to wrap up the night, people wove through a maze of cars locked in traffic as they tried to find their Ubers. Normal enough, right? Except that ridesharing is now expensive. And the cheap option, public transit, was wasn’t offering much, either. In fact, none of the city’s marquee trains — the Market-Frankford El, the Broad Street Line and the Center City trolleys — have been operating past 12:30 a.m. (or midnight, in the trolleys’ case) since December. The gated-shut entrance to the trolley concourse on 13th Street had the look of a decommissioned fallout shelter.

SEPTA was in a financially precarious position even before the pandemic. Ridership has declined for eight years running. A recent report from the Urban Institute found that Philadelphia transit has lost 100,000 commuters since 1970 — more than any other city in the country. This despite the fact the metropolitan area actually added 900,000 jobs over the same period. All that lost potential revenue, along with a dicey state funding situation for capital improvements, means it’s hard to make the infrastructure investments and other changes that might stanch the bleeding ridership. And this was all before the pandemic hit last spring, eliminating 90 percent of ridership almost overnight.

In response, SEPTA, like many of its fellow transit agencies, decided to cut back on service. The city is now reopening in full force, and SEPTA has made some strides toward bringing back service, but some notable gaps remain. In the place of late-night Broad Street and Market-Frankford service, SEPTA is running “Nite Owl” buses every 15 minutes that few people other than Philly-transit diehards know about, bringing us back to the embarrassing pre-2014 days when Philly lacked late-night weekend train service. The trolley tunnel is closed overnight, too, forcing riders onto a different Nite Owl bus, followed by a transfer to an aboveground trolley. The Cynwyd Regional Rail line isn’t running at all, the Chestnut Hill West line isn’t operating on weekends, and Main Line connector Paoli-Thorndale is running trains only every two hours on weekends.

Given all these service cutbacks, it’s sort of amazing that when you break down the numbers, SETPA’s transit department (which includes subways, trolleys and buses) is running at 90 percent of its usual service. Regional Rail, with its heavier commuter base that hasn’t yet come back to the office — and may not at all — lags further behind, in the 55 percent range. Overall ridership, SEPTA says, is still just 40 percent of pre-pandemic levels — and 20 percent on Regional Rail. The routes that have been cut back, according to spokesperson Andrew Busch, weren’t that popular even before the pandemic — and certainly not during it. For the last weekend of February 2020, late-night ridership on the Broad Street and Market-Frankford lines totaled 6,279. On the last weekday before SEPTA closed the trolley tunnel overnight in November, there were a total of 175 passengers on 40 trains.

Still, the deficit feels particularly acute now that people are out late at night again. Transit advocates say the service cutbacks are emblematic of long-standing managerial problems at SEPTA. Even without commuters coming into the city, Ben She, a member of the urbanist group 5th Square, says the lack of Regional Rail service is having negative ripple effects through the system. “People often forget that one-third of all Regional Rail stations are actually located within the city,” he says. “In the past, these have been somewhat premium-priced services for people who could afford it, but it also helped get people off crowded buses and trolleys. Now, since the service is so terrible, people have been crowded more and more on workhorse routes. It’s exacerbating service for everyone.”

SEPTA says it plans to bring back many of these routes. In its recently approved $1.5 billion operating budget for fiscal year 2022, the agency said this funding will enable it to operate at 96 of its pre-pandemic service for transit and 80 percent for Regional Rail. It’s pledged $25 million toward a bus network redesign, which advocates are hopeful could dramatically improve service on the single most-used part of SEPTA’s service, making up nearly half of all trips. A Kenney administration planning document has also suggested turning Regional Rail into a subway-esque service with trains running every 15 minutes, though that’s firmly in wish-list territory.

As for the trolley tunnel, Busch says, “It’s expected that’s going to come back; it’s just a matter of when.” The ongoing annual trolley blitz will keep the tunnel closed for maintenance until at least the end of July. Overnight El and Broad Street Line service, on the other hand, may not be coming back in the near future. “We do think we have a good substitute for that with bus service,” Busch says. For the subway and Regional Rail alike, the plan is to monitor ridership trends and use that data to decide when to bring back service.

But that’s just the problem, according to some transit watchers. SEPTA understandably wants to avoid operating routes when no one is using them. But ridership demand can be difficult to measure, especially when the routes that people would be demanding don’t actually exist. In 2014, when SEPTA first started running weekend subways instead of buses, for instance, it noted in a blog post that “train ridership during the extended hours of service has far surpassed the number of trips previously taken on the weekend Nite Owl bus service.” Supply, in other words, produced demand. And with SEPTA receiving $360 million in federal pandemic relief aid to help support its operating budget, it can be difficult for some wannabe riders to understand why the routes aren’t back yet, or at least more frequent.

A return to pre-pandemic levels of service might also not be the best benchmark: SEPTA was, after all,  dropping ridership and facing critiques about its frequency even before the pandemic. “They keep saying, ‘We want riders to come back,’” says Nat Lownes, a member of the Philly Transit Riders Union. “A lot of riders aren’t going to come back if they keep running service the way they were even before the pandemic.” SEPTA could find itself in a negative feedback loop — relying on demand to determine when to bring back routes, except that with the routes already cut, the demand may never come back. That scenario is far from guaranteed, but for a transit agency that was already in need of reinvention, it would unquestionably be the worst outcome of all.