7 Classic Candies That Got Their Start Right Here in Philly 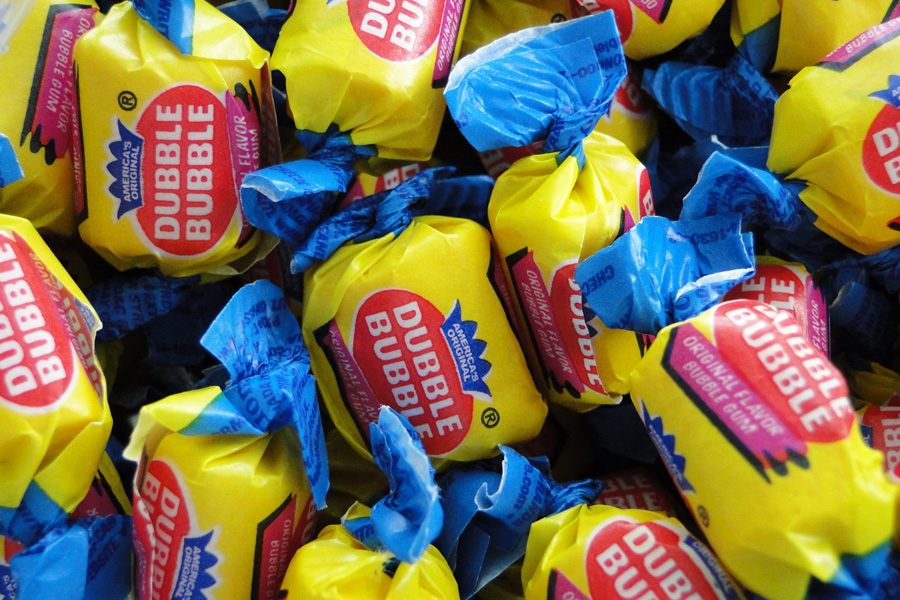 For a straitlaced Quaker metropolis, Philly has always had a sweet tooth. And we’re all supposed to be shopping local (or at least formerly local) these days, right? So when you’re choosing sweet treats for your Valentine this year, make sure some of these hometown goodies make the cut!

Introduced in 1917 as an energy-packed ration for soldiers, these peanutty chocolate bars were created by the Goldenberg Candy Company, founded by Romanian immigrant David Goldenberg in 1890. The brand and its Northeast Philly plant were bought by Just Born, the Peeps peeps, in 2003. 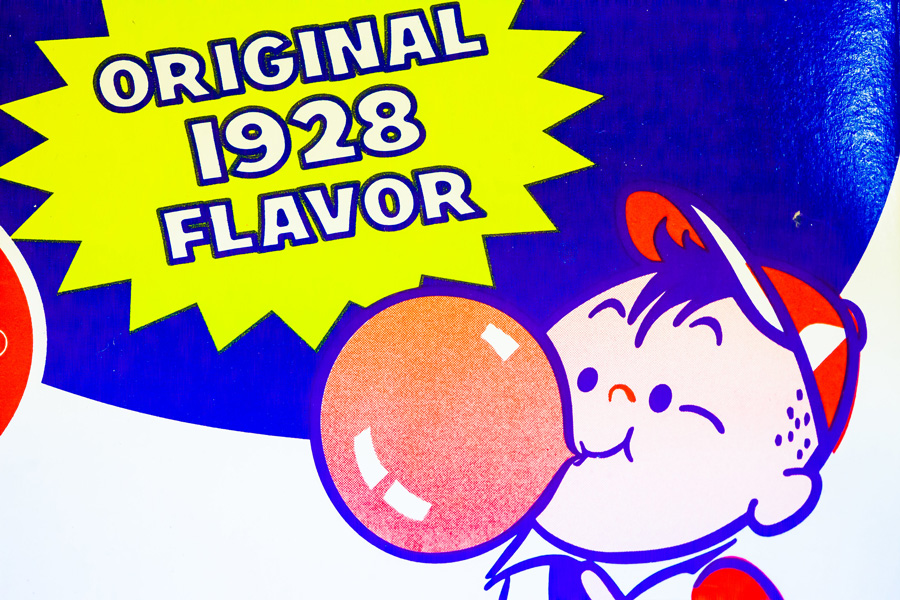 Dubble Bubble was marketed to shopkeepers by teaching them how to blow bubbles. Photograph by Thomas Hawk/Getty Images

Philadelphian Walter Diemer, an accountant for the Fleer Chewing Gum Company, accidentally invented bubble gum in 1928 while pursuing his hobby of experimenting with various gum recipes. (Everybody needs a hobby.) To help market his invention, Diemer would visit shopkeepers and teach them how to blow bubbles with what the company dubbed Dubble Bubble. 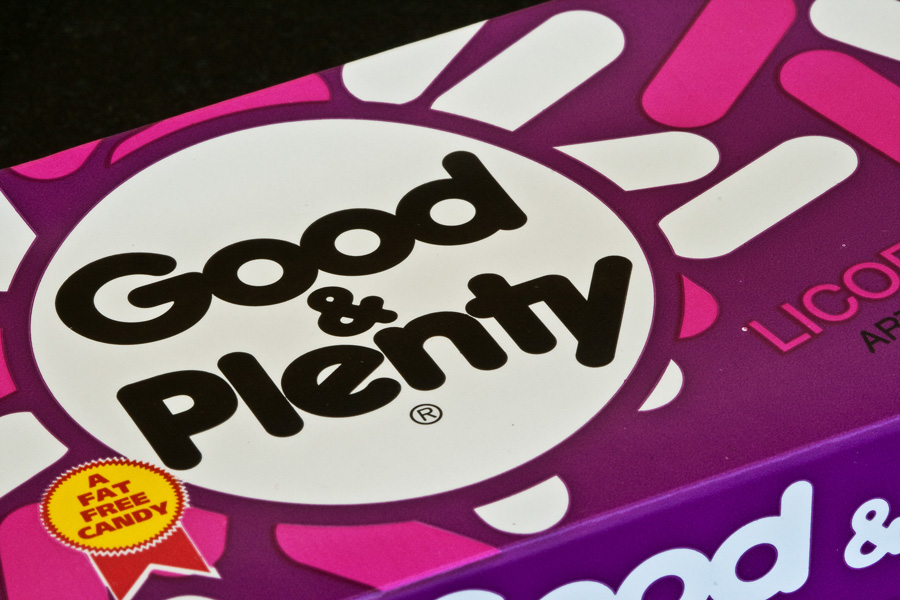 Remember “Charlie says”? For Philadelphians of a certain age, the jaunty jingle for this candy-shelled licorice treat is indelible. Possibly the oldest branded candy in America, Good & Plenty was created by the Quaker City Chocolate and Confectionery Company in 1893 and is now made by Hershey. Hey, that pink and white color scheme is very springlike!

Less familiar than the good ol’ Hershey Kiss, Wilbur Buds come from a company founded by Henry Oscar Wilbur, who got his start whipping up molasses sponge in a shop at 125 North 3rd Street. His sons eventually took over the business and imported chocolatiers from France to start a chocolate line. H.O.’s grandson, Lawrence Wilbur, invented the machine that foil-wrapped the Buds. The company moved to Lititz in 1930. Today, the brand is owned by Cargill. 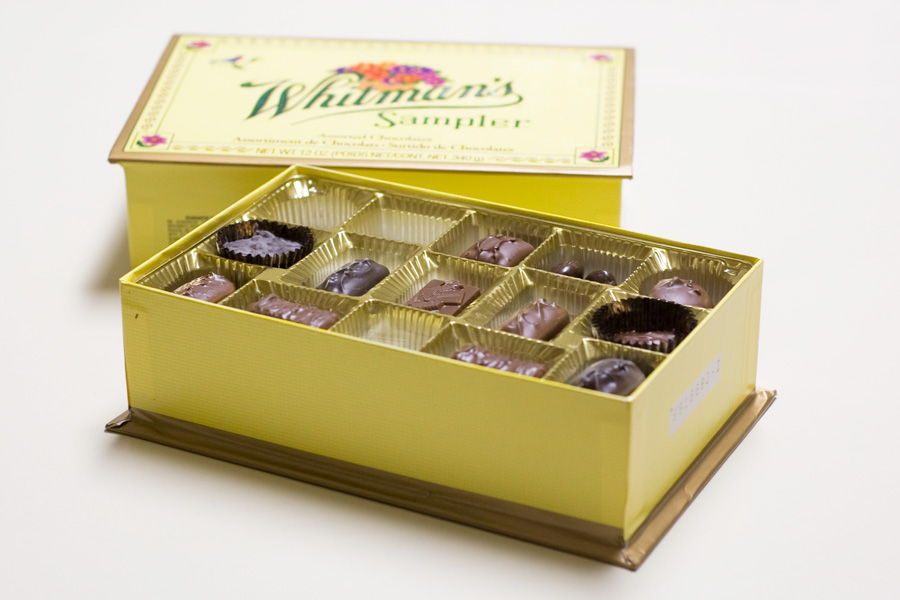 The Whitman Sampler debuted in 1912. Photograph by Mandy Jansen

This invention saved generations of Philadelphians from poking their fingernails into the bottoms of chocolates in order to avoid the dreaded jellies and chocolate-covered cherries. (Hey, Grandma used to do that!) Stephen F. Whitman opened his “confectionery and fruiterer shop” at 3rd and Market in 1842; the Sampler, which offered a “map” of the chocolates it contained, debuted in 1912. A company program that shipped classic books and chocolates to troops in World War I later morphed into the Book of the Month Club. Whitman is owned by Lindt & Sprungli today. 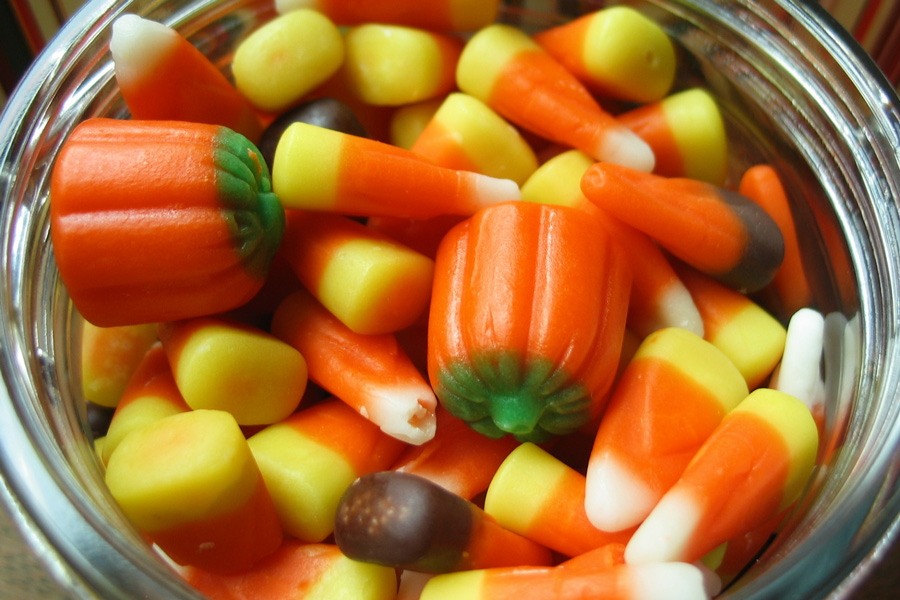 These classic Halloween tricolor treats, once sold as “Chicken Feed,” were invented in the 1880s, when half of all Americans still worked on farms. Credit for their creation is usually given to George Renninger, an employee at Philly’s Wunderle Candy Company. FYI, 65 percent of Americans — the heathens — eat a piece of candy corn all at once. Twenty-nine percent start at the narrow tip; only seven percent begin at the other end.

Zitner’s is an iconic Philly mom-and-pop; in 1920, Sam and Annie Zitner began selling homemade Easter candy out of their North Philly house. Their chocolate-coated eggs are only available now at retail outlets for a few weeks a year (sold in olden-style cardboard boxes on the counters of Wawas and such), which makes them all the more beloved. But you can order them online year-round! While the buttercream and double coconut flavors have their proponents, the Butter Kraks (that name!) are the best of the bunch. Invented by Annie in the 1930s, they incorporate dark chocolate, buttercream, coconut and toasted coconut. Attorney Evan Prochniak bought the company in 2010, the latest in a line of dreamers trying to keep a tiny local brand alive. The company declared bankruptcy in 2018 to restructure its debt, but it’s hanging in there.