Philadelphia’s Homicide Rate Hit a Record High. Now Can We Get Serious About Defunding Police?

Pumping more money into policing isn't working. In fact, recent events prove the institution is beyond repair. It's time to invest elsewhere. 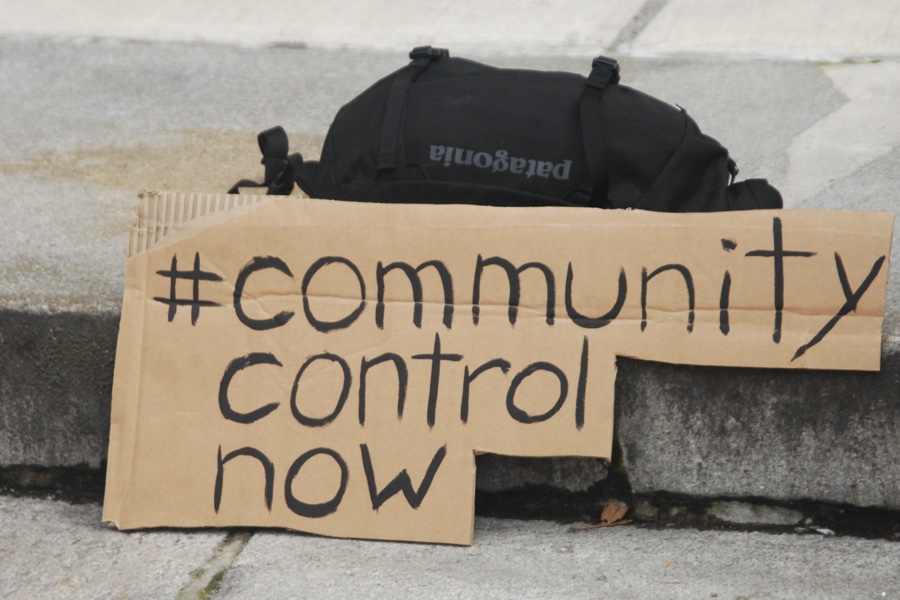 With the homicide rate rising yet again, it’s time for another approach to policing and community safety. (Photo by Cory Clark/NurPhoto via Getty Images)

At the start of a new year in Philly, I’ve come to expect two initial headaches: the Mummers doing something stupid, and another disappointing annual homicide report. But this time around, the murder tally was exceptionally dreadful: 499 people died by homicide in Philadelphia in 2020, the second highest total since at least 1960.

And now, with the galling law enforcement double standard in Washington, D.C., yesterday fresh in my memory, I’m thinking a lot about the police and what, exactly, we pay them for here in Philly.

From insurrection at the Capitol to violence at home, a year of lockdown is taking its toll. Indeed, Penn Medicine researchers are suggesting that “unprecedented social isolation policies to address COVID-19 are associated with increased intentional injury, especially gun violence.” That might start to explain the increase in Philly over last year, but our homicide totals in the two previous years were also the highest in a decade — with both years exceeding 350 homicide deaths. You can’t blame COVID for that.

The factors that tend to drive increased violence — poverty, unemployment, public-school failures, health-care disparity, mass incarceration — have remained stubbornly unchanged in recent years. But so, too, has the institution we’ve traditionally tasked with addressing this violence: the Philadelphia police department.

If there was ever a moment to justify defunding the police, this would be it. This is an institution that annually requests (and is given) millions of dollars in funding increases — yet the ever-higher costs haven’t produced better results. In fact, there seems to be no correlation between police funding and the homicide rate. A 2019 investigation by USA Today, the Marshall Project, and the Memphis Commercial Appeal concluded that there’s little evidence to suggest that drops in violent crime are linked to the size of a police force. Which is to say that when Philly’s homicide total was lower, from 2007 through 2017, it was likely due to factors other than policing.

Last summer, City Council approved a budget from Mayor Kenney that kept the police department essentially safe from major cuts during the pandemic, even as other departments were either eliminated or had funding severely reduced. Adding insult to injury, the police department requested an additional $18 million in the fall for overtime and raises related to the Black Lives Matter protests — protests that are now the subject of several lawsuits for alleged police misconduct. But homicides continue to skyrocket. Pouring more money into an institution that hasn’t been able to solve the issue over the years feels beyond counterproductive.

With a budget of more than $725 million, the Philadelphia police department has more than ample resources to address the problem. And yet more than 230 Philly gun homicides from 2020 remain unsolved, with police clearing less than one third of fatal shootings. Even worse, only 16 percent of the 1,300 non-fatal shootings have been solved.

Full transparency: I’m in favor of abolishing the police. Examples from my personal life and the experiences of those around me inform my position that this institution wasn’t built to protect and serve people who look like me. Then there’s what happened in D.C. yesterday — white insurrectionists with tear gas and guns were allowed to waltz into the Capitol Building in an attempt to disrupt the peaceful transfer of power. Exactly how do you think that would have played out if the participants had been with Black Lives Matter? It’s become apparent that the current state of policing in America has been rooted in racism, in profiting and largely exploiting Black and brown people in desperate situations.

But you don’t have to be an abolitionist to recognize that Philadelphian taxpayers aren’t getting their money’s worth.

And you don’t have to believe in defunding the police entirely to get behind cutting excessive raises and budget increases for a police department that fails to keep the city safe.

It’s time to take a deep dive into why the city isn’t investing more in anti-violence initiatives rather than throwing ever more millions of taxpayer dollars at the department.

Despite having the fifth largest police budget in America, our local police still actively lobby for more. Meanwhile, the department tries to make the case that budget cuts would not only lead to layoffs but would also hamper police accountability reforms.

Research suggests that there are more effective ways to reduce homicides than investing in police. The National Center for Charitable Statistics found that an increase in nonprofits in communities — and not just ones focused on violence — helps lower violent crime. Hospital-based intervention programs are proven to be highly effective and efficient at reducing violence and offer victims support. Summer youth employment and mentorship programs have significantly lowered violent crime among participants — even long after the programs end. These are the kinds of programs the money should be funding, not more policing.

But what’s easier for politicians: telling the police department “no” — and enduring the backlash of a Trump-supporting police union (and a treasonous president’s seditionist followers)  — or lending “thoughts and prayers” to victims at yet another public march or rally?

The former requires the kind of courage we need right now from our elected officials; the latter has become an infuriatingly empty gesture. It’s high time that the city invested in alternative ways to combat this issue. And no, our arts, culture, and other community-enriching endeavors shouldn’t have to be cut to provide this. The city needs to tighten the belt on the police department.

In 2021, the Mayor and City Council must show us what they care about with what they choose to fund — and not fund. Until they choose to do the right thing, we must no longer pretend that the blood isn’t on their hands as homicides continue to rise.