Activist Anthony Smith and two other men have been charged with arson stemming from an incident earlier this year. 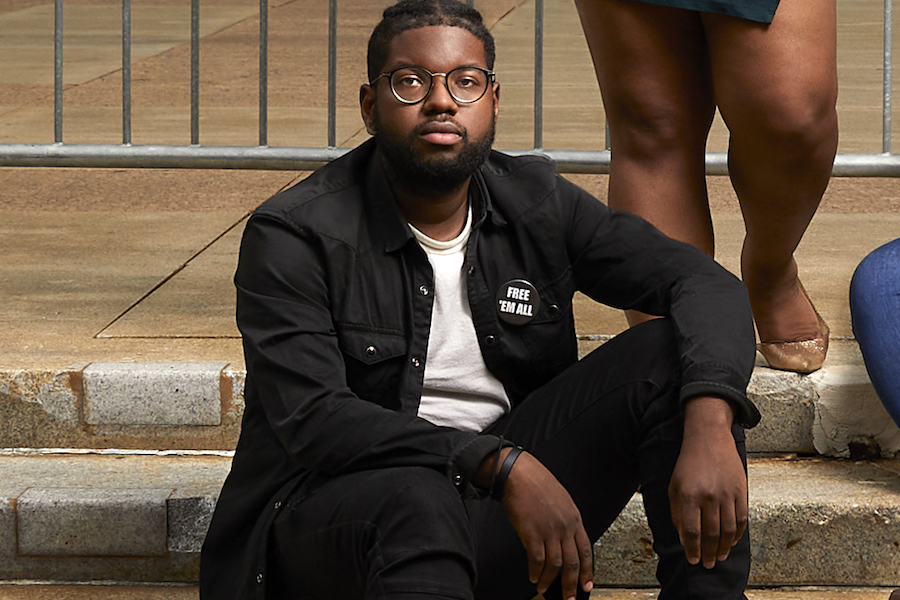 As the city continues to experience unrest in the wake of the killing of Walter Wallace Jr., the feds have charged prominent Philadelphia activist Anthony Smith and two other men with setting a Philadelphia police department vehicle on fire on May 30th. The incident occurred during the unrest that followed the killing of George Floyd.

According to a just-unsealed federal indictment, embedded below, Smith has been charged with arson of property belonging to an agency receiving federal funding, arson affecting interstate commerce, obstruction of law enforcement during civil disorder, and aiding and abetting.

The indictment charges two other men, Carlos Matchett and Khalif Miller, with the same offenses.

Matchett was already facing charges, filed by the United States Attorney for New Jersey in June, that he incited violence during the George Floyd protests in Atlantic City earlier this year. The feds say that he used Facebook, allegedly writing “Let’s Start a Riot,” and approached people standing outside retail stores in Atlantic City, encouraging them to go inside and loot the shops. Matchett’s public defender in the New Jersey case said she was unable to comment on either case.

Smith appears in the November issue of Philly Mag as one of the city’s “most influential” people for his work as a lead organizer with the Philadelphia Coalition for Racial Economic and Legal Justice (Philly for REAL Justice). In that article, Smith told Philly Mag, “We have shown the city that mistreatment will be met with resistance.”

Smith’s attorney, Paul Hetznecker, spoke to the Inquirer on Thursday.

“Utilizing the awesome power of the federal government to target activists and select them for federal prosecution during one of the most important social justice movements in our history sends a dangerous message,” he told the paper. “The prosecution of my client, Anthony Smith, a respected teacher and political activist, is part of a broader effort by this administration to criminalize and quell dissent expressed by progressive political movements.”

Smith is a plaintiff in one of the lawsuits filed against the city and police that also stem from the protests here in May and June. In that lawsuit, Smith alleges that he was confronted by Philadelphia police officers during unrest on May 31st.

“Approximately 15 officers circled around him,” the suit reads. “Mr. Smith feared that like Mr. Floyd, and other Black people on whose behalf he had protested, he would be killed by police.”

Smith alleges that he was grabbed and thrown into a truck before being driven around for four hours. Eventually, the suit claims, he was given a curfew violation.

“His family did not know where he was during the approximately eight hours after the police abducted him,” reads the suit.

William McSwain, the U.S. Attorney for the Eastern District of Pennsylvania, held a press conference about the arrest of Smith and the others on Thursday afternoon. McSwain, profiled recently by Philly Mag, has taken a distinctly hard-line approach to the prosecution of those involved in protests and unrest.

At the press conference, McSwain explained that, if convicted, the three men would each face a mandatory minimum of seven years and a maximum of 65 years in federal prison. He said his office intends to ask the court to detain them all until trial. McSwain also announced similar federal charges against another man from a separate incident.

“You’re not going to be able torch police cars and do so with impunity,” he added. “Sooner or later, you’re going to get a knock at your door, so don’t do it. We will figure out who you are, even if you have a mask on… There’s a heck of a lot of video out there… You’re being watched.”

Below, the indictment against Smith, Matchett and Miller: