On Monday afternoon, Philadelphia police shot and killed Walter Wallace, who was reportedly armed with a knife. Unrest followed. An investigation is underway. 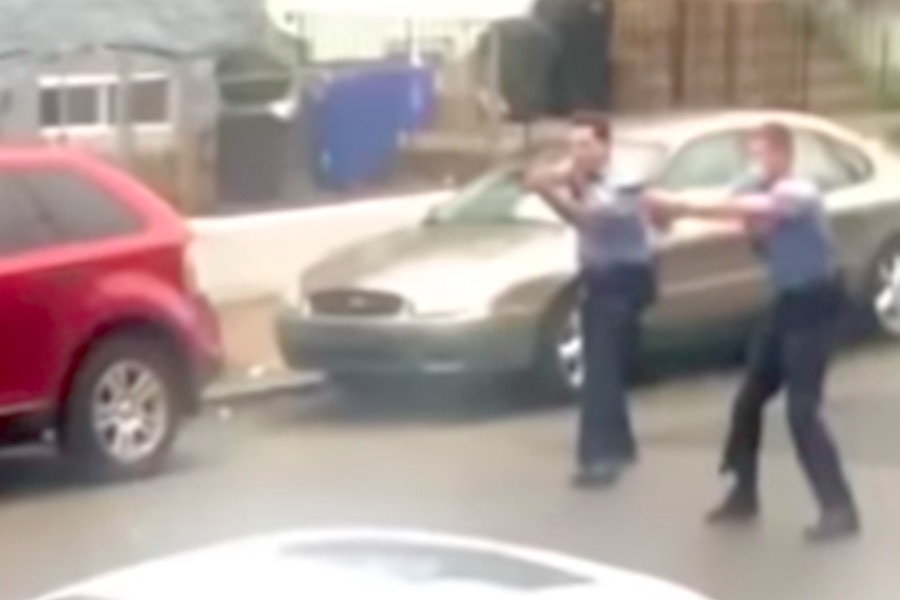 This is a developing story about the Walter Wallace shooting in Philadelphia. It may be updated at any time as new information becomes available.

Tensions are high on Tuesday in the wake of the fatal shooting of Walter Wallace by Philadelphia police on Monday afternoon.

The incident occurred around 4 p.m. on Monday when Philadelphia police responded to the area of 61st and Locust streets in West Philadelphia after a report of a man armed with a knife. That man was 27-year-old Walter Wallace.

Based on a bystander video analyzed by Philly Mag and numerous other news outlets, police told Wallace to drop the knife. In the video, Wallace is seen moving toward police officers. He appears to get within several feet of them before police shoot and kill him.

As word of the shooting spread throughout the neighborhood, protesters took to the streets of West Philadelphia. Clashes with police became violent in some cases, and 30 cops were reportedly injured during the chaos, most with minor injuries.

According to a report in the Inquirer, Wallace’s father said that his son suffered from mental illness.

As an investigation into the killing of Wallace is underway, city leaders are weighing in on what happened.

Philadelphia Mayor Jim Kenney said that the shooting of Wallace raises “difficult questions that must be answered.”

“We intend to go where the facts and law lead us and to do so carefully, without rushing to judgment and without bias of any kind,” said Krasner in a statement. “In the hours and days following this shooting, we ask Philadelphians to come together to uphold people’s freedom to express themselves peacefully and to reject violence of any kind.”

Embattled Police Commissioner Danielle Outlaw admitted in a statement that the video “raises many questions” and said that she will be “leaning on what the investigation gleans to answer the many unanswered questions that exist.”

At a press conference on Tuesday, Outlaw announced that there have been 91 arrests as a result of the overnight unrest and that there are multiple other investigations ongoing. Eleven of those arrests were for assaults on police, while 76 people were arrested for commercial burglaries.

In response to calls for the department to release police body cam footage from the shooting, Outlaw wouldn’t commit to doing that but said she’d have a better idea within 48 hours of what information and footage police can release. She also confirmed that the officers involved in the shooting were not outfitted with tasers. Outlaw said that many cops do not have tasers and mentioned budgetary constraints.

The Philadelphia police have just shot another Black man who didn’t need to die. Every single encounter between Black people and police officers is fraught with risk, and the only sure way to keep Black people safe from police violence is to limit their interactions with the police.

If Walter Wallace Jr.’s mother had been able to call the city for an emergency social worker or a mental health professional instead of police officers trained to subdue or kill, her son would probably be alive.

We need justice for all those wrongly killed by police officers. But more than that, we need to reimagine public safety in the city of Philadelphia, so that all its people can thrive and be free.

Below, a report from Jim Gardner of 6 ABC. Note that this footage contains portions of the incident as seen on the bystander video: