A man says police pierced his skin to the bone with rubber bullets. A woman says she and her young kids were tear-gassed on her porch. 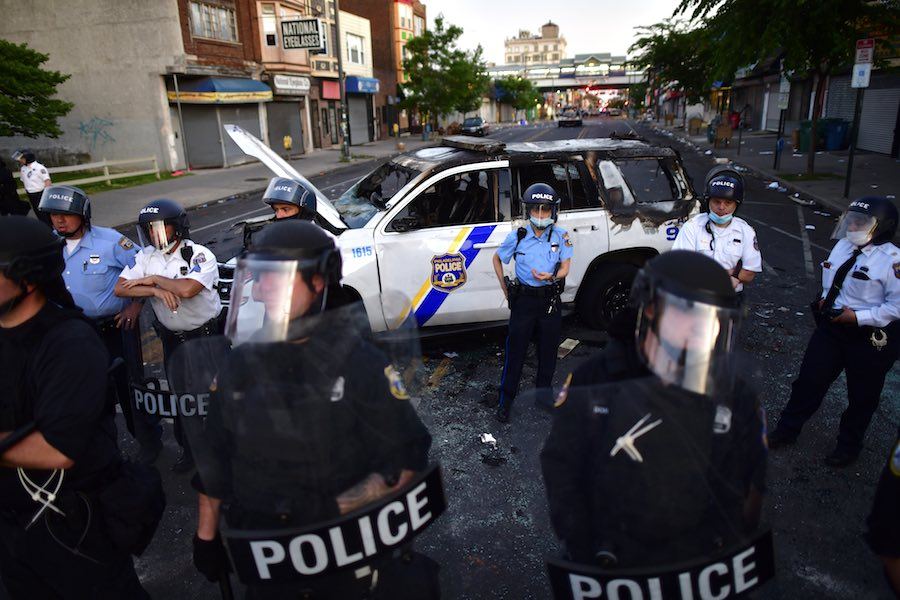 Philly police on 52nd Street in West Philadelphia on May 31st. Two federal lawsuits were just filed against the City of Philadelphia surrounding police incidents in the neighborhood on that day. (Getty Images)

While city leaders and the Philadelphia Police Department try to figure out what to do about the Parkway encampment, officials have new reminders about the potential legal repercussions when police use force on citizens. Philly residents just filed two separate federal lawsuits against the city over the use of rubber bullets and tear gas by police amid protests in West Philadelphia on May 31st.

The Philly police incident from the George Floyd protests that drew the most attention took place on June 1st. That’s when police “tear-gassed trapped protesters” on I-676, as the New York Times would later put it in an explosive investigative report.

In one of the new suits, 26-year-old Roxborough resident Matthew McMurrough says that he was on 52nd Street that night as part of a peaceful protest.

According to his lawsuit, local residents pulled McMurrough into the lobby of an apartment building after police began to tear-gas the area he was standing in. Eventually, he exited the lobby, intent on returning home. But as he left the apartment building, he says he was “ambushed” by police who then allegedly fired rubber bullets at him at close range. The suit claims that the rubber bullets “pierced” McMurrough’s skin, with one of them penetrating his leg all the way to the bone. 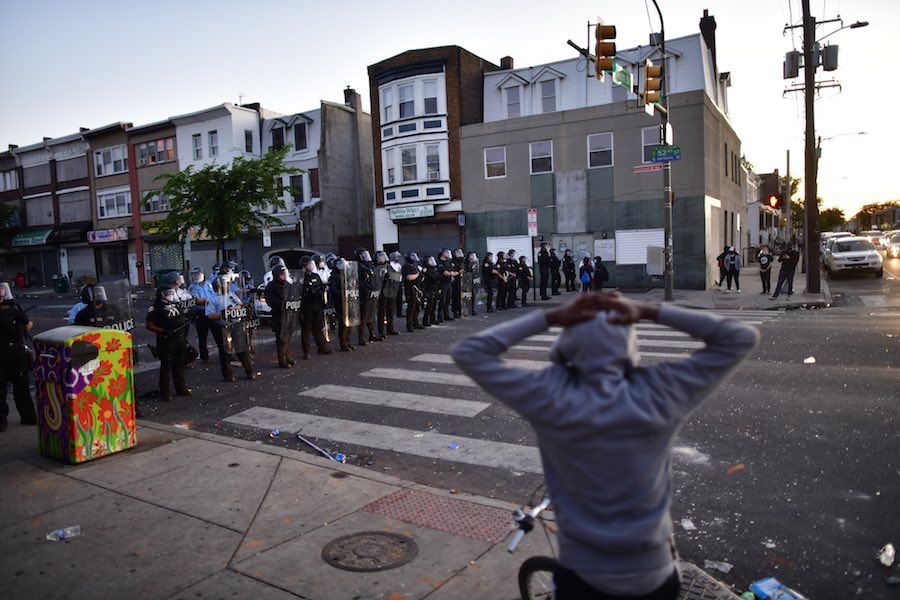 The other lawsuit was filed by 52nd Street resident Nina Bryant, 37, along with her young children and other relatives. Bryant says that she and her family members were tear gassed by police when there were merely outside of her house. That house is a couple of blocks north of where the major protest activity was taking place, and Bryant says neither she nor any of her family members were involved in the protest in any way.

“It’s just outrageous,” says attorney Brian Zeiger, who is representing the plaintiffs in both of these new cases. “Bryant wasn’t anywhere near the protests. And here they come just spraying these people with tear gas. It’s unbelievable. Why were they targeting non-protesters? These were literally civilians on their porch.”

Speaking of the Philly Police

Black drivers are about three times more likely than white drivers to be pulled over by the Philadelphia Police Department. The same disproportionate ratio applies to Black pedestrians in stop-and-frisks. These stats are according to a new analysis by 6ABC’s investigative team.

The team analyzed 2.8 million traffic and pedestrian stops in Philadelphia.

The investigation also concluded that while overall stop-and-frisk numbers are down dramatically, the disparity between stops of Black residents versus stops of white residents has increased. “In a city where only 42 percent of the population is Black, Black males alone account for 65 percent of stops,” reads the report.

Speaking of the Parkway Encampment

Then at 1 p.m., Mayor Kenney and other city officials held a virtual press conference instead of an in-person one. The mayor said that city officials, outreach workers, clergy members and others showed up on the Parkway to try to offer various social services to encampment residents but that “protest leaders erected barricades and held up shields and threatened violence and destruction.”

“We are assessing all of our options,” said the mayor in terms of what happens next. I asked him if the use of force is on the table — and I specifically referenced what happened here in May and June — and he didn’t rule it out. As for a rumor going around that the city plans to clear the encampment one way or the other overnight, he wouldn’t address that claim.