Philly's most successful dining mogul insists the brand is still strong. And I'm inclined to believe him. 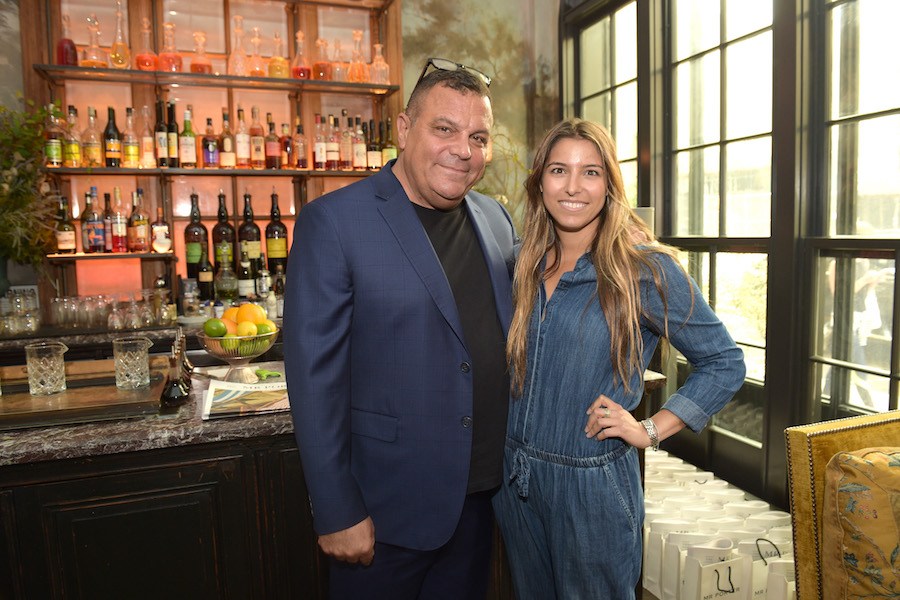 Stephen Starr, who just declared bankruptcy on one of his restaurants, and daughter Sarah Starr, who works for his company. (Getty Images)

One of Stephen Starr’s Restaurants Is Headed to Bankruptcy Court

As I’ve watched mom-and-pop restaurants close one after the other thanks to COVID-19, I’ve been sad but hardly surprised. But I’ve assumed that people like Michael Solomonov, Marc Vetri and Stephen Starr are, um, immune to restaurant closings. Not so much, it turns out. Stephen Starr just declared bankruptcy on one of his many, many restaurants — this one in Florida.

According to this bankruptcy filing, Upland Miami has had some pretty big losses:

So what’s going to happen to El Vez? Are you still going to be able to drop $500 on dinner for two at Barclay Prime? Fish and chips and cellar-temperature beers at The Dandelion? What about all those other pretty Stephen Starr restaurants?

You have nothing to worry about, Starr says. He told the Philadelphia Business Journal that Upland Miami presented a “unique” situation and added, “We ain’t going anywhere.”

Is the Great Philadelphia Trash Debacle of 2020 Finally and Officially Over?

I know I’ve been hard on the Kenney administration over its inability to do something that seems so simple and basic for a great American city like ours: pick up the trash. Well, it appears that the Philadelphia trash crisis might be coming to an end.

After months and months of trash pickup problems, my trash was picked up just a day late (as opposed to several days late) two weeks ago. Last week, it was also picked up one day late. And this week, it was picked up right on time. A thoroughly unscientific poll I did on Facebook shows that this is the case for most of my friends who responded.

And the city is now saying officially that trash and recycling pickup are both on schedule. If that’s not the case for you, you could hammer away at the Philadelphia Streets Department’s Twitter account — or you could just file a report with 311. If you choose the latter, I suggest doing so online. I tried calling 311 yesterday and was the 48th person in line. Maybe they took all the 311 operators and put them on trash pickup duty?

You May Be Voting at the Wells Fargo Center

The election is just about two months away now and a lot of questions still remain unanswered. For instance, we don’t know how many polling places will actually be open. And we don’t know where we’re going to vote.

Here’s one novel idea to deal with what could be unprecedented crowds: vote at the ginormous Wells Fargo Center.

Comcast Spectacor, the owner of the sporting and concert venue, and 76ers ownership just announced that they’ve offered the venue to the City of Philadelphia for election activities.

“In the face of the unique circumstances created by the COVID-19 pandemic, both our organization and the 76ers are pleased to be able to support the City of Philadelphia in its efforts to ensure full, fair, safe and secure voter participation in this fall’s election,” said Wells Fargo Center exec Valerie Camillo in a statement. “We applaud the NBA and the 76ers for their advocacy around this issue and are pleased to be able to make our facility available consistent with the City’s needs.”

No word on whether you’ll be able to get $13 beers.