Those prioritizing profit over people in the midst of a global pandemic don't understand this simple truth: "Dead people can't spend money." 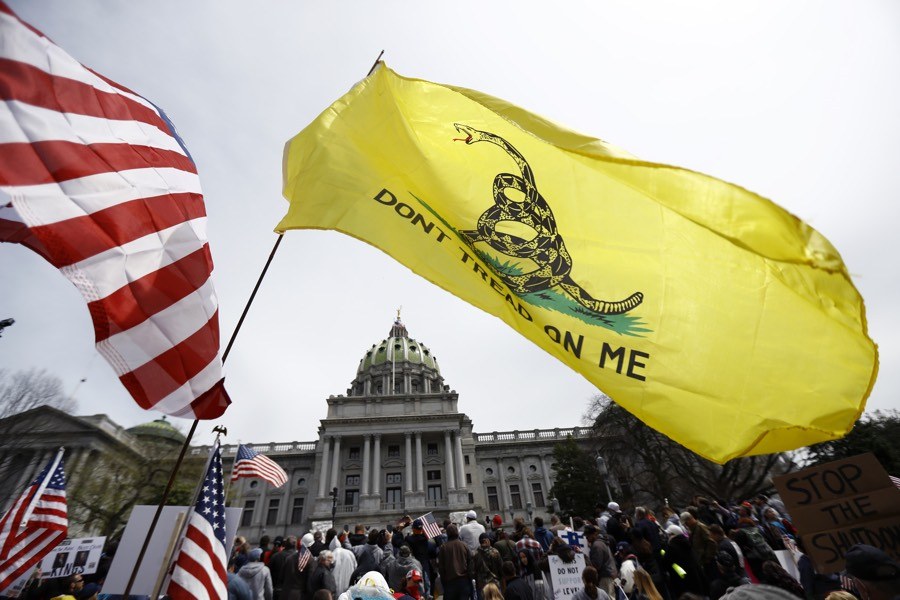 Are the people at lockdown protests endangering themselves and others? (AP Photo/Matt Slocum)

One day after Pennsylvania reported its highest daily increase in deaths caused by the coronavirus, a group of disgruntled residents was protesting, demanding that the state end its stay-at-home orders and return the Commonwealth to business as usual.

On Monday afternoon, thousands of protesters flocked to Harrisburg to demand that Governor Tom Wolf speed up his plans to end the statewide shutdown. Several of the protesters are affiliated with Pennsylvanians Against Excessive Quarantine, a Facebook group with nearly 70,000 members that helped put together this “Operation Gridlock Pennsylvania” demonstration.

“Politicians are on a power trip,” the Facebook page says in its description. “Controlling our lives, destroying our businesses, passing laws behind the cover of darkness and forcing us to hand over our freedoms and our livelihood!”

These anti-quarantine sentiments are part of a larger national movement seeking to reopen local businesses in the middle of a global pandemic.

Another #EndTheLockdown protest in Harrisburg, Pennsylvania at the State Capitol building. #ReopenAmericapic.twitter.com/kNLxqwDd2n

Protests #Harrisburg #Pennsylvania happening now Not only demonstrating against #StayAtHome order which was issued for every county Some there to support #Trump Many not wearing masks or practicing #SocialDistancing Pennsylvania has over 33,000 cases of #Covid_19 #CNN video pic.twitter.com/3DQTlxC18n

complete idiots. all of them. pic.twitter.com/eQZiwETcNd

But when I look at these lockdown protests and their crowds of predominately white, male and conservative protesters who are also brandishing pro-Trump signs, rifles, colonial flags, and anti-LGBTQ signs, I’m reminded of the toxic bigotry and fear that fueled the deadly Unite the Right Rally in Charlottesville, Virginia, in 2017.

Although there were no deaths at Monday’s protest in Harrisburg, the protesters’ spread of health misinformation (and, y’know, likely the virus) — to say nothing of their demands to reopen the Commonwealth even as their neighbors continue to test positive and die — is endangering countless lives.

Let’s call it what it is: These lockdown protesters are acting as terrorists.

Domestic terrorism is defined by the FBI as “violent, criminal acts committed by individuals and/or groups to further ideological goals stemming from domestic influences, such as those of a political, religious, social, racial, or environmental nature.”

These individuals, by flouting social distancing mandates and potentially exposing others to a deadly virus that spreads in crowds as a way to tout their political views, are threatening the public safety of countless others. It’s one thing to disagree on politics; it’s another thing to rebel against the Department of Health’s current mandates, against science, against basic math.

Pennsylvania has more than 34,000 confirmed COVID-19 cases and more than 1,500 deaths. A call to reopen businesses right now is essentially a call for many more people to die. There’s no other way to interpret the facts here: It’s not safe for Pennsylvania to return to normal just yet. Anyone saying otherwise is putting lives at risk.

Yes, the economy is taking a severe hit, but we can’t lose sight of what is taking a more devastating hit: the health and well-being of families, essential workers, and our most vulnerable. In declaring that “all businesses are essential,” protesters put profits over people.

State Representative Jordan Harris said it best when he told his constituents, bluntly, “Dead people can’t spend money.” “I will unapologetically stand up to prevent the tragic loss of life,” Harris said during a coronavirus address before the state House. “We can revive economies, but we can’t revive lost lives.”