“I have no idea how much is in his account. I think he told me like a month ago, and I remember being like, oh, really? It was way more than I thought.” 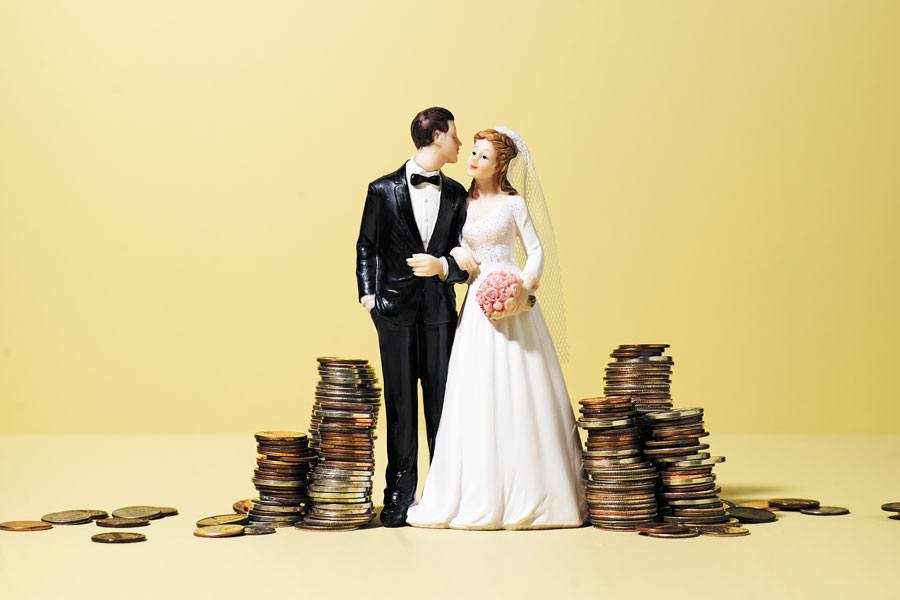 Inside a separate finances marriage. Photograph by Andre Rucker

This story is one piece of our Marriage Stories feature, a look inside real-life Philadelphia marriages. Here, Colleen and Ayinde Tate, married three and a half years, share their story.

Ayinde: We met in grad school; we were both at Penn, studying to be school and mental-health counselors. Now we both work in schools.

Colleen: I remember sitting on the couch before we got married, casually talking about finances, and I said, well, we’re going to combine them, right? I was under the impression that that’s what you do; that’s what everyone does. And he was very firm, like, no, I want separate accounts. I was almost offended. Like, what are you hiding?

Ayinde: One of the biggest friction points in relationships is finances. And so I thought that having our separate stuff would be useful in that we can spend our personal funds and ensure that, say, I wouldn’t get mad at her for buying shoes, and it keeps some of the mystery when it comes to gifts or surprises.

Colleen: I can’t tell you how many of my girlfriends literally put on delivery instructions something like, “Put the box in a bush.” They don’t want to get in trouble for spending. This takes away that element of guilt and frustration. We just bought a couch. I paid for it myself, and then he’ll send me half of the money. When we travel, one person will buy the hotel or Airbnb, the other person pays for the plane tickets, and we alternate paying for meals. There have been plenty of times where we just both put our cards out and say, “Split the bill.” It’s like a bartering system: I paid for day care this week, so you get groceries next week. It’s very informal. I can understand why people would be like, how are you guys not fighting over this? I think it’s because we communicate so effectively with each other.

I can’t tell you how many of my girlfriends literally put on delivery instructions something like, ‘Put the box in a bush.’ They don’t want to get in trouble for spending.”

Ayinde: I think a good way to restate it is, we have separate accounts, but not separate finances.

Colleen: We have a joint account that only our mortgage comes out of, and we split that 50/50. Literally everything else comes out of our separate accounts. We assigned bills: I took the electric, and he has the water and the internet. We even file our taxes separately, and a part of that is just for loan repayment purposes. So some of this is more logistical problem-solving. We do have our savings account, and that’s an element of trust, like I trust you’re putting a certain amount in, and we talked about having a bank account for our daughter — she’s 15 months old — where every month we’re expected to put in X amount of our money for her. And we fully disclose our retirement plans.

Ayinde: If Colleen needs something, she can take my card and she has my PIN number, so there are no hidden things in the background of our finances.

Colleen: I have no idea how much is in his account. I think he told me like a month ago, and I remember being like, oh, really? It was way more than I thought. I’m like, I didn’t know you saved that much. Just because you have separate finances, it doesn’t equate to cheating or secrets or anything like that. There are millions of partnerships and marriages, and there’s no one way of doing it.