We’ve Been Married 10 Months, and We Haven’t Stopped Seeing Other People

“We have a very active Google calendar. And we are good at finding moments to hook up with people that don’t take time from the other.” 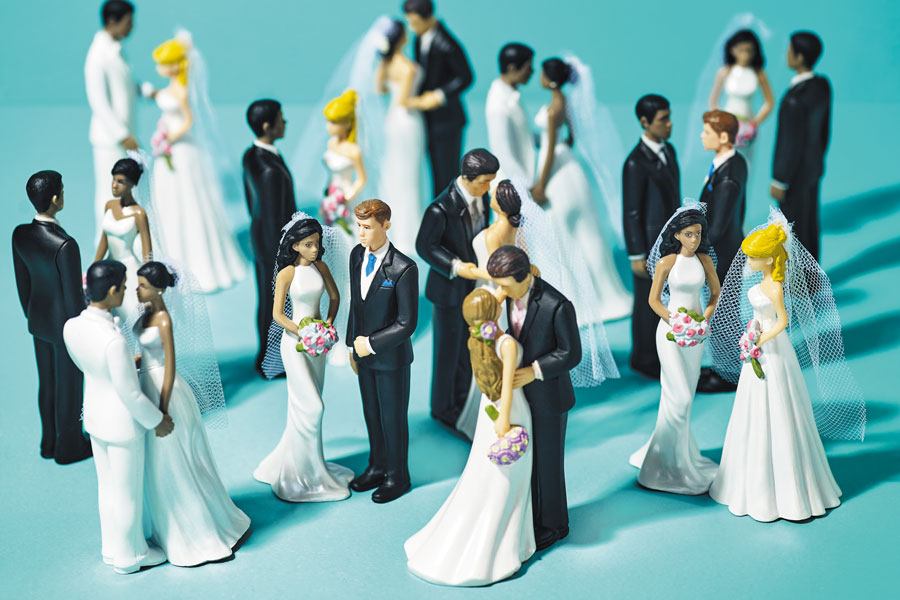 Here’s how an open marriage works for one Philly couple. Photograph by Andre Rucker

This story is one piece of our Marriage Stories feature, a look inside real-life Philadelphia marriages. Here, Michael and Tyler*, married 10 months, share their story.

Michael: We met at Penn in 2009 and started dating in 2011. For almost all our relationship, Tyler and I have been sexually open.

Tyler: It was largely being like, I’m going to go hook up with somebody, is that chill? There was a long time where we weren’t even sure if we wanted marriage. We always felt like we wanted to be together, but marriage was something we would do for our families, if we did it at all. It took 10 years to realize that we actually wanted to do this for each other.

Michael: Marriage validated this relationship in a way that felt really silly to me. Like, now our relationship is serious? We’ve been together for 10 fucking years. Even with our openness, commitment has never really been one of our issues. It doesn’t matter how many guys Tyler has sex with; I’m not worried he’s not going to be there in the morning. He’s by far the surest thing in my life.

Michael: I had wanted to be in a polyamorous relationship for a while. I have a person I’m dating now. I talk to him every day; we have long-term plans. He’s also married, and he has another boyfriend in addition to me. And there are three or four people I’m regularly having sex with.

Tyler: There’s a lot of communication that goes into it — text threads and communicating availability and making plans to either be home or not be home.

Michael: We have a very active Google calendar. And we are good at finding moments to hook up with people that don’t take time from the other.

Tyler: Anyone who says there’s no jealousy is lying. I think the trick is, how do you make the jealousy manageable?

Michael: I can’t imagine a couple that has more open communication around sex and boundaries and desire. Essentially, you’ve taken the biggest, scariest thing that could ruin a marriage and you’ve made it a given, so that fear is gone. For us, “Can I go and have sex with a stranger?” is a much less loaded topic than, like, “Are you sure you want to eat that burrito without a plate?” The mundane domestic stuff — the stuff everyone fights about — is the stuff we fight about.

Tyler: I wouldn’t want Michael to feel like he needs to be everything for me, and vice versa. That feels really limiting and hard. I think this allows for the opportunity to be like, “Oh, you’re not getting something from me? That’s okay. You can get something from somebody else.” It sort of relaxes the pressure.

*Names have been changed.