He Had a Two-Year Affair With Someone Who Knows Me

“I was mad at his family, because his family has a lot of adultery in it, so I was like, Oh, thanks a lot for giving me this dude. And I was mad at myself for knowing that and accepting him anyway.” 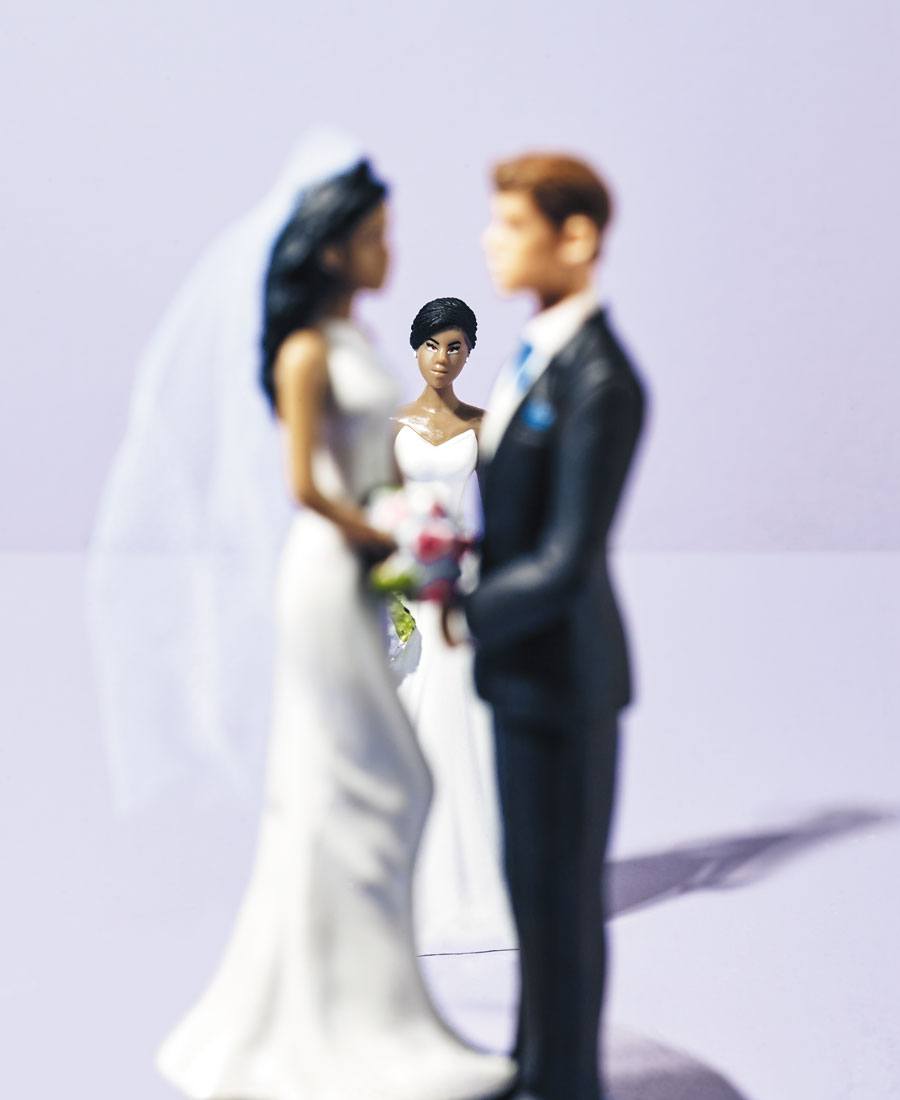 A Philly couple shares how their marriage survived an affair. Photograph by Andre Rucker

This story is one piece of our Marriage Stories feature, a look inside real-life Philadelphia marriages. Here, an anonymous couple, married 19 years, shares their story.

She: We got married in 2002. The first three years of our marriage were so happy. We had our first kid in 2006, and we were so excited. But that was also a really traumatic year — a difficult birth, serious illnesses in our extended family, we got pregnant again, a lot of grief and trauma.

He: At the end of 2007, we took a trip overseas with my in-laws and the kids — one was a few months old, and the other was just under two. It was a month-long trip, and I could only get off for a week. I flew back and drove to one of my favorite brunch spots in Philly, and a woman I knew walked in and sat down next to me. We got to talking.

She: That was the part that bugged me just as much as him actually having the affair — the fact that she knows me, she knew that we were married, and we were always very friendly.

He: She lived nearby, we wound up in her living room, and one thing led to another. My wife and kids were away for another three weeks, so we spent a lot of time together. Yes, there’s sex, but then there’s sex with somebody you actually have a good connection with. So that really complicated things.

She: We came back home, and I could tell he was weird. I’d ask him: Are you okay? Are you having an affair? Are you gay? We went to couples therapy, and he said he just didn’t love me anymore. Six months later, I found their emails. I packed up the kids, packed a bag, cleared out our bank account, and went to my parents’ house. He finally fessed up.

He: There were massive amounts of deception going on — CIA-level shit. Like, the woman I was seeing installed a rope ladder out of her back window so I could exit if my wife ever came there. I was shocked and relieved when my wife found out, because the amount of secrecy and deception that was required was extremely stressful. It was an incredibly emotional moment. She freaked the fuck out. I felt the world collapsing around me.

She: It kills you. It kills you. I was so angry, because I’ve always asked the hard questions, I gave him so many outs, he had so much time to tell me. I was mad at his family, because his family has a lot of adultery in it, so I was like, Oh, thanks a lot for giving me this dude. And I was mad at myself for knowing that and accepting him anyway.

He: We eventually went to therapy, and eventually I moved back into the house. But shortly thereafter, the other woman and I started to see each other again. I believe we were literally addicted to each other. She never put pressure on me to leave my wife. If she had, I don’t think I would have left, and it probably would have ended the relationship a lot sooner.

She: The first time, it was, “We have two babies, and it’s not so easy to walk away.” The second time, I had a divorce attorney all set.

He: I remember lying on my friend’s couch and looking at what a wreck I made of my life, how I screwed up her life, and how I could potentially be screwing up my kids’ lives. I think I came to the precipice and saw the deep chasm before me. I told the other woman that I needed to get back with my wife, and that there was no way to do that and see her at the same time. And I pried myself away from her.

She: Initially it was, What did I do wrong? And then I realized: I didn’t do anything wrong. Life threw a lot of shit our way, and I was walking through it and he walked away. But it gave me a voice that I never took advantage of, and it forced him to grow up. I think we needed it, in some terrible way, and I wish we didn’t need it, and I don’t think many marriages survive it — but I think they can. If you’re going to do the work.