Is Dispatches from Elsewhere Good or Bad? Depends on Which Critic You Believe.

We rounded up 10 reviews, from the New York Times to Vice to Variety. 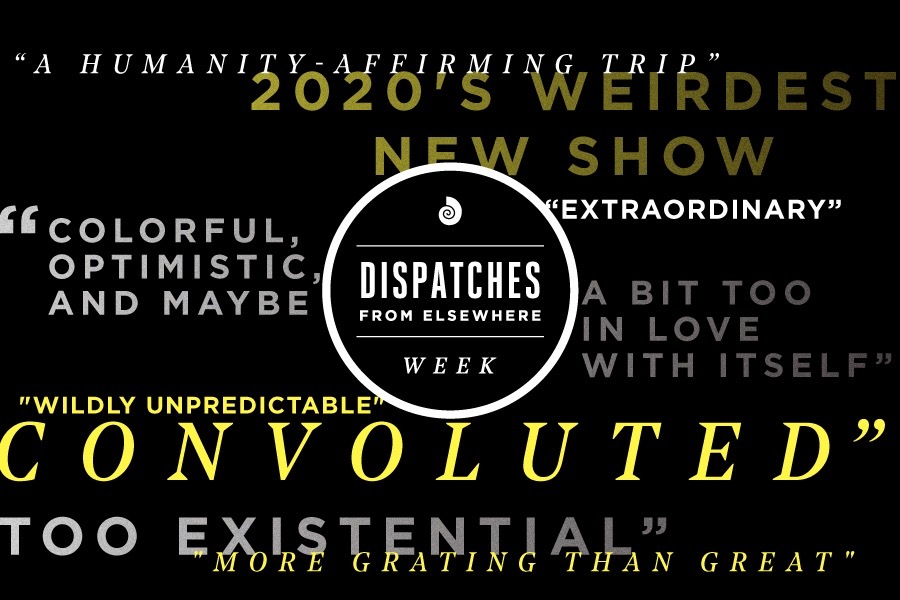 Quotes from Dispatches from Elsewhere reviews.

Earlier this week, I gave you my Dispatches from Elsewhere review, which, I admit, was pretty glowing and gushy. But I’m a Philly guy. And I’m most decidedly not a TV critic.

Naturally, my perspective on this Philly-shot show would be different from that of actual TV critics who write for national publications. So I searched out some of those reviews to see what others thought.

I’d say that in a world where originality in television is a scarcity, having Vice call you the “weirdest new show” on TV is a real compliment. Vice goes on to describe Dispatches from Elsewhere as “a visually inventive, charmingly weird, and life-affirming show that’s well worth taking on its elaborate puzzle.”

Indiewire gives Dispatches from Elsewhere a grade of C+, which isn’t awful. But the review reads more like a C- or even a D+, with phrases like “grating execution” and “patronizing tone.”

AV Club praises the “skill and charisma” of the Dispatches from Elsewhere cast and is especially in love with Eve Lindley and Sally Field. The critic writes, in conclusion: “Dispatches’ alternate take on reality not only offers a break from our own day-to-day world — it can also bring some new perspective with it.” 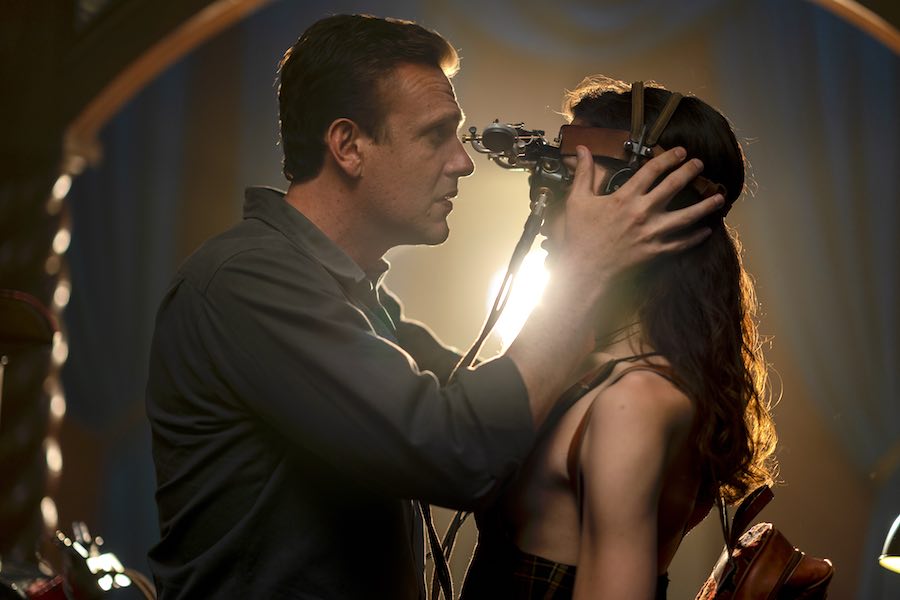 “Dispatches from Elsewhere is emotionally intelligent, but in a dark, manipulative fashion,” opines a critic from Mashable. She adds that the narrative is “consistently disorienting” and says that the show “is a little too existential to be much fun.”

But that’s not a bad thing, according to this Den of Geek review, which deems Dispatches from Elsewhere a “must-watch.” The review does caution viewers that the first episode “can feel like something of a slog to get through.” I agree. The show really comes alive in the second episode, in part thanks to Lindley.

“Maybe a Bit Too in Love with Itself”

Rolling Stone does admit that Dispatches from Elsewhere is “colorful” and “optimistic.” And the critic concurs with my assessment of Lindley’s performance, writing, “this feels like a deserved breakout for her.” But he says that the show is “so concerned with showing us magic around every corner” that “after a while, it risks feeling like a trick.”

That’s the word that Variety uses to describe the performances by Lindley, Field, and Andre Benjamin (a.k.a. Andre 3000 from Outkast). Variety isn’t so sure about Jason Segel, the lead and show creator. Or, more accurately, the critic isn’t so sure about the decision to focus episode one on Segel’s character, Peter, who is the only boring character in the bunch. 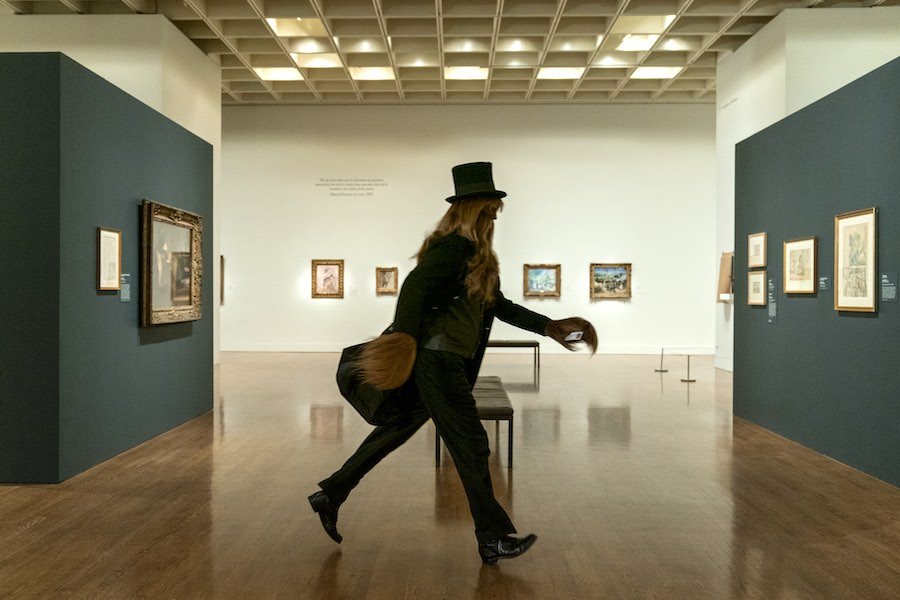 Yes, that’s Bigfoot in the Philadelphia Museum of Art. You can see it in Dispatches from Elsewhere. (Photo by Jessica Kourkounis/AMC)

New Yorker staffer Troy Patterson writes that Segel uses “convoluted ways of telling straight stories.” He’s certainly correct on that. The review, which doesn’t really come down hard on either side of Dispatches from Elsewhere, continues: “In building its own voice, the show thieves profitably from several schools of self-conscious yarn-spinning as it toys with oblique approaches to straight stories, with a rigor that counters its bits of squishy whimsy.”

The New York Times, in what is more of a feature on Dispatches from Elsewhere than a review, also describes the first four episodes as “genre-hopping, form-bending and tonally eclectic.” The Times critic says she has no idea what’s going to happen next in this unpredictable series. She writes: “When I told [Andre] Benjamin that I had seen the first four episodes and was honestly baffled as to where the series would go, he laughed. ‘Oh you are in for it,’ he said. ‘I’m telling you, you’re in for it.’ ”

Kind (and well-deserved) words for Field from The Hollywood Reporter. As for Dispatches from Elsewhere as a whole, the THR critic observes that the series “screams: This is different!” Which it certainly does. THR concludes: “Dispatches From Elsewhere might become the next step in experimental TV. For now, it’s like watching a quartet of mostly cardboard cutouts figuring their way out of the world’s fanciest escape room.”