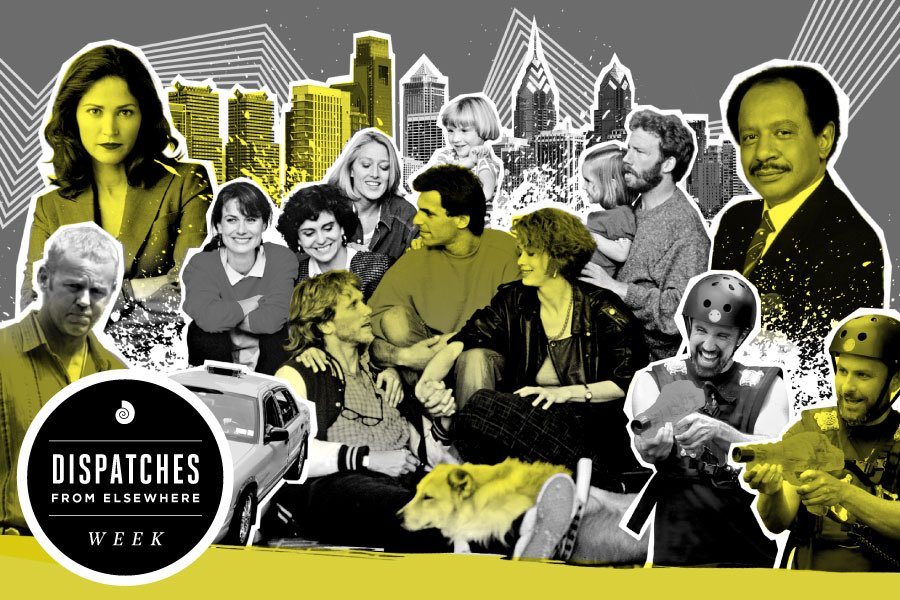 Dispatches from Elsewhere is set in Philly, but it was also shot here. What about other “Philly” TV shows like Philly, Hack, Thirtysomething, Amen and It’s Always Sunny in Philadelphia?. (Illustration by Leticia Albano)

Debut: September 27, 1986
Plot points: With The Cosby Show ruling the airwaves, NBC launched another sitcom featuring a predominantly black cast, this one centered on a scheming deacon at the First Community Church of Philadelphia.
Familiar faces: Fresh off The Jeffersons, Philly-born-and-raised Sherman Hemsley played the deacon. Imagine George Jefferson … in a church … without Weezy.
But was it filmed here? Only the intro, wherein Hemsley parks in the deacon’s space, then double-Dutches with some kids outside the church, played by Mount Pisgah AME at 41st and Spring Garden.
Seasons: Five. It was the last major series to star Hemsley.

Debut: September 29, 1987
Plot points: A circle of yuppie white friends in Philly learns to adult through dealing with heavy life issues. It was a big deal: The New York Times called it “as close to the level of an art form as weekly television ever gets,” and the show’s title was added to the OED mid-run. 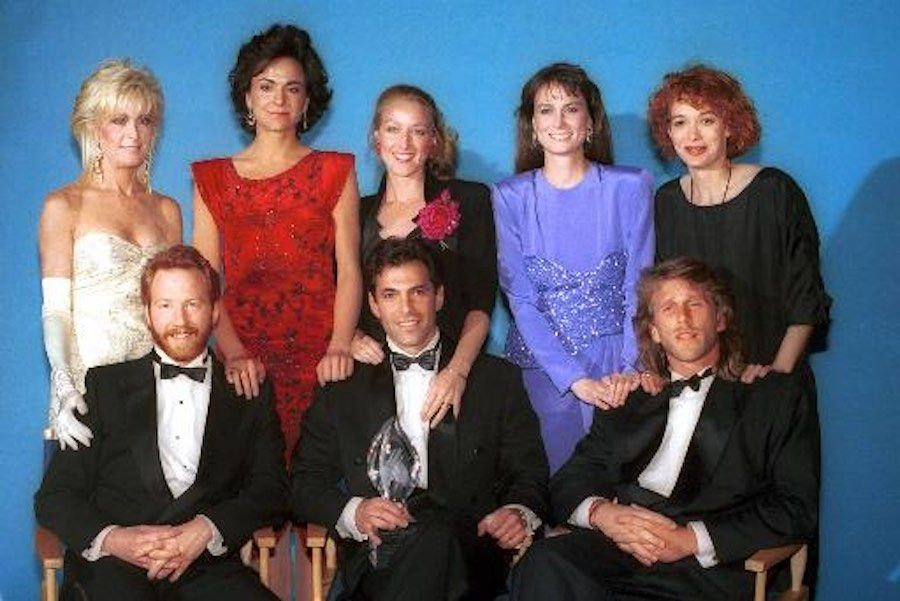 Cast portrait for Thirtysomething at the People’s Choice Awards on March 13, 1988. (AP Photo)

Familiar faces: The best-known star was Timothy Busfield, who’d play a Washington Post reporter on The West Wing. It was co-created by Marshall Herskovitz, a 1969 Lower Merion grad.
But was it filmed here? Plenty of Philly references — from Le Bec-Fin to the Schuylkill Expressway — but not a lick was shot in town.
Seasons: Only four, but a sequel with original cast members is in the works.

Debut: September 25, 2001
Plot points: Kathleen Maguire is a single mom and a defense attorney working in private practice in the city. She has a hard time setting boundaries with colleagues and clients. Episode titles like “Fork You Very Much,” “Meat Me in Philly” and “Thanks for the Mammaries” hint at the show’s quality.
Familiar faces: Kim Delaney, a Roxborough native and Hallahan Catholic alum, left NYPD Blue in 2001 to play the lead.
But was it filmed here? Other than a handful of exteriors, Philly was shot in L.A., where City Hall courtrooms were re-created.
Seasons: Just one. Critics — and local judges and lawyers — hated it. An Entertainment Weekly scribe amusingly wrote that the show “is like biting into a cold, stale version of the city’s famous cheesesteak — it gives you a lot to chew on, but it’s pretty greasy, gummy fare.”

Debut: September 27, 2002
Plot points: Polish American Philly cop gets accused of corruption, quits the force, becomes a taxi-driving vigilante. The show’s tagline: “The law has its limits. This ex-cop doesn’t.”
Familiar faces: Chestnut Hill’s David Morse plays the ex-cop, and Andre Braugher is his former partner. Plus: Ukee Washington turns up as … a TV news reporter.
But was it filmed here? You bet, at Morse’s insistence. The police district was actually a West Philly health clinic, and the church is St. Gabriel’s in South Philly. Attentive viewers will spot Clark Park’s Dickens statue.
Seasons: Just two. Variety called it “hokey,” but we kinda liked it.

Debut: August 4, 2005
Plot points: Quintessential “cringe comedy” chronicles the misdeeds of five loser friends who run a hopelessly bad Irish bar. Crack addiction, grave robbing and even blackface all factor in.
Familiar faces: Creator and star Rob McElhenney grew up in South Philly, attended St. Joe’s Prep and Temple, and now owns Mac’s Tavern in Old City.
But was it filmed here? Most is shot in a Hollywood studio, but local locations include Pat’s and Geno’s, a NoLibs gym and the Linc.
Seasons: Season 14 wrapped in November, unbelievably tying it with, er, Ozzie and Harriet for the longest-running live-action TV comedy. Per McElhenney: “We’re gonna keep doing it forever, as long as people keep watching it.”

A version of this was published as “As Seen on TV” in the March 2020 issue of Philadelphia magazine.