“It was magical,” says one. 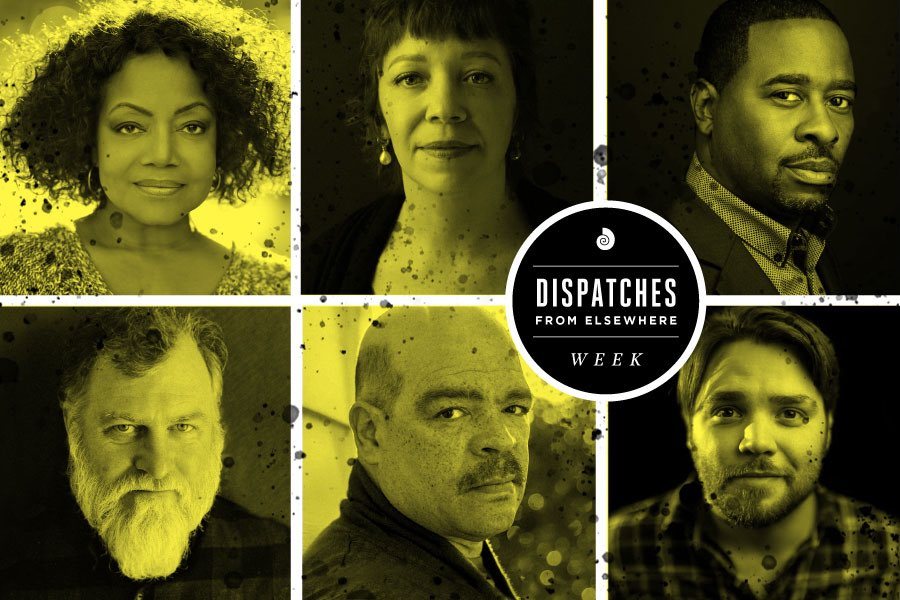 One of the great things about a show like Dispatches from Elsewhere shooting all over Philly is that it’s simply so damn cool.

Jason Segel was just walking around like it was nothing. André Benjamin was always breaking out his flute. It was like nothing Philly had ever really seen before.

But another great thing is that lots of local talent gets employed, both in front of the camera and behind. We talked to six Philly actors who turn up in the show to find out what it was like being on the inside. 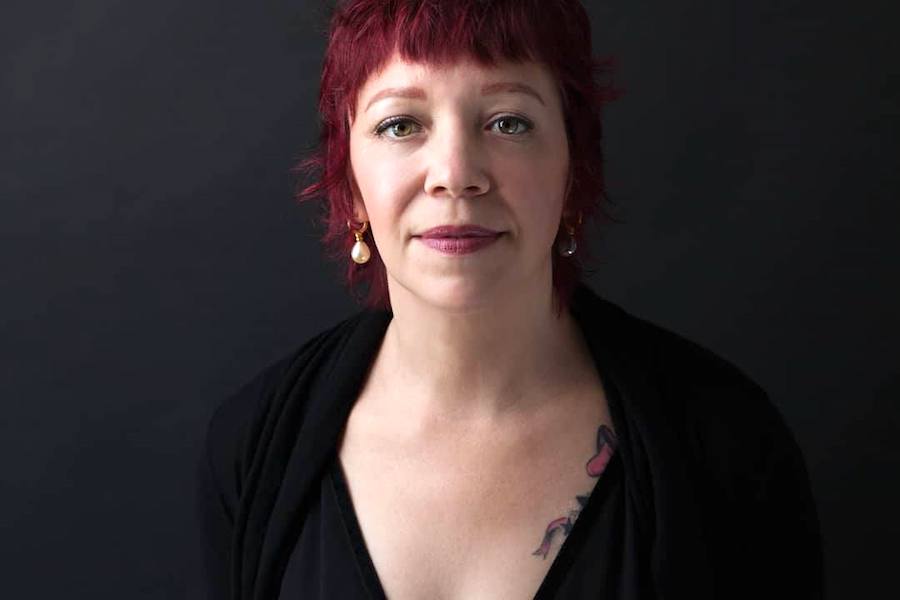 Home base: Germantown
As seen in: A bevy of Philly theater productions over the years, most recently the one-woman Natural Shocks at Simpatico Theatre earlier this season. “Best reviews I’ve gotten in my career!” And she’s currently in the new play Babel at Theatre Exile.
Role in Dispatches from Elsewhere: Schoonover appears in several episodes, credited as “The Waitress” at the diner that features prominently in the series. The diner is played by Stephen Starr’s original Continental in Old City.
What it was like being part of the show: “It was magical and absolutely amazing. They all made me feel like I was part of something really exciting… I also like that this includes stories about people who are different. We aren’t used to seeing stories of a woman in her 70s, like Sally Field plays. Or about a trans woman.”
Next up: “You know, I think I am actually going to take a step back from theater and pursue more film work in the hopes that this show opens some doors for me.” 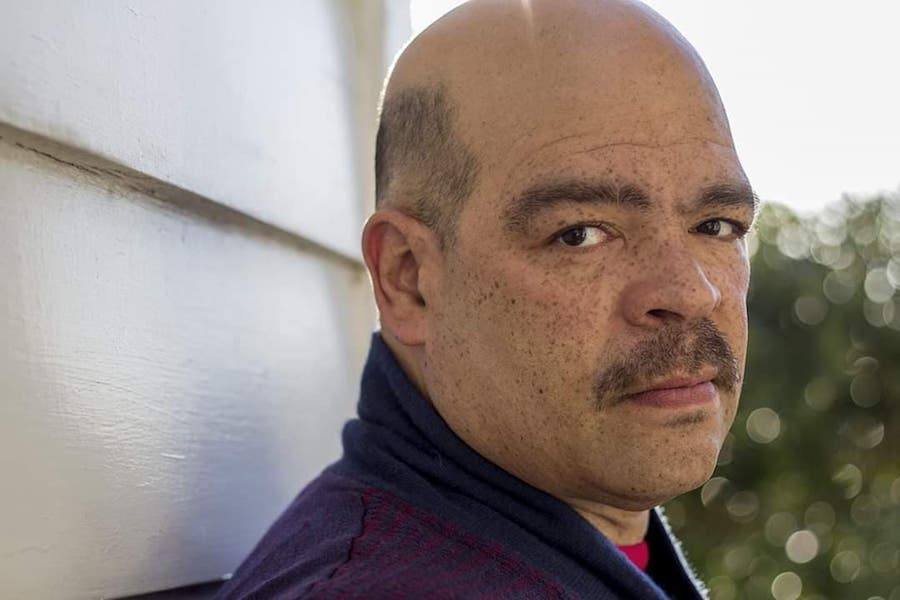 Home base: Cherry Hill
As seen in: Plenty of local plays. But Wilson is best known for a recurring role on the HBO hit series The Wire.
Role in Dispatches from Elsewhere: He’s the owner of a small neighborhood grocery store, and you’ll see him interacting with the characters played by Eve Lindley and Jason Segel in first episode. Wilson thinks he makes a return later in the series. “You never know, with the way they cut things up.” 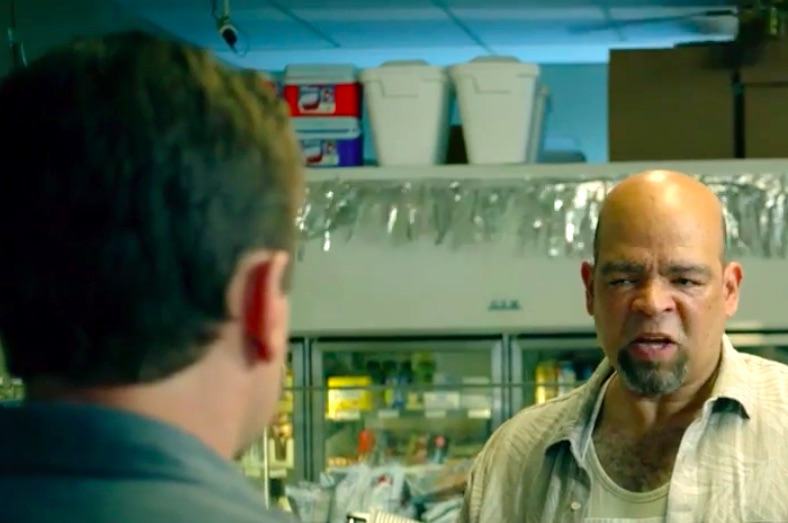 What it was like being part of the show: “There was this, this… camaraderie. It was really something special, kind of ethereal and otherworldly. And the whole thing was very well run.”
Next up: Wilson plays an EMT in The Mare of Easttown, the Kate Winslet HBO series that’s been shooting in Delco and the surrounding area. On stage, he’s doing The Bodyguard: The Musical, which opens at Walnut Street Theater in May. “And I just auditioned for a Bruce Willis-Megan Fox film and the fourth season of Stranger Things. Longshots, but you never know.” 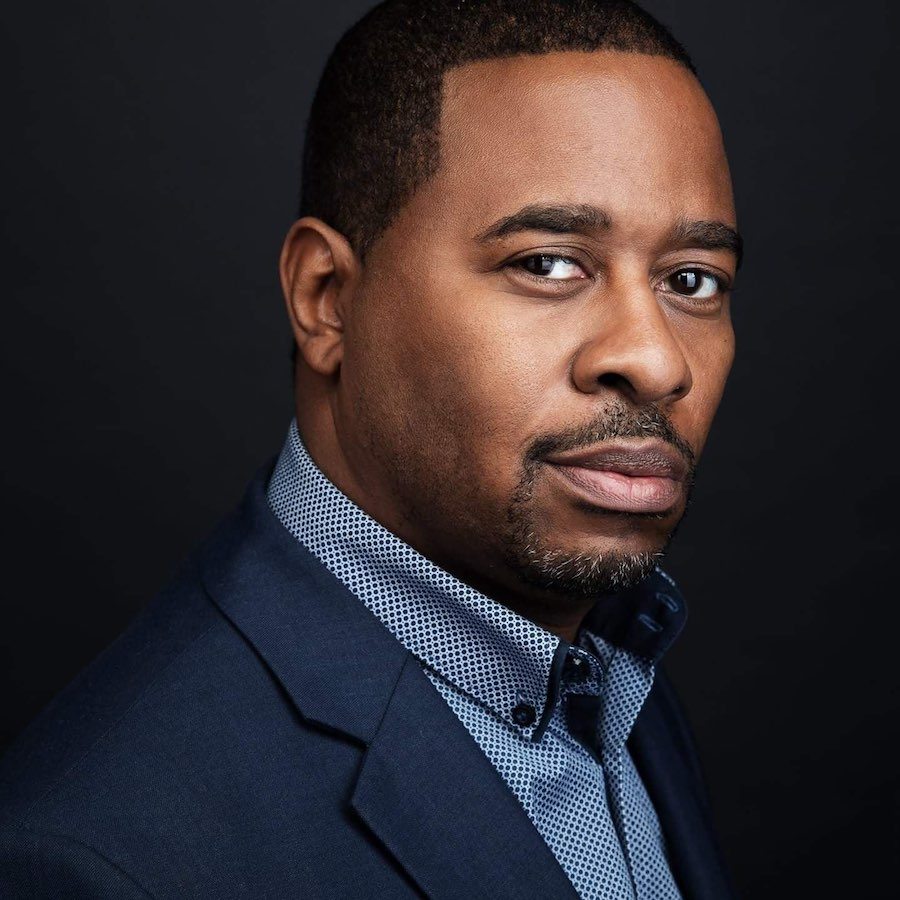 Home base: Drexel Hill
As seen in: The Sopranos, Third Watch, The Upside with Bryan Cranston and Kevin Hart, and “a million episodes of Law & Order.”
Role in Dispatches from Elsewhere: The boss of Peter, Jason Segel’s character.
What it was like being part of the show: “I’ve been doing this sort of thing for a while, and it felt different. Normally, you’re treated like a ‘Philly actor’ as opposed to ‘an actor.’ I have to say that I felt more respected on this show… Usually, when a show shoots in Philly, it’s because it’s cheaper than shooting in some other places. Not because the show wants to have anything to do with Philly. But here, they used everything about Philly. They embraced it.”
Next up: He just auditioned for the upcoming spin-off of the TV show Power. 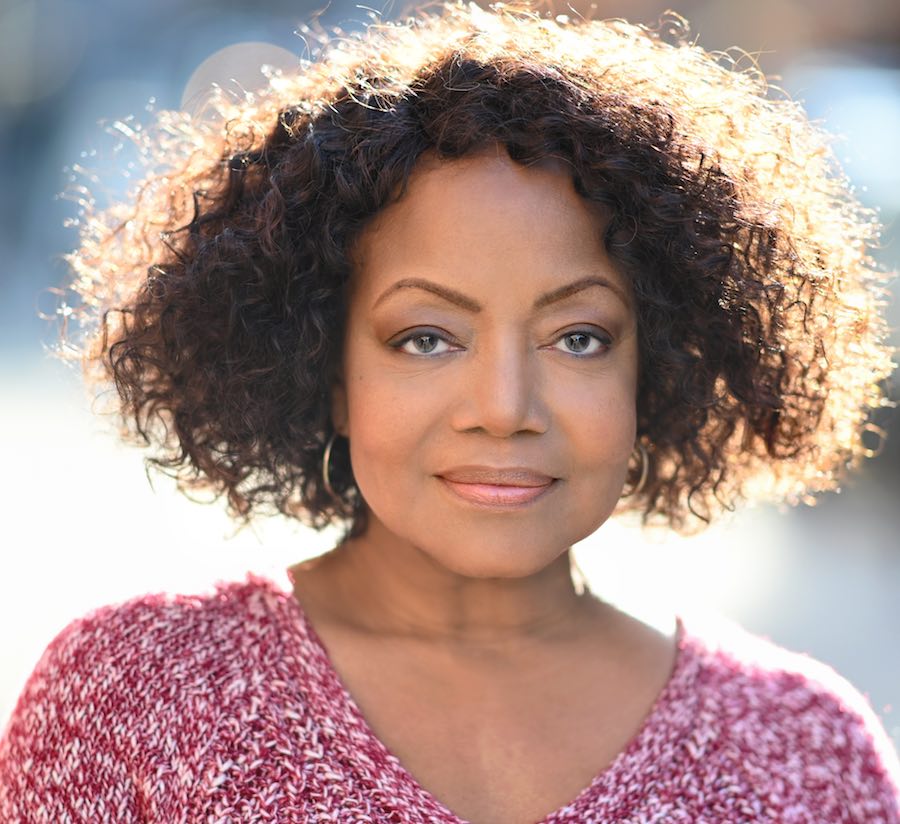 Home base: East Oak Lane
As seen in: Broad City, Veep, The Wire, In Her Shoes, and a long list of other movies, TV shows, and stage productions.
Role in Dispatches from Elsewhere: Her character is called “The Odd Woman.” You’ll encounter her early in the first episode (and, coincidentally, that scene takes place in the lobby of the building that Philly Mag calls home). 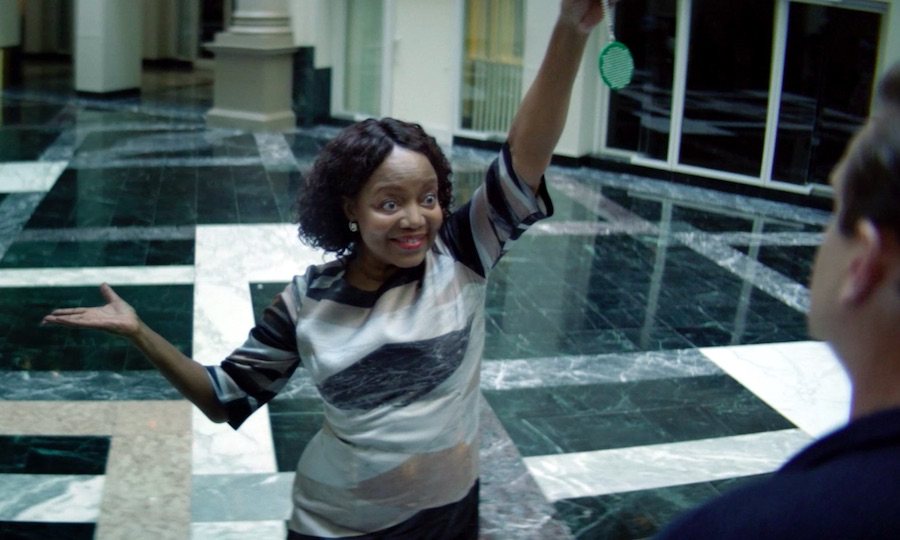 What it was like being part of the show: “This is truly one of the best things that I’ve been a part of. We were like a family. We were all involved. The well-known actors were so open to me and the other actors, so giving. Sometimes you do get that, but never as much as this time. I could literally speak with Jason. That’s unusual.”
Next up: “I just finished an independent film by the Samuels Brothers called Way Up. I’ll be portraying Sadie Alexander in the story of Cecil B. Moore, a Tigre Hill project. And I continue to audition for television, film and theater as well.” 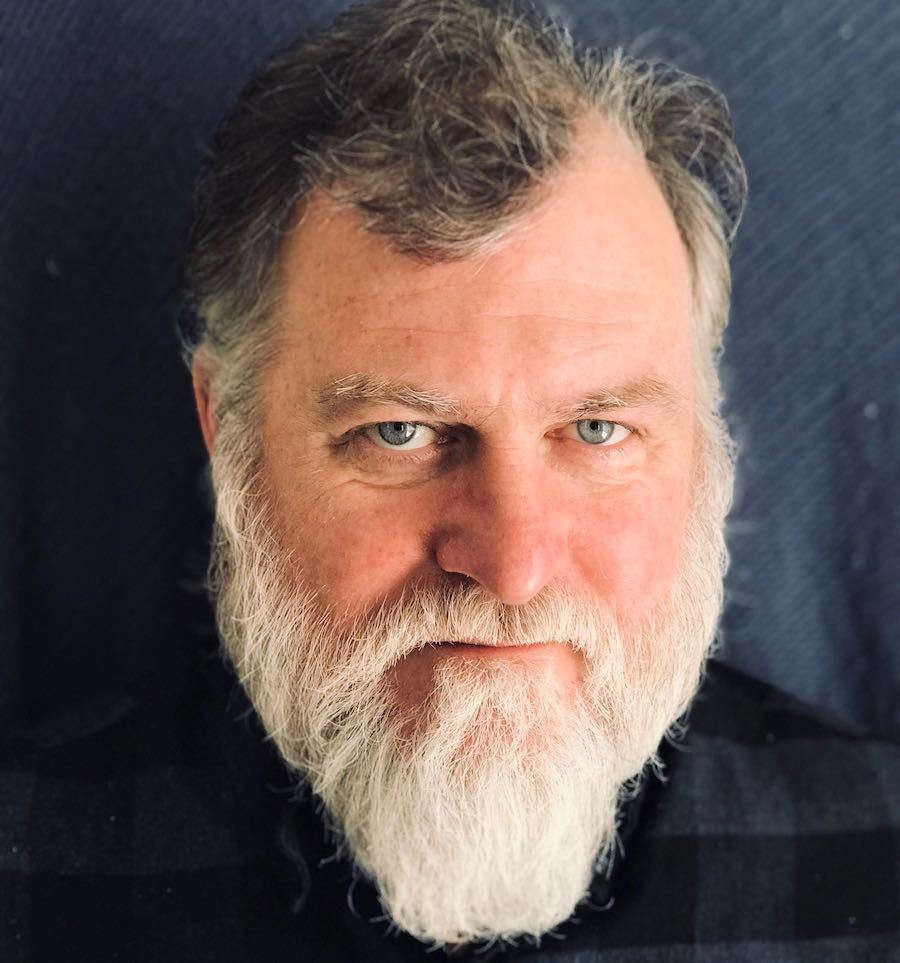 Home base: Queen Village
As seen in: Dozens of Philly productions over the years. Right now, he’s in Everything is Wonderful at Philadelphia Theatre Company.
Role in Dispatches from Elsewhere: “I’m the bartender at the Fishtown Tavern. The guy with the big white beard behind the bar? That’s me.” 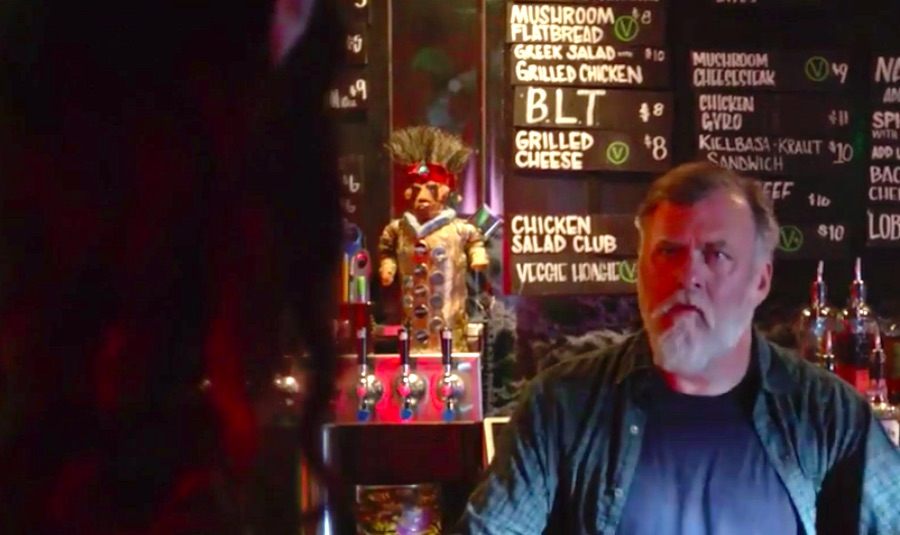 A bartender (played by Philly actor Bill Zielinski) with Peter (Jason Segel) at Fishtown Tavern in Dispatches from Elsewhere.

What it was like being part of the show: “Movie and TV sets can be stressful depending on who you’re working with. But from day one, everybody was super welcoming on this set. Now, this is Jason Segel’s baby, and I’m sure there was a lot of stress for him, but you would never have known it. An absolute gentleman. Oh, and Sally Field was just a gem. Sally is exactly as nice as you think she is.”
Next up: Orphans, opening April 9th at Theatre Exile. He also has a small role in Mare of Easttown. 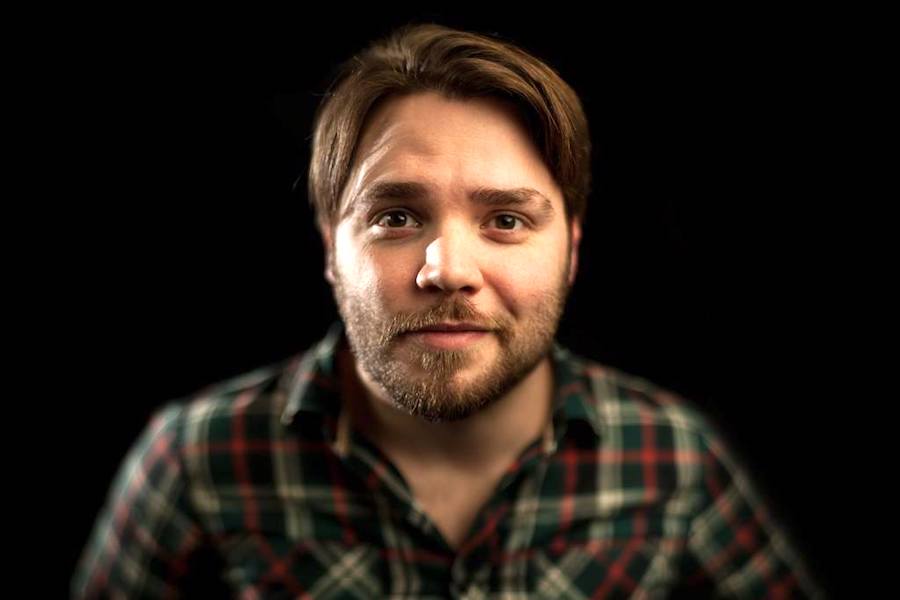 Home base: Chestnut Hill
As seen in: Lots of comedy videos on YouTube, since McKeever once spent most of his time pursuing a stand-up comedy career. Recently, he’s been doing TV work, including in the last season of the HBO show High Maintenance. Comedy Central ordered a pilot of his web series Delco Proper, “but that failed miserably.”
Role in Dispatches from Elsewhere: “I play a guy named Francis, who is one of the players in the game that is happening… I think I’m in three episodes. If there’s a scene where there’s a guy shouting something in a theater, that’s me… if they didn’t cut it.”
What it was like being part of the show: “Usually these sets are cold and sterile, and often times, it feels like no matter what your role is, you’re treated like an extra. But this was wild. I was on set 10 days, and it was totally communal. Everybody was warm and welcoming.”
Next up: He and some friends are trying to shop a show called Tires, a comedy where a college-educated son comes home and has to manage his father’s auto body shop.