The city hasn’t been ambitious when it’s mattered. 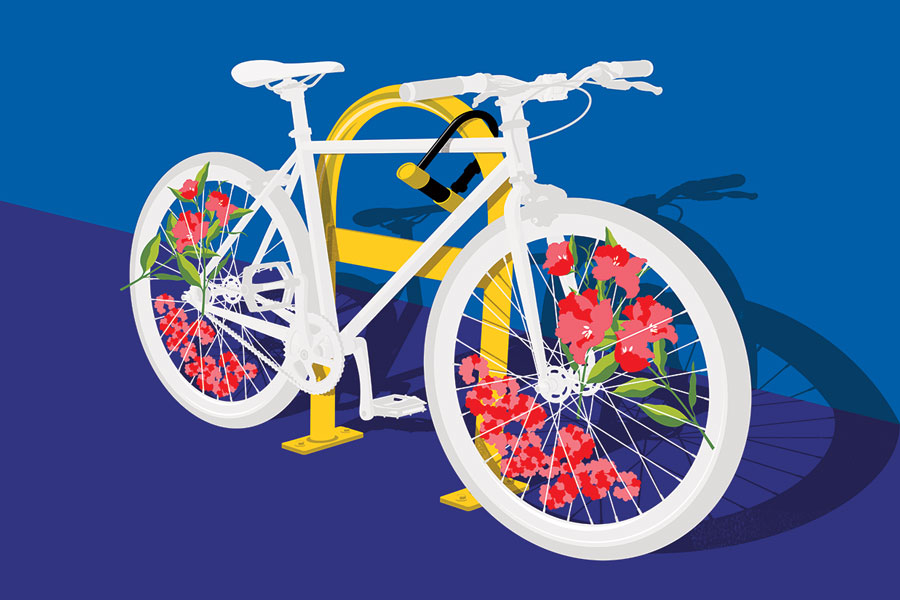 One word to sum up Philly’s Vision Zero goal of eliminating traffic deaths by 2030? Ambitious. Even bike-loving Sweden — which pioneered the global safe-streets initiative in 1997 — has yet to meet its zero-traffic-deaths commitment. Things did start well here. In 2017, the city’s first year under Vision Zero, a decrease in crash fatalities made the impossible look … possible. But during 2018, the program’s second year, traffic deaths actually jumped by 17 percent, for an increase from 78 to 91, continuing a general upward trend in people killed by vehicles on Philly streets.

For all of Vision Zero’s ambition, Philly hasn’t been ambitious when it’s mattered. The city has failed to follow through with the kinds of game-changing infrastructure projects that can permanently alter a city’s street-safety culture. One example? Bike lanes. In 2015, New York’s second year of Vision Zero, that city added 12.4 miles of protected bike lanes — more than double Philly’s total protected bike-lane network. Many bicycling advocates saw this year’s repaving of Spruce and Pine as an opportunity to add a few more miles to Philly’s stock; instead, the city installed plastic delineator posts … only at intersections … and none east of 8th Street, due to objections from the Society Hill Civic Association. There’s similar community pushback on 11th Street, where anti-bike-lane folks moved temporary metal fencing meant to keep drivers off a new bike lane until delineator posts can be installed. The city took its time cracking down on illegally parked cars, blaming a lack of no-parking signs — which apparently take months to make.

If officials want fewer traffic deaths, they need to buck up. If the city can’t even take a stand on flexible bike-lane dividers on Spruce and Pine, of all things, it will never fundamentally affect street-level safety. That’s not Vision Zero. That’s a lack of vision.

Published as “Unsafe Streets” in the January 2020 issue of Philadelphia magazine.