Here are the changes you’ll notice at the city’s busiest subway stop — including new elevators and a fancy art installation. 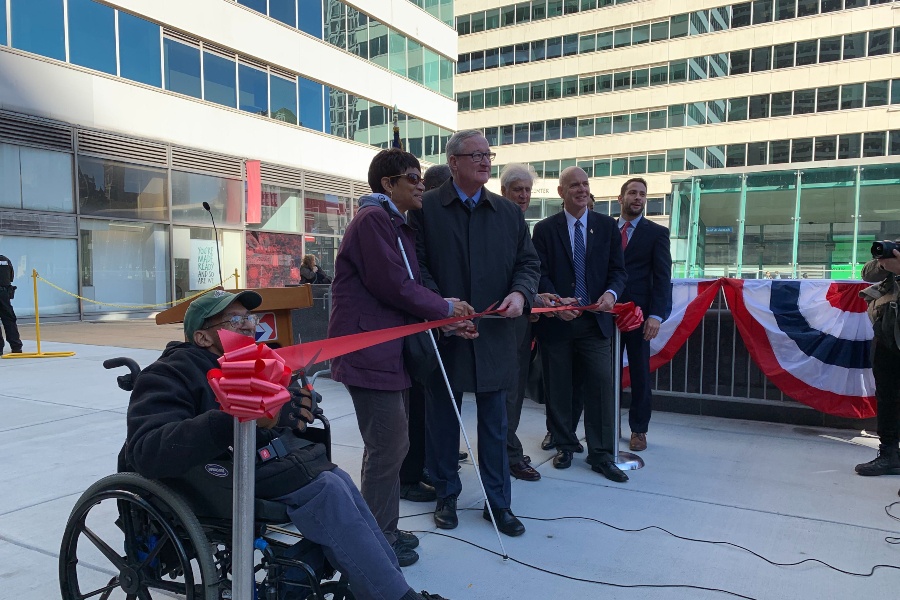 You might notice some changes at SEPTA’s 15th Street Station this week.

City, federal, and transit officials gathered on Monday morning to cut the ribbon on a $28 million renovation project at the Center City transit stop, the most heavily used one in Philly. 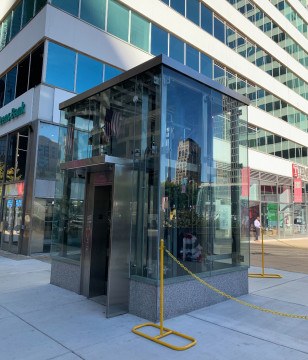 One of the new elevators. | Photo by Claire Sasko

The updates represent the second phase of a larger, ongoing $146 million revamp of SEPTA’s 15th Street and City Hall stations complex, which serves thousands of riders per day and functions as “the geographic center of transit in Philadelphia,” in the words of SEPTA general manager Jeffrey D. Knueppel.

Just-unveiled 15th Street Station improvements include two new glass-walled ADA-compliant elevators, which jut out of the ground northwest and southwest of City Hall, as well as an art installation on the Market-Frankford line platform. Other changes include new ramps, wider corridors, reconfigured fare lines (with SEPTA Key technology), and new stairs and railings. On the design front, expect new signage equipped with LED lighting and more.

“Progress is being made one step at a time,” Knueppel said at the ceremony on Monday morning, standing in front of Mayor Jim Kenney, U.S. Rep. Dwight Evans, and Paul Levy of the Center City District.

Those who board the MFL at 15th Street this week will likely notice a new installation by Philly artist Ray King. The piece, titled “Art-in-Transit,” features LED-lit strips displaying a rendition of a city map dating back to 1910.

The installation is “meant to be durable,” King said, and includes holographic light diffraction film (science!) that inhibits spray paint or other graffiti. 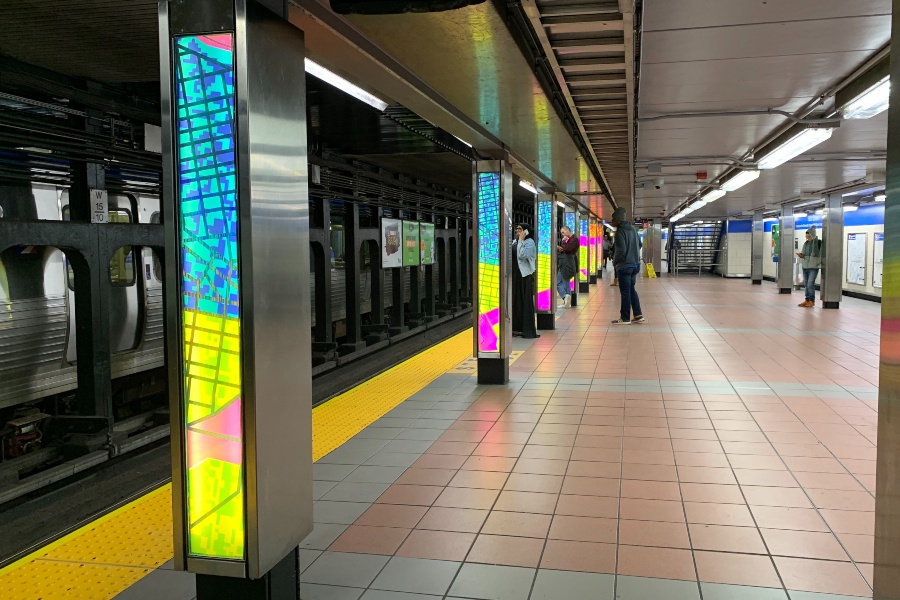 One piece of useful technology you won’t see in the station just yet? Real-time train arrival screens that display when to expect the next subway. Knueppel said SEPTA hopes to pilot the first version of those by the end of the year.

Construction on this phase of the 15th Street and City Hall complex renovation project kicked off in 2016. Sherman Aronson, senior associate of BLT Architects, said that to ensure train access while changes were underway, work never closed more than a quarter of the 15th Street subway platform at a time.

The next two phases of the massive transit revamp will bring new fare lines and elevators to City Hall Station, as well as ADA-compliant tunnels connecting the two subway stops.