“She should lose her job,” says Maureen Faulkner, the widow of Daniel Faulkner, who was killed by Mumia Abu-Jamal in 1981. 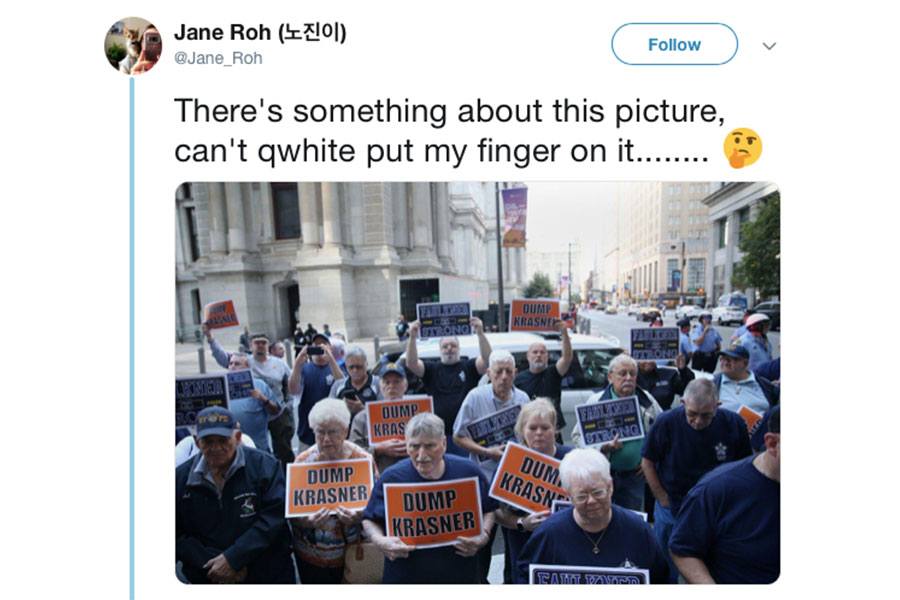 A screenshot of a tweet by Jane Roh, spokesperson for Philadelphia District Attorney Larry Krasner, showing an Inquirer photo of Daniel Faulkner supporters.

A now-deleted tweet by Philadelphia District Attorney spokesperson Jane Roh has outraged Maureen Faulkner, the widow of Philadelphia police officer Daniel Faulkner, whom Mumia Abu-Jamal was convicted of murdering in a 1981 shooting.

Faulkner, now a California resident, was in Philadelphia on Friday to lead a protest against Philly DA Larry Krasner’s involvement in Abu-Jamal’s ongoing appeal for his 1982 conviction.

“There’s something about this picture, can’t qwhite put my finger on it,” Roh tweeted. She later wondered if the white Faulkner supporters would wind up at Denny’s after the protest, presumably referring to the long history of allegations of racism at the restaurant chain.

Roh did not respond to multiple requests for comment. The tweet had attracted more than 100 comments, most of them negative, before being deleted on Monday afternoon, soon after Philly Mag contacted Roh.

“It was racist, unprofessional and totally juvenile,” Faulkner told Philly Mag from her Los Angeles home on Monday morning. “She should lose her job.

“This is a disgrace. If it was a racist comment about a black or brown person or an Asian person, it would have blown up. People would be marching in the streets about it. But because it’s a comment about white people, everybody lets it be.” 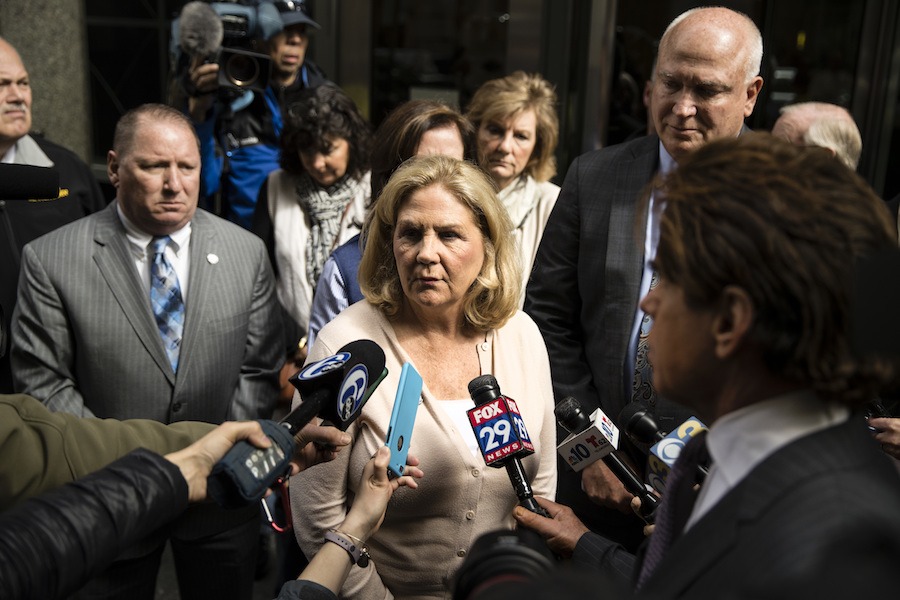 While in Philadelphia, Faulkner stood outside Krasner’s office and demanded that he recuse himself and the entire office from Abu-Jamal’s latest appeal, which is winding its way through the courts.

She asked that the court appoint Pennsylvania Attorney General Josh Shapiro to handle the appeal instead of Krasner, claiming that Krasner has a conflict of interest in the case and that he has told her “numerous lies” about his position on the Abu-Jamal case since he took office.

In her interview with Philly Mag, Faulkner also said one of Krasner’s staffers, who formerly worked in his private legal defense practice, previously worked as an activist on behalf of Abu-Jamal.

Krasner did not immediately respond to requests for comment routed through Roh or emailed directly.