“The Rock” Wished This Fishtown Grandma a Happy 100th Birthday

“I believe you're in Philadelphia. I love Philadelphia. I'm sending you so much love,” Dwayne Johnson says to a cackling Marie Grover, who’s wearing a “100 & Fabulous” sash. 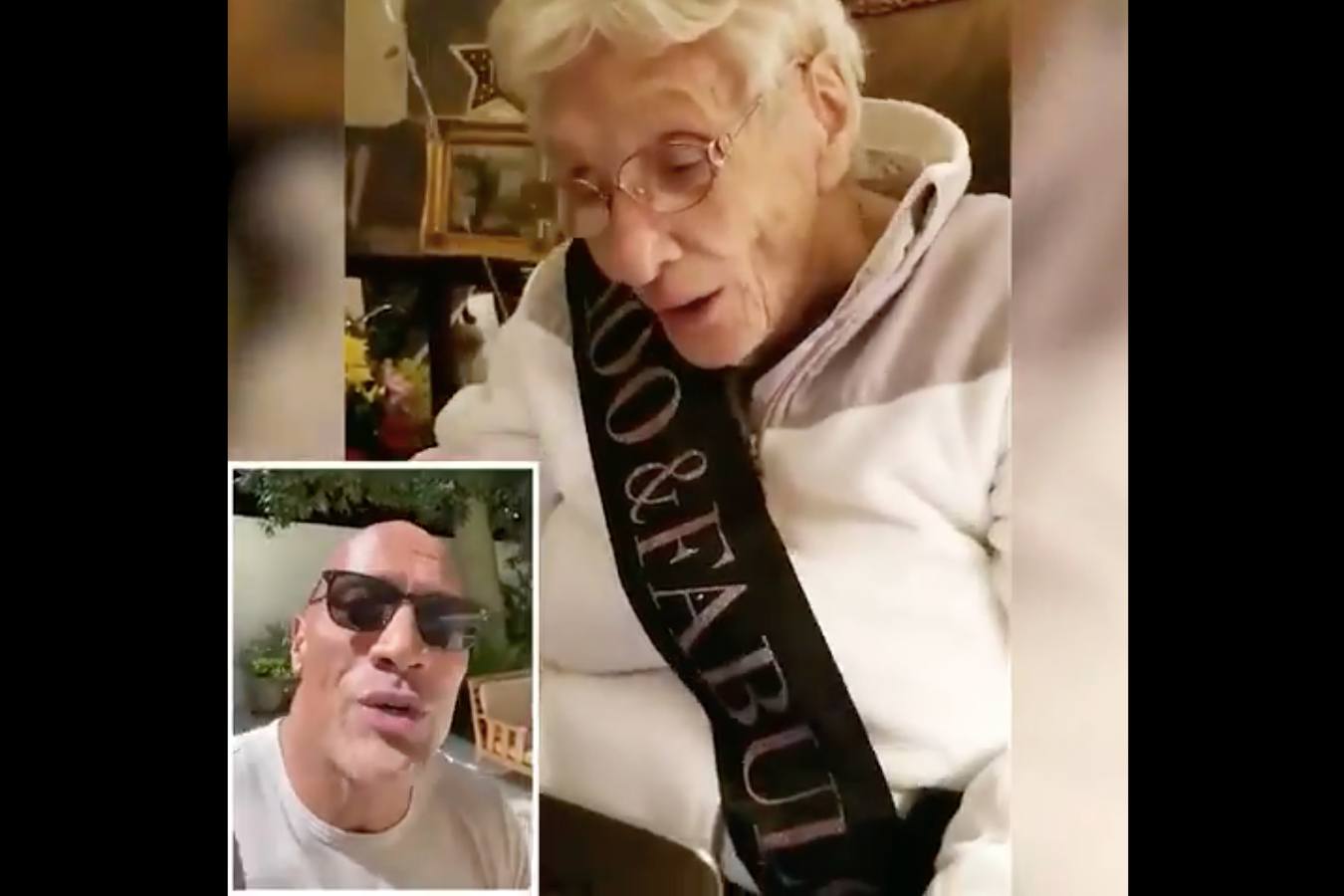 Turning 100 years old is a celebration in and of itself — with or without Dwayne “The Rock” Johnson wishing you a happy birthday. But a Philly grandmother was recently blessed with both.

Fishtown native Marie Grover (also known as “Grandma Grover”) is circulating the internet in an incredibly heartwarming video in which she receives a personalized birthday message from Johnson, whom she’s apparently crushed on for a long time. We’re spreading it around even more because it feels like our duty.

We were unable to get Grover on the phone on Friday, as she’s preparing for her birthday party on Saturday with “half of Fishtown and relatives from all over the country,” according to Jamie Klingler, Grover’s granddaughter’s best friend of 30 years. (We understand Grover is a popular lady — Klingler even described her as “the mayor of Fishtown.”)

Klingler, who’s from Philly but has lived in London since 2002, set the whole thing up. She’s earned some serious brownie points from Grover.

Klingler got the idea to ask Johnson to send a birthday video late last month. Having worked in magazines for 15 years, she figured she’d pursue the most realistic avenue — Johnson’s publicist, whom she said she emailed but didn’t hear back from. Eventually, a friend of a friend of hers said she knew Johnson and could get her in touch with him, prompting an excited tweet from Klingler. The tweet ended up setting everything in motion, because Johnson saw the message.

What?? First I’m hearing of this! Who’s turning 100? Beautiful age! What do you need, Jamie?

Klingler responded, and eventually Johnson sent her a direct message with a personalized greeting for Grover. Grover’s granddaughter recorded the now-viral video of her grandmother opening the clip. In the video, Johnson says, “I’m sending so much love and huge congratulations on 100 years. What an amazing life.”

Grover, cackling and wearing a “100 & Fabulous” sash, responds with, “Love you right back, you ‘Rock’ you.”

Klingler said she wasn’t expecting Johnson to “go so far above and beyond” and talk for a full minute — or mention Philly — in the video. Grandma Grover, on the other hand, wasn’t expecting any birthday wishes like this.

“The guy at the corner store bought her a birthday cake and said, ‘I saw ‘The Rock!’,” Klingler said. “Making a 100-year-old go viral is pretty amusing for all of us involved.”

“Her daughter said she’s loving the attention and has been so perked up and having a blast and just can’t stop laughing,” Klingler added. “We’re so touched by [Johnson’s] generosity and how sweet it was. It really has been an incredible week for her.”