Film tourist and blogger Andrea David chronicles her visits to movie landmarks around the globe. 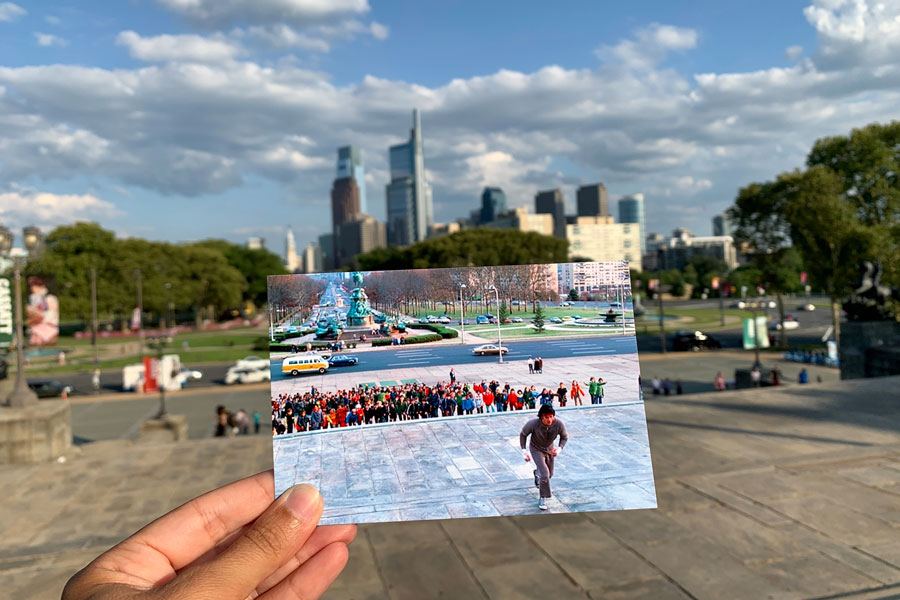 Andrea David, a travel blogger and film tourist, snapped this photo during her Philadelphia movie tour.

David, who has been traveling around the globe to locations featured in films since 2004, got her start when she was pursing a degree in tourism management in Munich, Germany.

“I decided to write my diploma thesis about the influence of films on where we choose to travel, combining my love of cinematography and film with my background as a former travel agent,” explains David. “While doing research in 2004, I gained a taste of it and started traveling to various filming locations. After my thesis, I continued traveling this way because I really enjoyed it.”

In 2007, David launched a blog — Filmtourismus — and later, an Instagram handle, which has amassed over 550,000 followers. While plenty of individuals have sought out film sites around the world, what sets David’s quest apart is the use of film stills in her photographs. The results are stunning optical illusions — as can be seen in her snaps from Home Alone, Game of Thrones, Harry Potter, and many more.

At the end of July, David’s travels landed her in Philadelphia, where she was hosted by the Philadelphia Convention & Visitors Bureau. After years of looking at the Rocky steps in photos, she finally made plans to see them with her own eyes. 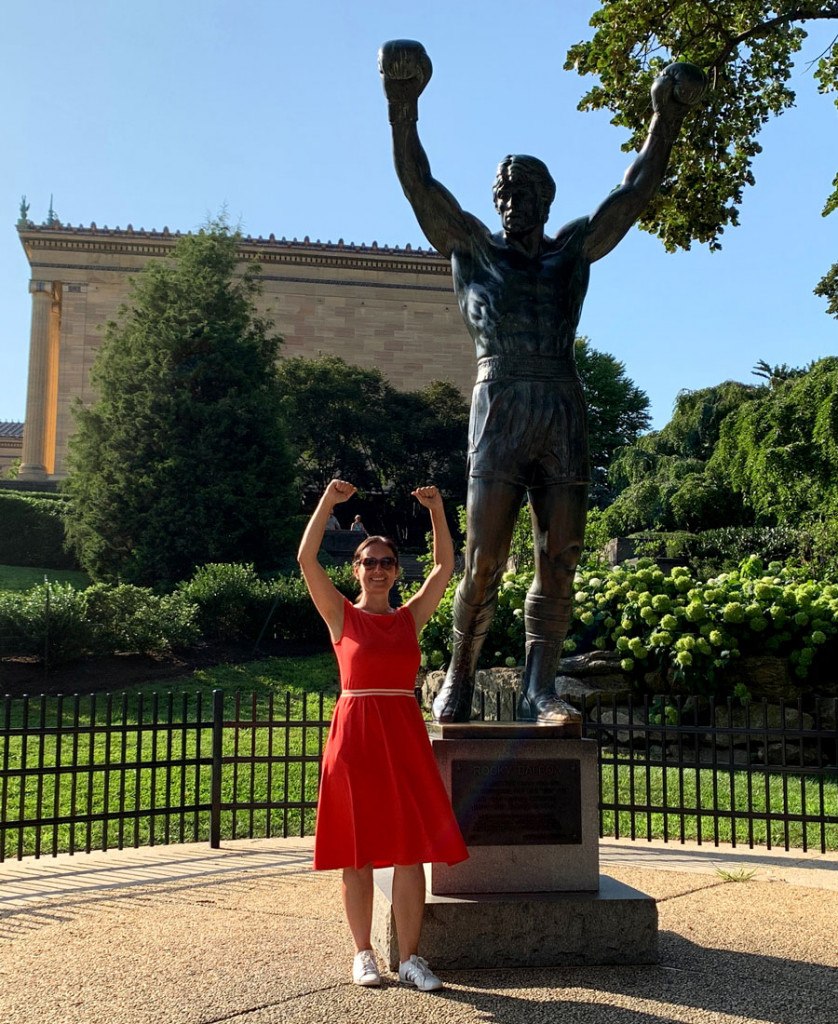 “I always wanted to run up the Rocky steps and discover the places I only knew from the movies by myself, so Philadelphia was on my travel wish list for quite a while,” says David.

During her stay, David joined a Yo Philly! Rocky Film Tour, which is led by Rocky impersonator Mike Kunda. This tour gave her the chance to check several Rocky locations off her list — which you can see below. 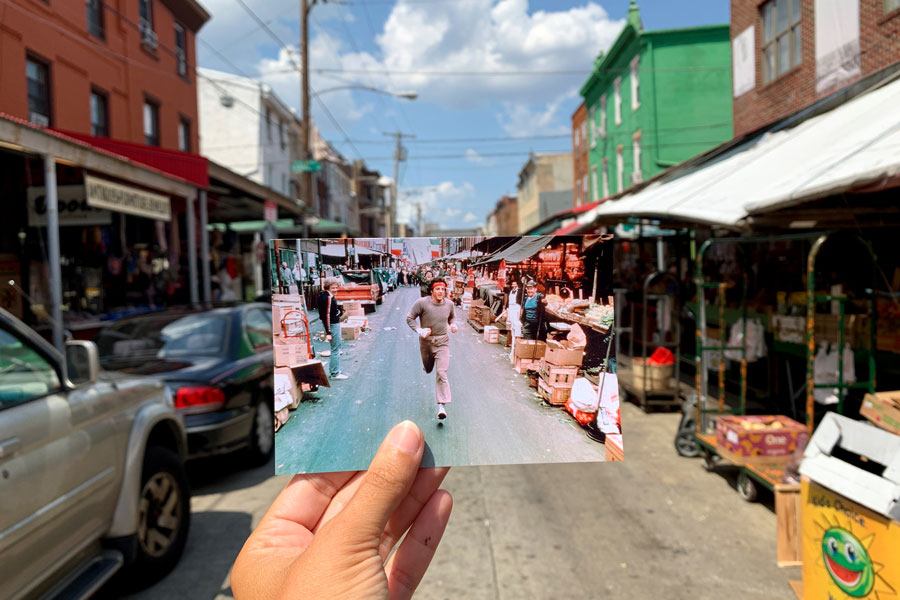 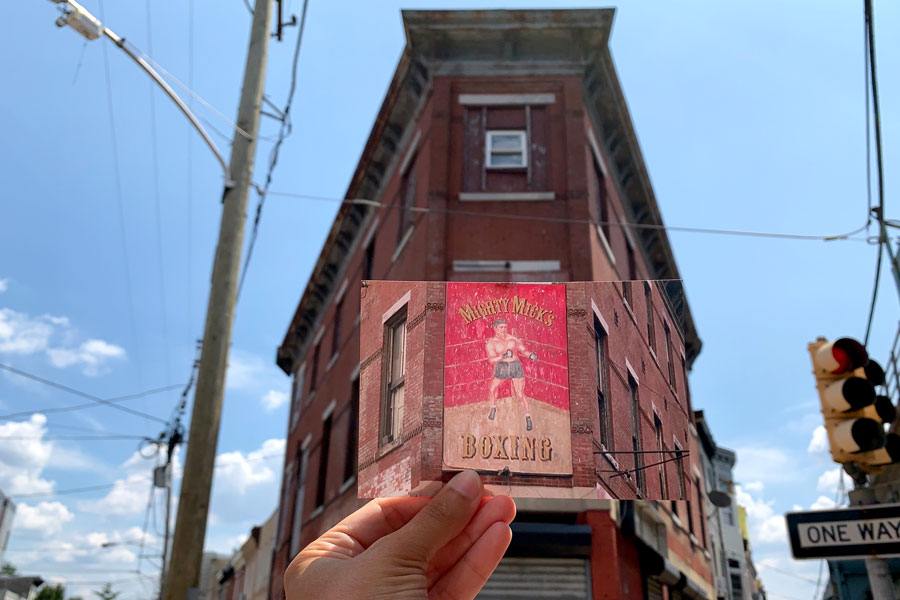 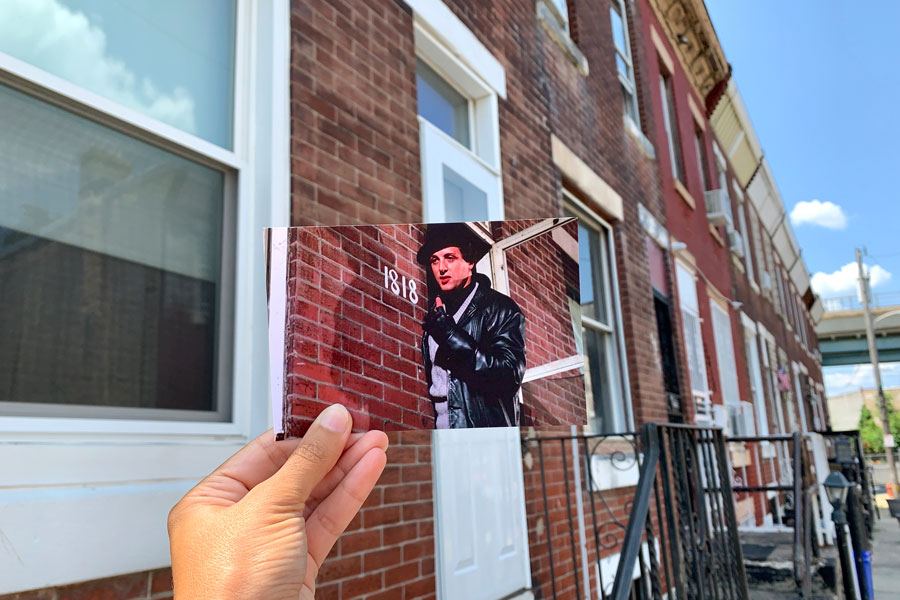 But Rocky isn’t the only film David highlighted during her visit to the City of Brotherly Love. She also made stops at film locations for The Sixth Sense, The Fresh Prince of Bel-Air, Twelve Monkeys, and Silver Linings Playbook.

Here’s her shot from The Sixth Sense, which she captured inside of St. Augustine’s Church, located at 243 N Lawrence Street in Old City. 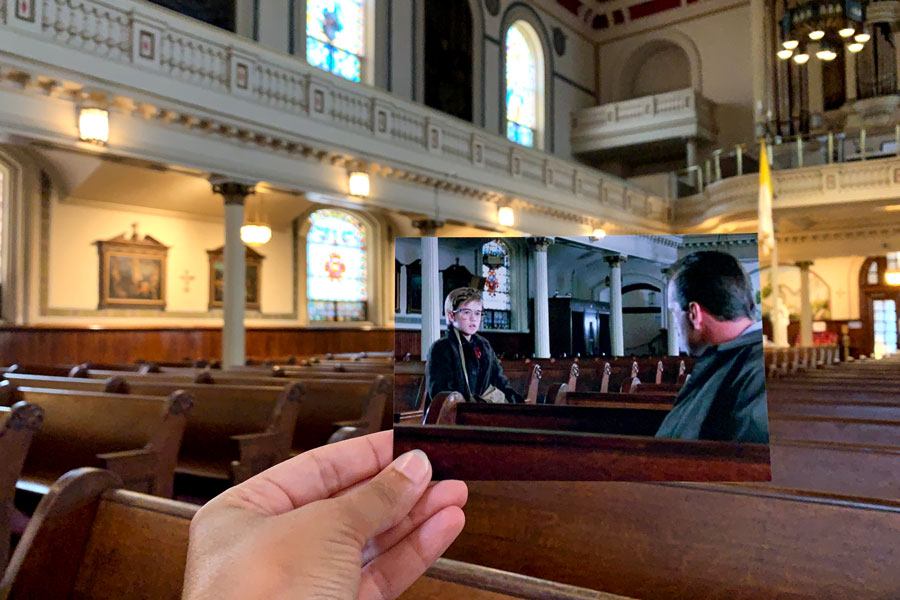 She also stopped by Roberto Clemente Park — located in Spring Garden, not West Philly — to snap this Fresh Prince-inspired photo. The photo is so good, Will Smith himself shared it. 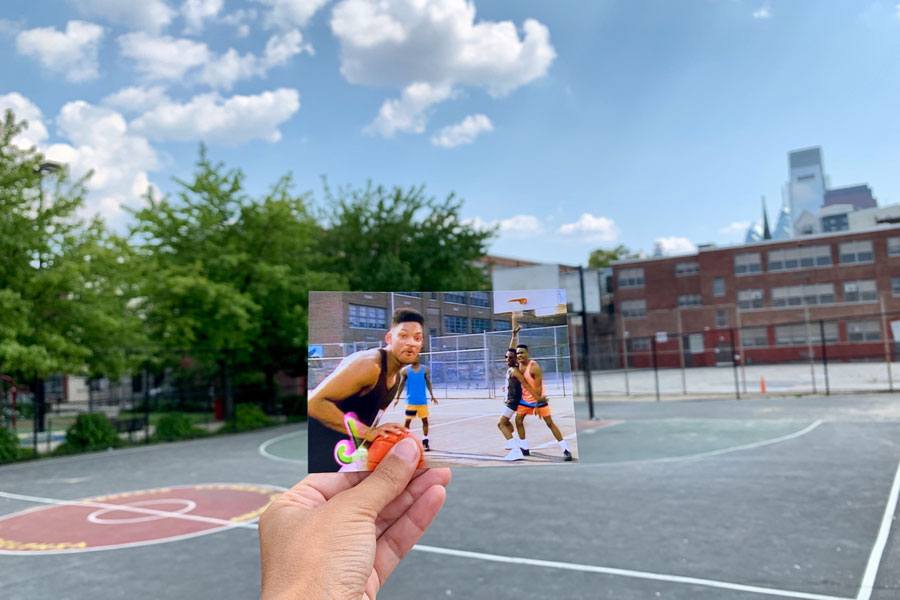 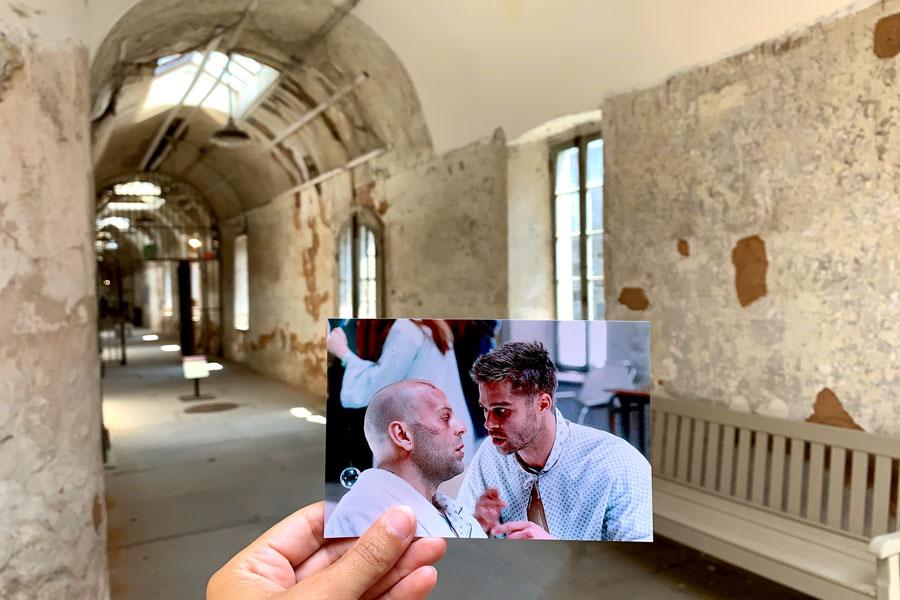 Finally, David made a stop at the Historic Lansdowne Theater in Lansdowne and the Llanerch Diner in Upper Darby to pay tribute to Silver Linings Playbook starring Jennifer Lawrence and Bradley Cooper.

While David posted on Instagram Stories on Monday morning that she was leaving Philly, we hope she’ll be back to share some more photos soon. After all, with Jason Segel’s AMC series filming here and Idris Elba’s Concrete Cowboys underway, the list of film tourism sites in Philadelphia just keeps getting longer.