Queen Village Is Not Screwing Around With Its Rat Infestation

The Queen Village Neighbors Association sent a fierce letter to residents warning, among other things, that dumping trash in Bainbridge Green means that the rats’ food source is “being delivered.” 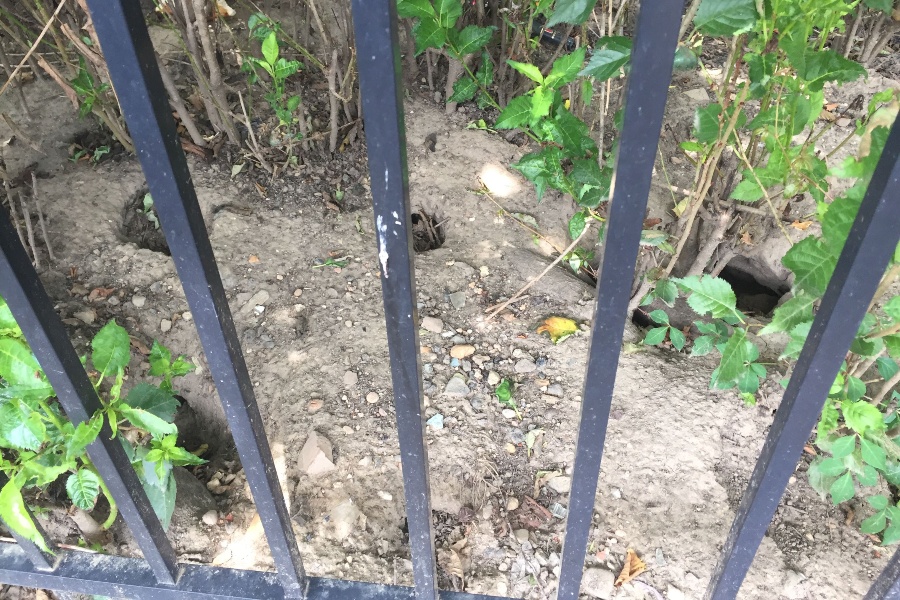 You can’t really say you live in Philly until you’ve seen a brawny rat (or two or three) scurrying about the dark and dismal hollows of SEPTA’s Market-Frankford Line. (Bonus points if it’s dragging along a pair of soft pretzels.) It’s almost a rite of passage — and, if you ask us, the only acceptable place to spot a rat in Philly.

The city’s rodent population, however, extends far beyond the subway tracks, much to the displeasure of Queen Village, where a neighborhood group sent a strongly worded email to residents last week warning against certain behaviors that may have led to a rat infestation in the area.

The 800-word letter, crafted by the Queen Village Neighbors Association, basically boils down to one simple message: Clean up your damn trash, people. This is Queen Village you’re living in.

Reached by phone last week, a member of the association assured me that the neighborhood’s problem probably isn’t as bad as infestations in parts of Northeast Philly, where rats have tormented residents in Lawncrest this summer. There, one resident told NBC10, rats are the size of cats, and they’ve been spotted at all times of day, perusing barbecues and munching on garden plants and lurking underneath cars.

In the association’s letter, president Eleanor Ingersoll wrote that “while rats exist in every city neighborhood,” as in Lawncrest, recent street work and trash dumping “may have exacerbated problem areas in Queen Village.”

The neighborhood seems to be tackling the problem a bit more aggressively than others, though. The association’s letter said it’s working with the city’s Vector Control Program as well as two nonprofits — the Interstate Land Management Corp. and the South Street Headhouse District — to address the infestation. Plus, the organization stressed that officers from the city’s Streets and Walkways Education and Enforcement Program will be “actively patrolling Queen Village on a regular basis” and “will ticket individuals who place household trash in or around a pedestrian trash receptacle.”

The fine for doing so is $150. And by the way, states the letter, neighbors who wish to report violators can do so by uploading videos through Philly’s 311 app. SWEEP officers will then ticket anyone found to have committed a violation. Because if you haven’t gathered by now, the neighborhood is serious about this rat problem.

The Queen Village infestation is reportedly at its worst along Bainbridge Street between 4th and 5th streets, as well as on the east side of Front Street from the South Street Bridge to Fitzwater Street. In the former location — which includes Bainbridge Green, a stretch of greenery in the center of Bainbridge Street — Ingersoll’s not wrong: There is a lot of trash and dumping taking place.

It’s “been regularly piled in and next to the three public trash cans on the center island,” as Ingersoll wrote, and is also “being thrown inside the fenced area” of the green.”

“The rat burrows are located within the fenced areas, so now their food source is being delivered,” she added. 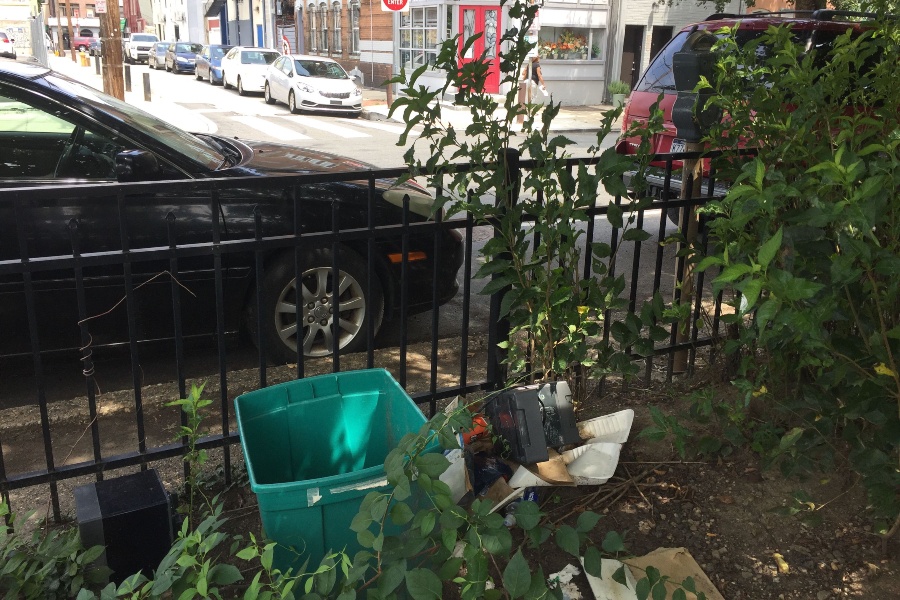 In addition to the two nonprofits helping to reduce the rat infestation, the city’s Vector Control Program has been treating the infestations. The program, which is run by the Department of Public Health and employs 28 people, has worked to control the city’s rodent population for more than 100 years. When staffers receive a complaint of a rodent, they typically visit and survey the problem site within a day or two. When treating the area, they drop rodenticide pellets into rat burrows, making sure pellets are 6 to 12 inches beneath the ground, to keep them away from pets and children.

Vector Control receives several thousand complaints of rats per year. Below, you can see where rat complaints were highest in 2016. 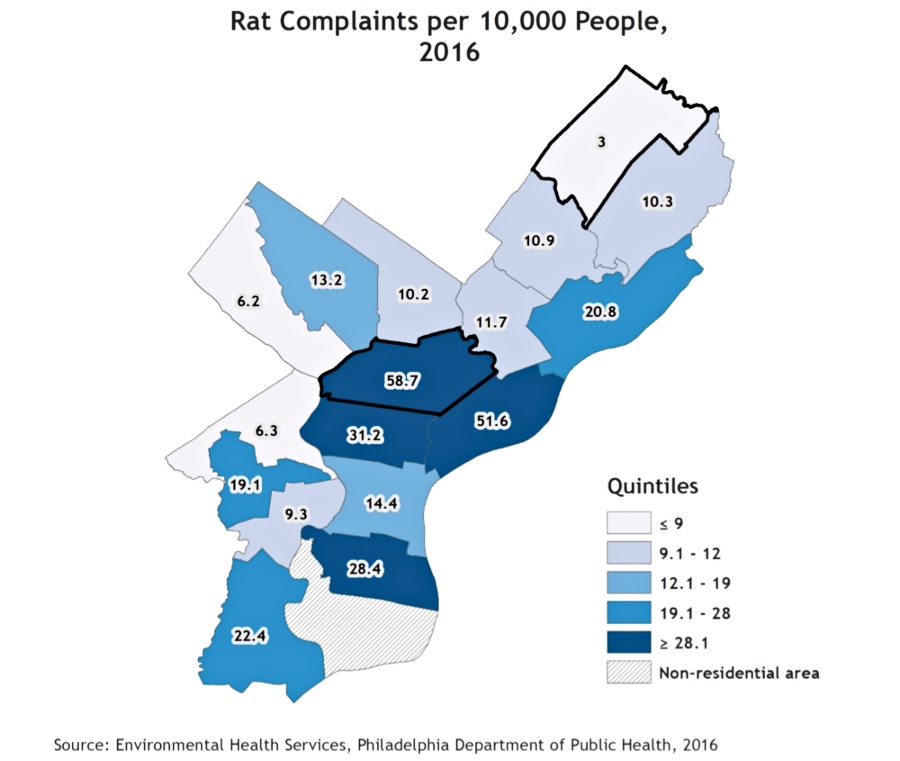 James Garrow, a spokesperson for the city’s Health Department, said Vector Control is working to abate the Queen Village infestation. He said construction in the area seems to have exacerbated the problem. The city is also continuing to treat Lawncrest, where Garrow said treatment is “working and [Vector Control] will continue to follow up until the problem is solved.”

Garrow said removing trash and potential rodent shelters (think: tall grasses, creeping vines) are the two biggest steps communities can take to reduce a rat problem. Gardens with crops are another food source, he said — so be sure to pick your vegetables as soon as they’re ripe.

“If you can get rid of the food and lack of shelter, [rats will] generally move,” Garrow said.

Oh, and one more thing, according to Ingersoll’s letter?

“ALWAYS pick up after your dogs — poop is a food source.”