Presenting the Worst of Philly 2019: From Brian Sims to Geno’s Steaks and Beyond

We’ve had it with all the positivity. Here are 14 losers, duds, disasters, and complete embarrassments from the year past. 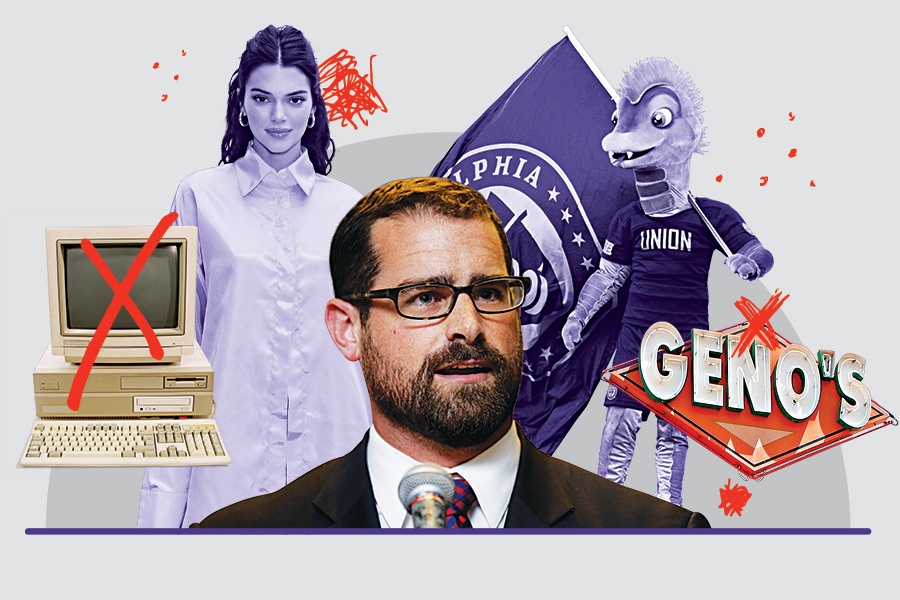 Well, we searched high and low to find you the Best of Philly 2019, but we couldn’t do so without also recognizing the worst. Enjoy!

Sure, your viral, narcissistic display outside Planned Parenthood earned you some new Instagram followers, but it was downright embarrassing to most people, including many who actually agree with your position. As we so often tell our kids: Sometimes it’s not what you say, but how you say it.

They screwed up much of Marc Vetri’s empire. They treat their employees like North Korean citizens. And they produce cheaply made clothing that you can, laughably, now rent. Sometimes we wonder if the cool factor they bring to Philly is worth it.

Worst Silent Threat I: The Department of Revenue’s 34-year-old computers

One of the city’s most important departments processes vital data on a system installed back when churches were burning copies of Like a Virgin. Let that sink in for a second.

Many of the pipes that carry water under our streets were installed before slavery was abolished. Let that sink in for a second.

We tried all of the cheesesteaks that Philly visitors usually seek out, and this under-seasoned, overly greasy mess was at the bottom of the barrel. But hey, the neon is cool.

Under federal indictment, and still facing no real Republican opposition in the upcoming election for Council. Ah, Philly. We still love you.

May the Kardashian name never be uttered in this city again.

Worst Center City Street to Travel If You’re in a Vehicle: All of them

Call us Luddites; we loved that damn flipboard.

Multi-generational poverty? Good luck. Illegal guns? Godspeed. But our filthy, littered streets could so easily be cleansed if city officials would simply require residents to move their cars one day a week. Instead, we use leaf blowers to push trash around, and buy $2.73 million in street sweepers only to realize they won’t fit down some of our streets.

Surely all of the problems with gentrification and overdevelopment can be fixed by banning this sadistic scourge!

Just be glad you weren’t tripping on acid and watching Chernobyl when it happened.

Published as “Worst of Philly” in the August 2019 issue of Philadelphia magazine.