13 Philly Cops to Be Fired After Investigation Into Facebook Posts

Four other officers will be suspended — and nearly 70, in total, will receive some form of discipline after a probe into allegedly racist and violent Facebook posts. 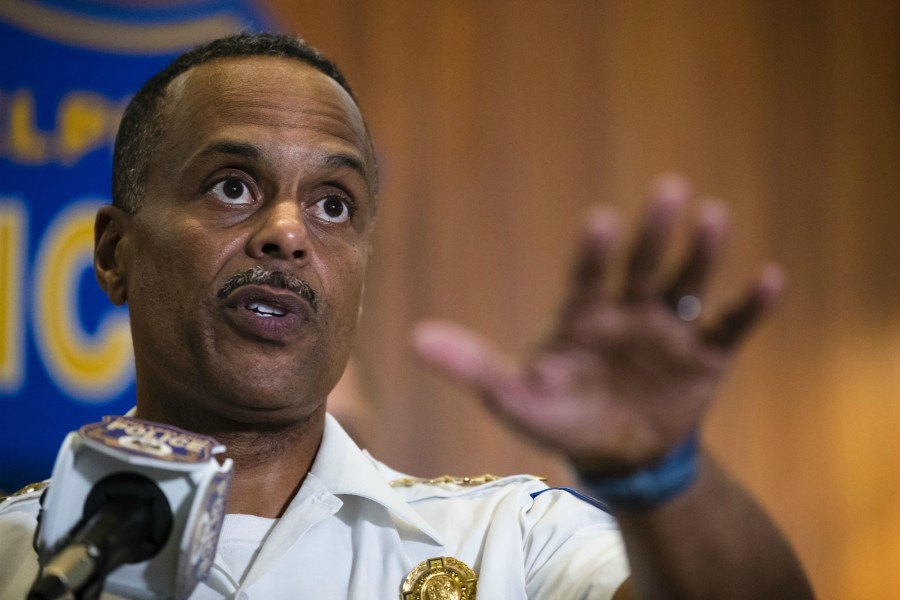 Police Commissioner Richard Ross announced the move on Tuesday, less than a month after the department said it would place 72 officers on desk duty — the largest number at once in recent history — as the probe played out.

The police department has not released the names of any officers implicated as a result of the investigation. Ross said the highest ranking of any of the disciplined police officers is sergeant.

Sixty-nine of the officers who have been placed on desk duty will receive some form of discipline, ranging from a warning to a 30-day suspension with the intent to dismiss, Ross said. He added that all of the 72 officers are receiving training regarding social media and professionalism.

Officers who will be fired were found to have made posts that either advocated for violence or death “against any protected class such as ethnicity, national origin, sex, religion and race” or worked to “erode the trust necessary for a police department to carry out its core mission,” Ross said.

Examples of such posts included anti-Islamic posts with the words “Death to Islam,” as well as references to African Americans as “thugs,” and homophobic memes which, in some cases, referenced violence, he added. The law firm Ballard Spahr assisted in determining which speech was constitutionally protected, as well as whether or not the speech endangers the department’s core mission.

“I am very troubled, and I understand the dismay that the public would have, because we have it as well,” Ross said. “We will work tirelessly to make this situation better. We know it will take a tremendous amount of effort on our part. That is not lost on us.”

Ross did not say whether or not the police department would eventually name the 13 officers it intends to dismiss, only that it was not naming them “at this time.” He said the officers have not yet completed paperwork necessary to making “their termination official.” A few were on vacation as of Tuesday, he added.

Moving forward, the department will examine its social media and personal conduct policies, as well as those of other departments.

Ross said he sees the posts as a “microcosm” of the “ridiculous hate that just consumes this country and has done so for centuries,” adding that he’s “not making an excuse [for the officers] when I say that, because there’s no excuse.”

Also speaking at the press conference, Mayor Jim Kenney said he was confident in Ross and his department’s leadership but that the officers responsible for the problematic posts had “hate in their hearts, and I don’t think there’s anything [the department] can do other than to fire them, discipline them and train them.”

Like Ross, Kenney compared the situation to national unrest.

“Look at what the president is posting on Twitter,” Kenney said to reporters after the conference, referring to Donald Trump. “If that’s what people are getting their cue from sometimes … I think this country is going through an extremely difficult racial situation. Not that it’s anything new, but it’s on the surface now — it’s out there. And people, what they used to say in their basements, in their barn, it’s now being said on social media publicly.”