The land of Rocky has yet to deal with its history as a notoriously segregated place. 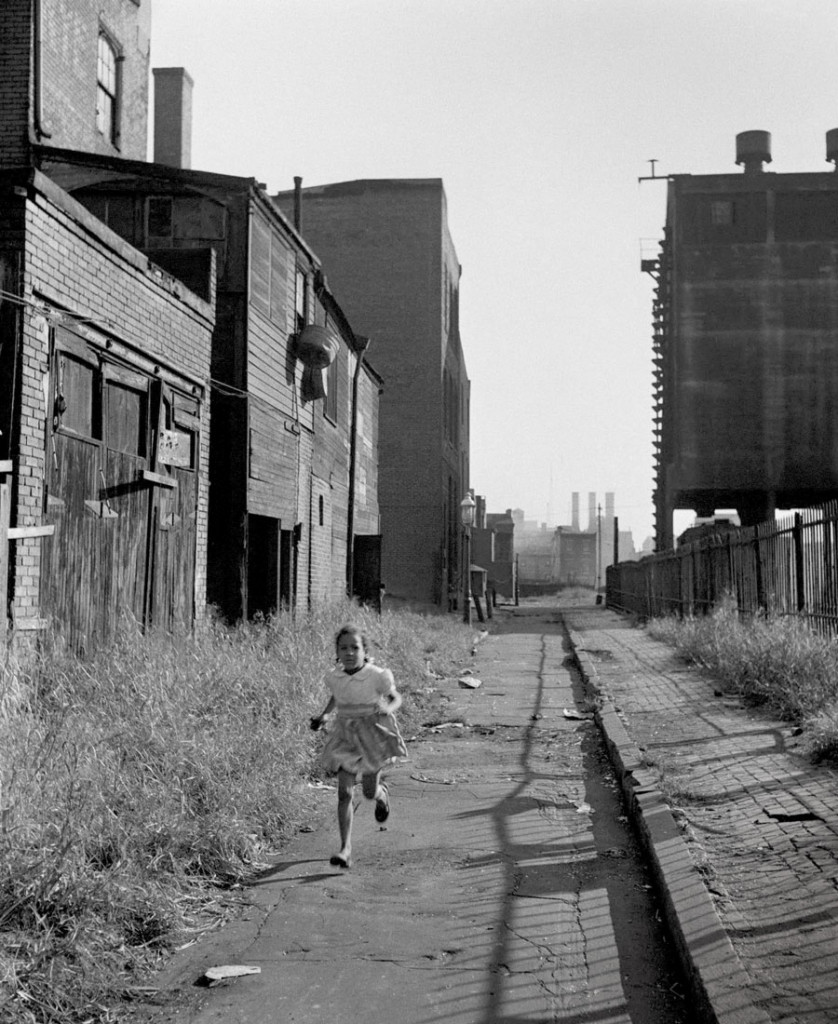 A snapshot of mid-century South Philly.

I always had a visceral dislike for Frank Sinatra,” says Tayyib Smith, owner of Little Giant Creative and co-owner of Pipeline Philly, “and I realized that was because when I walked into spaces where his music was playing, people were mean to me.”

Back in the early ’80s, 13-year-old Tayyib and his friends journeyed down to South Philly for Fresh Fest — his first rap concert. As Smith tells me his story one day at the Pipeline co-working space, it’s hard to ignore the fervor of his nostalgia as he recounts the first time he saw the likes of LL Cool J and Run-D.M.C perform, for 18,000 people in what was then the Spectrum. But that jovial childhood memory fades as he recounts what happened after they left the concert.

“The C bus wouldn’t take us because there was too many of us — about 13 to 20. Back then in Philly media, they used to refer to that as a ‘wolf pack.’ That was the narrative that surrounded young black boys,” says Smith. “So we had to walk to get back to North Philly. And I don’t remember the intersection, but I remember all these men, white men, who I assumed to be Italian, came out of the bar and surrounded us with baseball bats and walked us the eight blocks out of the neighborhood. That is my most formative childhood experience that came out of South Philly.”

While Smith’s story is alarming, his experience involving South Philly-ing while black isn’t uncommon. Being black is often a complicated paradox; being black in a city where you’re the majority but presented as the minority is even trickier.

Let me explain. Philadelphia culture, as portrayed by the mainstream and national media, often directly relates back to South Philly. Just think about Rocky, the Mummers, cheese-steaks (Pat’s or Geno’s — neither for me), sports, sports fans, and let’s not forget the all-encompassing “youse.” These “cultural nuances” only represent one subset of life in Philadelphia — and the whitest one at that.

The very obvious pushing of one culture over the other sends a direct message to the people not being represented: You aren’t welcome here because you aren’t one of us.

Historically, South Philly has been a place deeply rooted in racism, segregation, and an us-vs.-them mentality.

Historically, South Philly has been a place deeply rooted in racism, segregation, and an us-vs.-them mentality. This can be traced back to the 19th century and tensions between the early Irish settlers and blacks. In an eerie presaging of the present day, many of those Irish settlers feared that Southern blacks who were migrating north to the city would take their jobs and overrun their neighborhoods.

The result: W.E.B. Du Bois described the Irish as the “hereditary enemies” of blacks during this period. And they weren’t alone. “It was not just the Irish in South Philadelphia who treated blacks badly,” Murray Dubin wrote in South Philadelphia: Mummers, Memories, and the Melrose Diner. “There were more blacks in Philadelphia than in any other Northern city, but no Northern city treated them worse.” Back in 1862, Frederick Douglass had put an even finer take on it: “There is not, perhaps, anywhere to be found a city in which prejudice against color is more rampant than in Philadelphia.”

In my own experience growing up in Philadelphia, hearing “Don’t go down to South Philly” from my parents and elders was as commonplace as “Tie your shoes” and “Look both ways before crossing the street.” And it seemed as though my friends of color were also privy to this rule, as we typically never ventured past Bainbridge Street unless we were with our parents (or going to the stadiums, of course).

The first time I went down to actually hang out in South Philly was two years ago, when I had just turned 21. My good friend told me about a wine bar down there that she’d really liked when she went with her group of (all white) work friends. While I was reluctant to go, a piece of me wanted to give the place south of South Street the benefit of the doubt.

After arriving and carving out a space at the crowded bar, we were ordering when I heard a low-toned “Where are youse from?” pointed in my direction. An older white man decided to bait us with a seemingly innocent question (with the aid of the dark-colored liquor in his glass). With the “when in Rome” mentality I’d adopted for the night, I decided to play nice and responded with, “West.” After a brief chuckle, he countered with, “I knew youse weren’t from my South Philly.”

I was taken aback for a second, but mainly unfazed because I knew the climate in which I’d willingly put myself. I’d been trained to endure this type of behavior my entire life. In that moment, the only thing to do was to leave the bar and go to a more familiar area.

When I talked to my Philly-native parents that night about what I’d experienced, they told me how when they grew up, people stuck within the limits of their own neighborhoods. To them, even the concept of me venturing somewhere outside of West Philly was foreign.

“People like to say that Philly is a melting pot, but in a melting pot, the ingredients blend together. I would say Philadelphia is more of a patchwork quilt,” says Erica Atwood, a former member of the Nutter administration and now CEO of First Degree Consulting. “There are clear stitches and clear designated lines between the haves and have-nots in the city and where we go, where we belong, where we live.”

Atwood, whose family is from Southwest Philly, moved back to the city after finishing college in 1997 and has remained here since. As she navigated the cityscape as a professional, she experienced a sense of discomfort when she was in South Philly. “There were moments when I worked in Mayor Nutter’s administration where I was down there in meetings, and I felt that if I wasn’t in the role I was in, I would not have been safe,” says Atwood. “Nothing explicit happened; it’s just a sense or feeling.”

All of which raises the question: Why? Why is it acceptable for this to take place and seemingly never be addressed — to exist as an unspoken rule among black people?

Simply put, Philadelphia has yet to deal with its history as a notoriously segregated city. So, in Atwood’s opinion, “It kind of sticks there.” As a new wave of gentrification pushes black people out of historically black areas in South Philly and into unknown territory, it’s vital that black people in these communities use their voices to stake claim in their neighborhoods.

But all of the work is not to be left solely to people of color. It also falls to our allies and accomplices in other communities to help rectify the bleak racial history of South Philly. “We cannot continue putting the work of fixing the oppression on the oppressed,” Atwood says. “We by and large are the majority in this city, so there’s no way in this city we should feel like there is a place we don’t belong.”

Published as “Color Coded” in the July 2019 issue of Philadelphia magazine.