Yes, We Really Have Been Getting More Tornado Watches and Warnings Lately

Thursday-night storms brought only heavy rain to Philly, but a tornado touched down in South Jersey. If you’ve noticed an uptick in this type of severe weather, you’re not alone. Here’s what's happening. 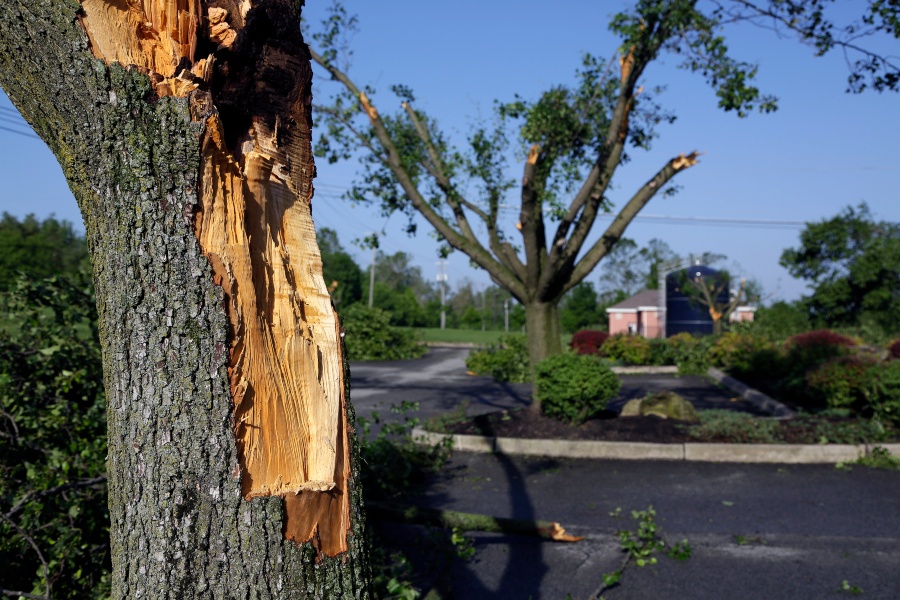 A downed tree in Morgantown, Berks County, on May 29, 2019. (AP Photo/Jacqueline Larma)

The dark storm clouds that rolled into the area on Thursday evening brought heavy, heavy rain to Philly. But the weather in the city wasn’t quite as extreme as it was over the river in South Jersey.

According to the National Weather Service, a tornado touched down around 8:15 p.m. about 30 miles southeast of Philly, in Mullica Hill, Gloucester County. Resident Lew DiBacco posted an honestly terrifying video of the thing.

Surveyors with the National Weather Service are expected to analyze the path and strength of the South Jersey tornado on Friday. There were no injuries and no major signs of damage related to the incident. One family did post footage of what appears to be the tornado hitting their backyard, though. (You can watch that here.) And residents in two nearby South Jersey towns, Wenonah and Deptford, also posted videos of ominous, swirling clouds. Of the tornado in Mullica Hill, the NWS said that, “Given video of a clear funnel with some small debris being [lifted], a tornado touchdown has been confirmed.”

Here’s the thing: While the twister might seem like some kind of freakish Wizard of Oz event, meteorologists have noted a recent uptick in tornado frequency in the area. (This is the second reported tornado in New Jersey in the past three weeks. The first was in Sussex County, in North Jersey.) That might explain the uptick in tornado watches and warnings you’ve probably noticed this spring. I mean, who can forget the 3 a.m. phone alert Philly got back in April?

In general, May was a big month for tornadoes across the country. Data from NOAA’s Storm Prediction Center noted 555 preliminary tornado reports nationwide in May, which is more than double the 1991–2010 average of 276 tornadoes for the month. That preliminary data shows that May 2019 may have surpassed May 2003 for the most reported May tornadoes on record. In fact, May 2019 has the second highest number of reported tornadoes for any month on record, behind only April 2011.

A recent study found that the most typical “tornado alley” states — Texas, Colorado, and Oklahoma — still see the highest frequency of tornadoes each year, but fewer events have occurred in those states since 1979. Meanwhile, the analysis noted increased tornado frequency in the Southeast, as well as a “robust upward trend” in frequency in portions of the Northeast.

So what’s with all the tornado activity? Meteorologists aren’t really sure. (The effects of global warming on tornadoes aren’t yet known, and the significance of the the local frequency increase isn’t clear, either.) It’s worth noting that the state has recorded similar numbers in the past — including 34 tornadoes in 1935 and 32 in 1992. Those years are outliers, though.

Still, it might help to know that you’re not imagining the recent uptick in watches and warnings. Plus, it’s worth mentioning that tornadoes are most common in the spring and summer months.

If the increase has you on high alert, you make want to check out this tornado safety plan. In the meantime, let’s hope we’re not privy to any more 3 a.m. tornado warning wakeup calls.