Yes, the PPA Sucks. No, It Did Not Ticket the Car That Blew Up on South Street.

A good reminder that you can’t believe every viral video you see on the Internet. 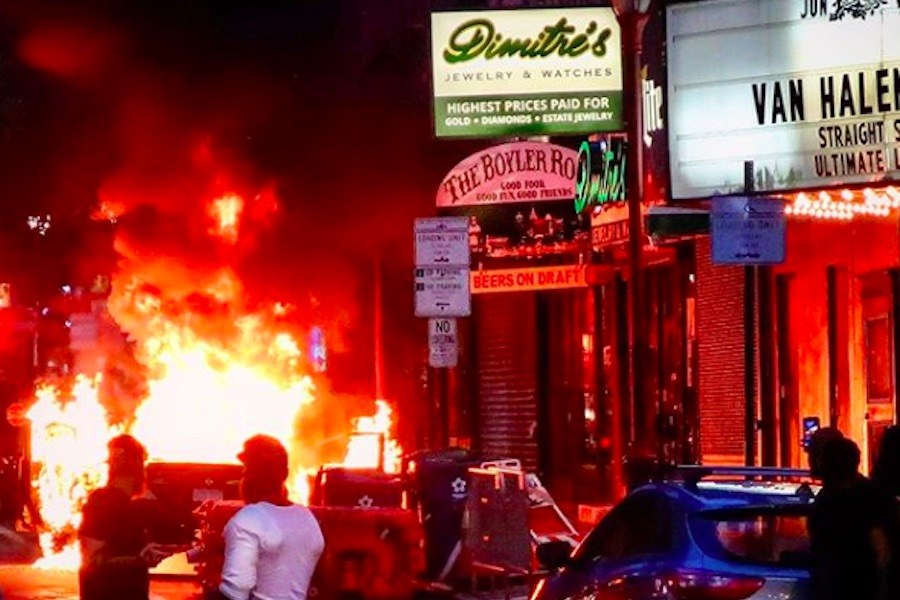 There are at least a million reasons to hate the PPA.

The corruption. The nepotism. The broken kiosks. The PPA enforcer standing around on the sidewalk for 10 minutes just so they can wait until your meter expires and they can write one of their little tickets. I could go on and on.

Well, on Thursday, it appeared that we had yet another reason to hate the PPA: They’re so diabolically evil that they’ll ticket a car after it has burst into flames.

But before we get to that, we need to back up to Wednesday night, which brought its own share of confusion due to an incident that led up to the PPA matter at hand.

George Miller, a longtime Philly journalist who is now the associate dean for academic affairs at the Tokyo campus of Temple University, shared the following photo on Instagram:

The first thing you notice in the photo is probably the car that is ablaze. And the second thing you likely realize is that Van Halen is apparently playing the TLA on South Street. This led to some confusion: Has Van Halen stooped to playing South Street? Or is this a photo from the early ’80s?

Neither, it turned out. Thanks to the photo being cropped, what you don’t see is that Van Halen Nation, a Van Halen tribute band, is playing at the TLA this week. Not the Van Halen. This in fact all went down on Wednesday night, and the car fire-Van Halen-South Street photo made the rounds on social media.

Then on Thursday, a video turned up that brings us to the PPA incident.

The video purports to show that one of the aforementioned PPA enforcers had ticketed the vehicle — and apparently after it had burned, considering that the car is merely charred remains while the ticket is pristinely blue and white. Talk about adding insult to injury.

“Why this fucking car blew up in front of the Theatre of Living Arts and PPA still fucking gave them a ticket,” wrote the woman who shared the video, who later told us that a coworker actually shot the footage. (Yes, we asked the woman who posted the video if it was all a hoax, and she has yet to respond.) The video has been viewed more than 100,000 times in less than 24 hours.

Of course, like Van Halen playing the TLA, the PPA ticketing a burned-out car on South Street had no basis in truth. The PPA confirms that the loathed agency did not ticket said vehicle.

So go right on and keep hating the PPA. Just don’t go spreading fake news to achieve that end. There’s plenty of perfectly valid fuel for your hatred out there.