Goodbye, PPA. My Family Is Officially Done With You.

I don’t care that your stupid app now works across the whole city. I’ve found a much better way to park. 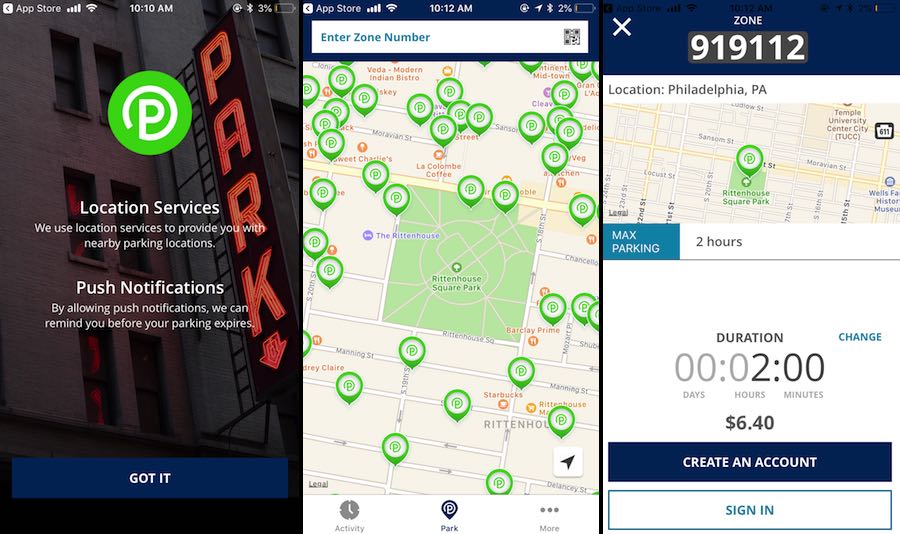 On Thursday, the Philadelphia Parking Authority proudly announced that its parking app MeterUp can now be used to pay for parking all over the city after the completion of a pilot program that began at the end of 2017. This might sound like good news. Progress even. Alas, it’s the PPA we’re talking about here.

It used to be that when you wanted to park in the city, you’d have to put money into a meter, and you’d have to return to the meter to add money if you wanted to stay longer. Then came the kiosks, which made things a bit more convenient (no more quarters!), but you still had to come back to the kiosk to buy more time. That’s where MeterUp came in.

MeterUp allows you to add time without going back to the kiosk. So, you’re at dinner at Friday Saturday Sunday and you’re still finishing off that impeccable roast chicken when your two hours is almost up. You get an alert that your spot is about to expire, and you have the option of adding more time.

The problem is that the PPA gouges you for this service.

After that second extension is over, the app won’t let you extend again. You’ve gotta move your car. You’re banned from the block. You’ll also get banned from the block should you choose to try to outsmart the PPA by starting a new parking session at the original rate just after your session expires.

Maybe if the PPA weren’t such a loathsome organization with such a notorious history of corruption, nepotism, cronyism, and misspent funds, and maybe if their ticket writers didn’t hang out on the street guzzling their Slurpees and smoking their Marlboros just waiting for your time to expire so they can whip out their ticket-printing gizmos to make your day just a little bit worse, all paid for by taxpayers and those parking fees, of course, I wouldn’t mind giving them the extra cash. But the PPA? Nope. No way.

My family is officially done with the PPA. When we’re driving into the city, we use SpotHero to find and reserve a parking spot in a privately owned parking lot in advance, and it amazes me how many people don’t know about this app.

We recently scored 12 hours of parking at Broad and South streets for $10 on a Saturday. We’ve gotten similar deals when going to see a play at the Arden in Old City. Want to go to dinner tonight in Center City? Park for as little as $7 or $8, and you know your spot is going to be there when you arrive. Sure beats driving around the block eight times. And sure beats giving another nickel to those crooks at the PPA.