The attorney general has been in the news all year for his office’s investigation of the Catholic Church. 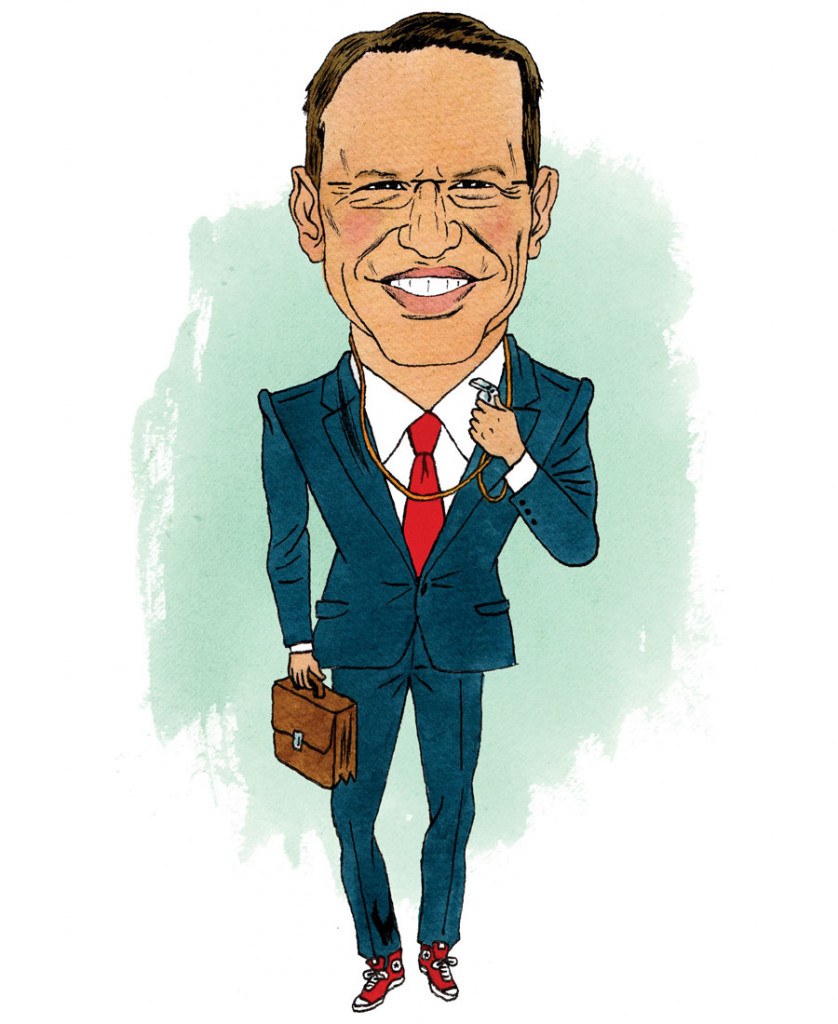 I was born in … Kansas City, Missouri, but raised in Upper Dublin, and these days, I live in Abington. I got real far from where I grew up — about five minutes.

I wanted to grow up to be … an NBA player and a doctor. But in my freshman year of college, all in one day, three things happened: I was cut from the men’s basketball team, I flunked out of pre-med, and a friend drafted me to run for student government.

People would be surprised to know that I … coach my eight-year-old’s and 10-year-old’s basketball teams — the same league I played in when I was a kid.

Those who say I am anti-Catholic … should know that I am anti-predator priest. My job is to protect children, no matter who is preying on them.

For the 2020 presidential election, Democrats need to … listen.

I like to collect … personal handwritten notes that people write to me about the work we’re doing.

The last book I read cover to cover was … A to Z Mysteries, with my eight-year-old.

If you make me pick the one thing I’m most proud of about my record … it’s unearthing the horrors of clergy abuse.

My ancestors … fled Communism in what was then the Soviet Union and came to this country and gave me the opportunity to lead a life of freedom.

I met my wife … in ninth grade. I flirted with her incessantly in class. She refused to give me the time of day. But I persisted. We’ve been together since 1987 and married since 1997.

My biggest historical heroes would have to be … Lincoln and MLK.

The first album I bought with my own cash was … Billy Joel’s Greatest Hits Volume I & Volume II. On cassette.

My travel schedule is … rigorous. I’ve done something most people probably have never done: I’ve eaten breakfast, lunch and dinner at Sheetz and Wawa in the same day. We visited all 67 counties during my first year, and we’re going back again and again and again.

The most challenging thing about my job is … absorbing the emotions of people who are suffering.

I like to watch … Seinfeld reruns to make me laugh. And I like Queer Eye. When I have time to watch TV, I definitely don’t want to watch anything serious.

If you’re going to buy me a bottle for my 46th birthday this month, make it … any red wine except for that Josh wine. Everybody buys me Josh wine.

When people tell me they want to run for office … I tell them not to listen to the political bosses, but to get out and knock on doors and listen to their neighbors. I knocked on 18,000 doors when I was running for office.

You can’t beat me at … bocce. I’m so serious about it that one year, my wife got me my own set of bocce balls with “Shaps” on them.

Guns are … part of the great rich heritage of this Commonwealth and also a plague in our communities when they get in the hands of people who shouldn’t possess them.

If all social media vanished tomorrow … people would talk more kindly and effectively with one another, and our politics would be less divisive.

The most famous person I’ve met is … ironically, the Pope, when he visited in 2015. He stayed in Montgomery County, and I was the Montgomery County commissioner at the time, so I greeted him at the seminary. And I have to add this because my wife always brings it up: Oprah.

My kids are always telling me … to stop being such a dork.

Published as “One of Us: Josh Shapiro” in the June 2019 issue of Philadelphia magazine.