Police are looking for this man in connection with a theft that has made Rebecca O’Leary’s life unusually Kafkaesque. She’s also offering $5,000 to anybody who can bring him to her doorstep. 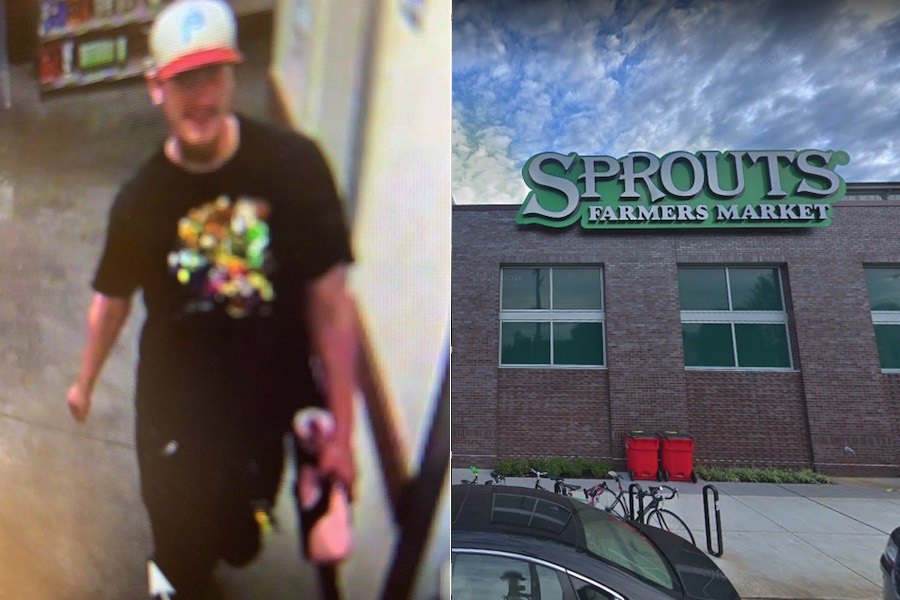 Left: The man who allegedly stole Rebecca O’Leary’s purse and passport, as seen in a Sprouts Market surveillance video that has been provided to the Philadelphia Police Department. Right: Sprouts Market in South Philadelphia. (Google Maps)

For most people who have a passport stolen, it’s an inconvenience but not the end of the world. But for South Philadelphia resident Rebecca O’Leary, who alleges that the man in the photo above stole her passport while she was on a shopping trip to Sprouts Market on Monday, it’s pretty bad.

You see, through a series of life events, rotten luck, and happenstance, O’Leary’s passport is the only form of identification that she has — or rather, had.

She’s been trying for years to get her last name legally changed from Bush to O’Leary — it’s a long, long story involving deceased/bad parents, 20 years spent in California, and an endless web of government bureaucracy and red tape — but suffice to say that her passport was the only thing that would allow her to “unlock the doors that allow me to be a functioning adult,” as she puts it, which is why she’s offering $1,000 for its return.

O’Leary, who works as an art consultant, only had her passport in her purse in the first place because she had just come back from a business trip the night before, and she had yet to put the passport safely away. She was in the Sprouts dairy section and put her purse down momentarily while she examined various butters, as one does, and the next thing she knew, the purse and its contents had vanished.

The police were summoned to the scene, but the culprit was long gone. Sprouts turned over a bunch of video surveillance footage to detectives.

“You can see him clearly grabbing her purse in the video,” says Sprouts store manager Steve Carney of the man in the black T-shirt and Phillies cap. “That’s him holding the purse in the picture. It’s a one-of-a-kind purse.”

O’Leary praises the staff at Sprouts for the way they responded to her plight and explains that Carney even had the store’s waste disposal company go through Monday’s trash haul to see if the purse or anything that was inside of it had been tossed by the bandit. Talk about customer service. Sadly, no dice.

“We have a huge problem with shoplifters here,” Carney tells Philly Mag. “Literally every day, multiple times a day, and when you confront people when you catch them stealing, they just laugh at you and say, ‘That’s OK, I’ll just be back tomorrow.’ It’s crazy. I’ve never seen anything like it anywhere before. But this is the first time that we’ve had a purse stolen.”

The purse is pink canvas with a design on it that resembles the IZOD alligator.

While police began investigating the theft, O’Leary launched her own investigation on social media. She released the still image of the man she says is responsible for the crime, and it’s been shared countless times along with the following message from O’Leary:

The Internet being the Internet, O’Leary probably didn’t even have to offer up any reward money. But she says she’s absolutely serious about it, though she promises that no harm will befall him.

As of Wednesday morning, police had yet to make an arrest, but Internet sleuths think that they’ve identified the man. O’Leary has a bunch of messages from people all pointing to the Facebook account of one Philadelphia resident who’s reportedly been accused of grocery store purse theft before — and his Facebook photos are certainly a good match.

“I just want to know who this guy is,” says O’Leary. “And I want my stuff back.”