Thomas and Gilmore Richardson Win in Council Primary, Heralding Arrival of Next Generation

Barring the unexpected, Katherine Gilmore Richardson and Isaiah Thomas will be the first millennials elected to serve on City Council come November. 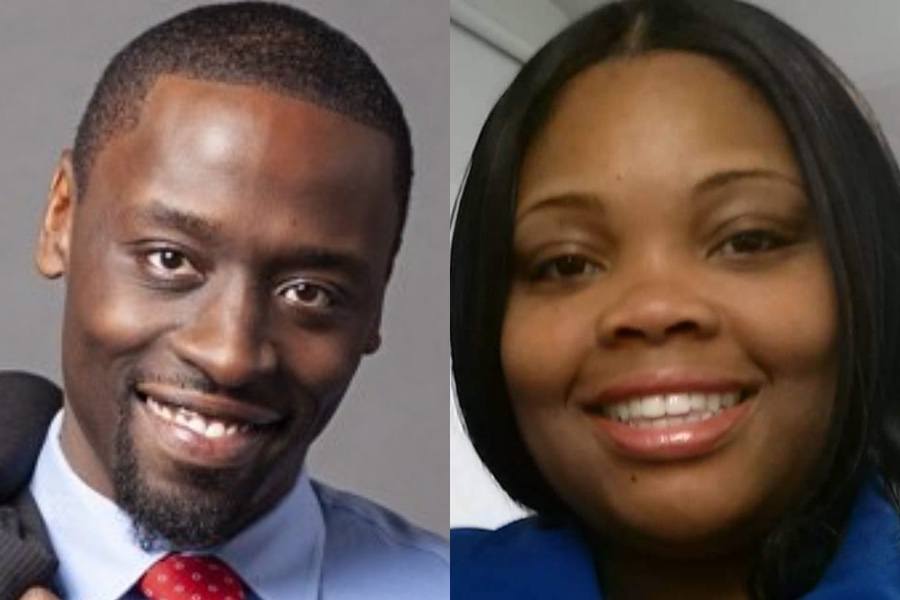 Following in the footsteps of two previous black councilwomen at-large, the late Augusta Clark and retiring incumbent Blondell Reynolds Brown, Gilmore Richardson would be the youngest black woman ever elected to City Council. And in his third consecutive run for Council, Thomas far exceeded the vote count he received in his narrow loss to Helen Gym for the fifth Council at-large slot in 2015.

“I am so proud of the work we did in such a short time,” Gilmore Richardson said on Wednesday morning. “We put this coalition together in 15 weeks from scratch and asked for support in every community across the city. I hope it encourages other people — millennials, working parents, women and girls — that if they have the courage, put in the work, and most importantly have faith, it can pay off. I’ve lived in Philadelphia my entire life, and now to be given the support and opportunity to represent the people is overwhelming and humbling. It doesn’t feel real yet.”

“I’m amazed,” said Thomas. “Throughout the times I’ve run, I’ve learned how to be a better candidate and run a better race. During this campaign, I faced a lot of pushback from older established political insiders who weren’t very supportive of me and younger candidates. I plan to continue to champion for black millennials to not give up and to run for office.”

In a race with several strong millennial candidates, what made the difference for Thomas and Gilmore Richardson?

Answer: Both got an establishment boost.

Each of the candidates has worked for a Democratic powerhouse (Gilmore Richardson was a Reynolds Brown staffer for 11 years, while Thomas previously worked for former city controller Alan Butkovitz). Each was endorsed by the Democratic City Committee and received the backing of various outside groups, along with the three incumbents (Gym, Allan Domb, and Derek Green) who also won on Tuesday night.

Both candidates ran on similar platforms that were rooted in their experience in public service and as black parents and advocates in their community. The two of them champion public education, poverty prevention, and addressing racial inequities within the employment market and criminal justice system. Unions backed both candidates hard, placing them side by side in several endorsements, including from the Laborers District Council and District Council 47.

Gilmore Richardson and Thomas will join a body whose other members are over 45 and serve an electorate whose average age is 58. While this represents a first major step in a political and cultural shift for the city, both newly elected Democrats appear to be up for the challenge.

“As a native Philadelphian, I’ve lived through some of the city’s dark days and I can relate to those most at risk,” Thomas told Philadelphia magazine in a previous interview. “But I can also see the great potential of our city if provided with the proper leadership.”

“I have worked on the ground in government and I know how to get things accomplished in City Hall,” Gilmore Richardson said in an earlier interview. “Lots of candidates will talk about what they will do, but not how they plan to get it done. City Council is a team effort.”