Professors, Students, and Writers Petition to Save Penn Book Center

More than 2,300 people are asking the university — and Amy Gutmann — to step in and help support the literary and intellectual hub. 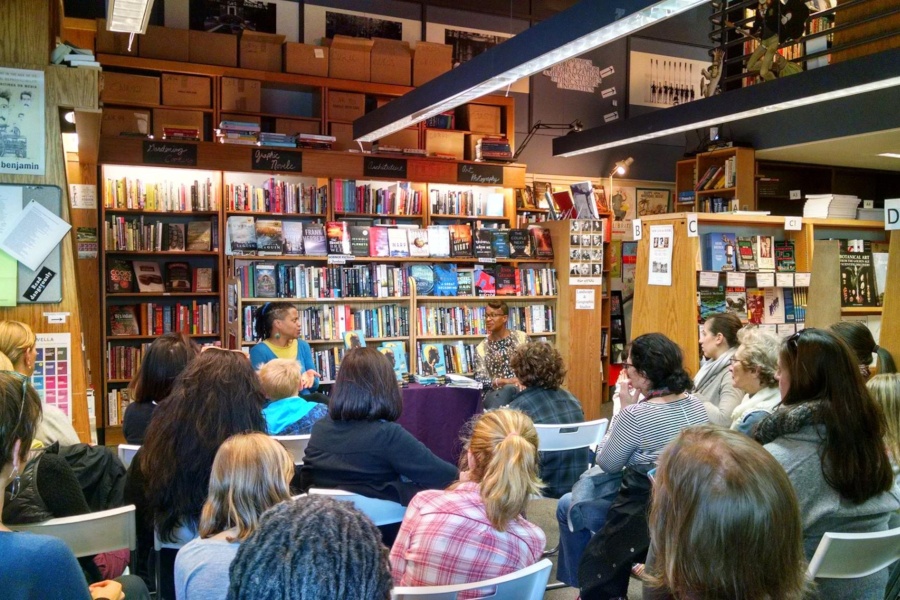 The owners of University City’s beloved Penn Book Center announced earlier this week that the business would close its doors for good in May.

The news was met with anguish from the community of writers, authors, professors, poets, and readers who frequent the store, whose collection of intellectually minded material is unrivaled in the city. The independent bookstore’s owners, husband-and-wife team Michael Row and Ashley Montague, said they would be open to offers to buy the store. And now they and others are hoping that some good news comes from the University of Pennsylvania itself.

Professors, students, and community members are petitioning Penn — and specifically university president Amy Gutmann — to find a way to save Penn Book Center. A Change.org plea had garnered more than 2,300 signatures as of 2 p.m. on Friday, less than a day after it was created.

Our gracious friends in Penn faculty have launched a petition to help keep our doors open! Thank you so very much to everyone who has signed it already; you can join them here: https://t.co/PWQMoyePzd

“We ask that Penn meet with Penn Book Center to work out a strategy to keep the bookstore in business,” the petition reads. “Penn Book Center, like other thriving independent bookstores, is more than a retail bookseller. It is, as the director of the Seminary Co-op Bookstore in Chicago puts it, ‘a cultural institution disguised as a retailer.'”

Penn Book Center first opened in 1962 under founders Peter, Achilles, and Olga Nickles. Mantague and Row bought the shop in 2005. Two years ago, they shifted the business away from textbooks and course sales (which they said made up the “bulk” of the store’s revenue) to ramp up in-store events and stock their aisles with a thought-provoking selection informed by the university community — including books authored by Penn professors. Visiting authors included writer and professor Eve Ewing, Philly’s own Carmen Maria Machado, journalist Helen Zia, poet Eileen Myles, feminist writer Rebecca Traister, and historian and educator Carol Anderson.

“It was a labor of love, and we are proud of the results, especially of our events calendar, which reflects the strength and diversity of literary culture in Philadelphia,” the pair wrote in a piece published Friday on Philly.com. “As happy as we are with these changes, however, they have not generated the sales we need to stay open.”

signing and sharing. The Penn Book Center has been warm and welcoming and supportive to me and lots of other authors. https://t.co/ClOFEKQSGH

Like many other independent bookstore owners, Montague and Row blame the lack of revenue on sites like Amazon, which they say have facilitated “the explosive growth of online book sales at cut-rate prices,” making “selling books in brick and mortar stores a difficult proposition.”

The Change.org petition asks that Penn facilitate a discussion with Montague and Row regarding how the bookstore can be preserved. It also suggests that Penn model a potential solution for the store’s lack of revenue on a Princeton initiative that subsidizes textbook sales at 30 percent off list price at its independent campus bookstore, Labyrinth. Petitioners say doing so “provides a valuable bridge between the campus and off-campus communities.”

A spokesperson for Penn did not immediately respond to a request for comment on the likeliness of a potential partnership or offer. Penn owns the building that houses the bookstore, so any type of lease negotiation would have to go through the university.

Montague said the university has been “very flexible on the lease terms” for the past few years. She added that the couple is set to meet with members of the school’s real estate department in the near future.

“I have no idea what [Penn wants] to do with the space, but clearly they’re interested in talking about it with us,” Montague said.

She added that she hopes the space will continue to house a bookshop that carries “the kind of inventory we carry, does the kinds same events that we do.”

“I think Philly is a big enough city with enough universities that we ought to be able to support a bookstore like ours,” Montague said.