The announcement comes as former mayor John Street is expected to endorse Anthony Williams — and just-released finance reports tell us where the candidates stand on funding. 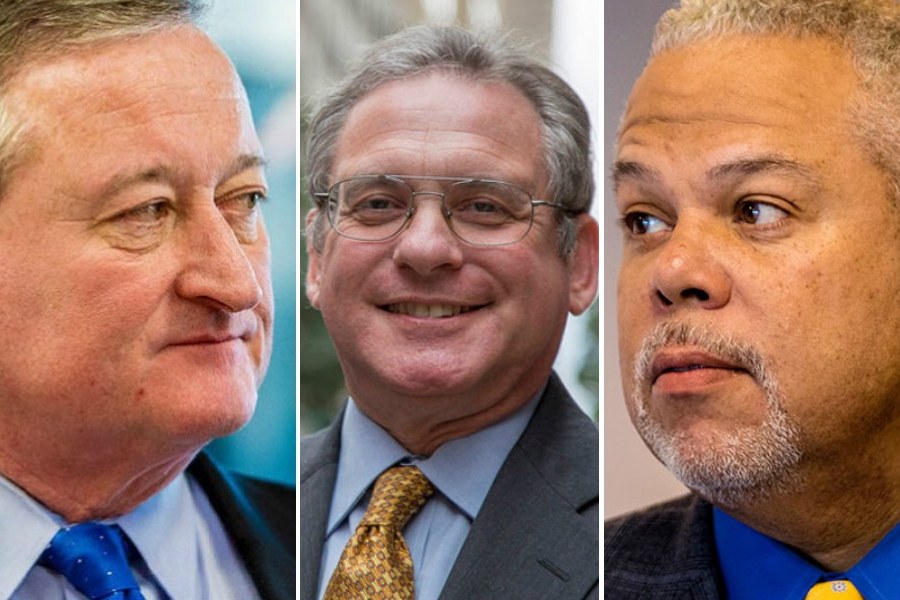 It’s fair to say that Philadelphia’s 2019 mayoral race hasn’t seen a level of competition and excitement comparable to that of the 2015 election, which boasted a wide slate of candidates and lacked a self-assured incumbent.

But next month, in the final stretch leading up to the primary, things could finally get interesting. NBC10 and Telemundo62 are set to host the only televised debate featuring Democratic candidates Mayor Jim Kenney, state Sen. Anthony Williams (who came second to Kenney in the 2015 election), and former city controller Alan Butkovitz. We’ll get the rare chance to see all three Democratic competitors face off in the same space — instead of via Google ads.

The debate will be broadcast at 7 p.m. on May 13th from the Comcast Technology Center in Center City. There will be a live audience — of invited guests only. NBC10 anchor Jim Rosenfield will moderate, and Sandra Shea and Iris Delgado of the Inquirer and Telemundo62 will be panelists. Anyone who misses the event will be able to watch it afterward on NBC10.com (in English) and Telemundo62.com (in Spanish).

Excited to bring Philadelphians the only televised debate of this mayoral primary season with all three democratic candidates. We have a great team preparing… https://t.co/G9bmib6fYr

Earlier this month, Williams and Butkovitz debated sans Kenney at an event organized by the Muslim League of Voters for the Delaware Valley, held at the Masjidullah Community Center. In Kenney’s seat sat a poster that read “Mayor Jim Kenney, The Invisible Mayor, No Show Got to Go,” per the Philadelphia Tribune.

The mayor was reportedly unable to attend because of a prior commitment. But despite his absence, he was the focus of the debate, with Williams and Butkovitz candidates bashing Kenney’s soda tax and what they characterized as his failure to end the Philadelphia Police Department’s stop-and-frisk practices and his administration’s lack of diverse racial representation.

On Wednesday, Williams is expected to receive an endorsement from former Mayor John Street, according to the Tribune. Street served two terms as mayor between 2000 and 2008. Prior to that, he served on City Council for 19 years, including as president for seven years. Street, whose own administration was seen as corrupt, is expected to criticize the soda tax, Kenney’s support for a safe-injection site, the homicide rate and more, the Tribune reports.

Campaign finance reports released this week reflect Kenney’s incumbency advantage. (No incumbent Philly mayor has failed to win a second term since the city’s two-term limit went into effect in 1951.) According to reports filed Tuesday, Kenney had $655,000 on hand as of April 1st, while Williams had $49,000; Butkovitz has said he has nearly $51,000 on hand.

It’s worth noting, however, that fundraising by outside groups will sway the election. With both of Kenney’s foes claiming they’ll repeal the sweetened beverage tax, the American Beverage Association, for example, is funneling hundreds of thousands of dollars against the mayor. But Kenney’s also got two notable super PACs — Philly 2019 and Building a Better Pennsylvania Fund — behind him. (Also worth noting: The later recorded receiving $200,000 from the seemingly tainted IBEW Local 98.)

Whoever wins the Democratic primary will face off against (and, in our overwhelmingly Democratic city, almost certainly beat) Republican challenger Billy Ciancaglini this fall.