Carmela Apolonio Hernandez on seeking sanctuary in Philly churches, inspiring other immigrants, and fighting for her children’s freedom. 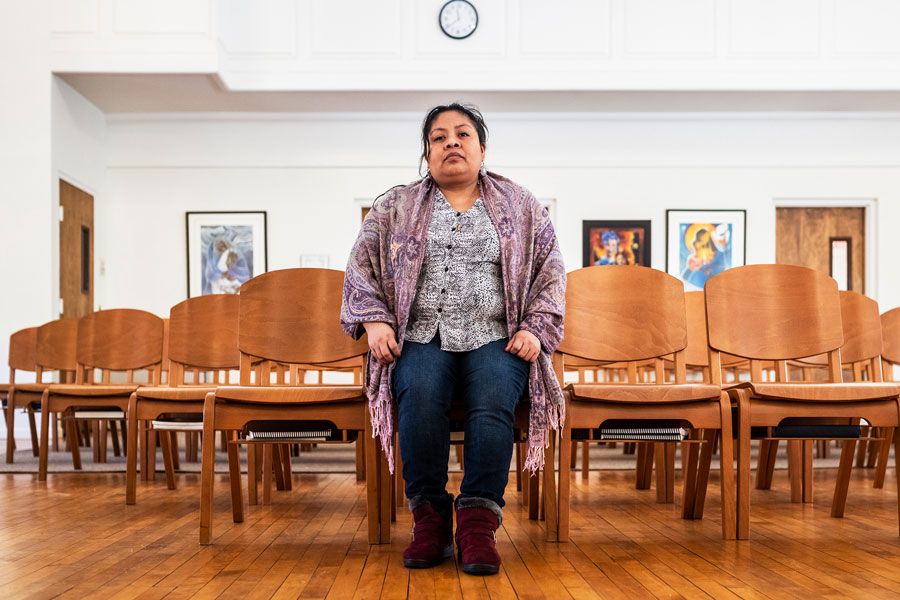 In 2015, Carmela Apolonio Hernandez (now 37) gathered her four children and left her home of Guerrero, a state on Mexico’s Pacific Coast, to seek asylum in the U.S. In 2016, she and her family were ordered to leave this country. Since then, she’s found sanctuary at two Philly churches (where ICE officers typically won’t make arrests). Her story has spread, and other immigrant families — fearing for their own lives — have also pursued sanctuary in houses of worship across the city, adding to Philly’s role as a key player in the fight against the national immigration crackdown. [Editor’s note: This interview was conducted with a translator.]

What was the impetus for leaving your home?

My brother was killed because he did not pay his tax for his taxi, and my nephew was also killed because he did not pay the tax for his food stand. These are not official taxes — the narco-traffickers have taken control of certain businesses, and they are the ones collecting taxes like bribes or fines. They asked me for a ransom, and I didn’t have the money. They lived with me. They beat me and my daughter. Time passed, and I couldn’t live in my house; I was traumatized. Once my brother was killed, I decided to leave. I sold all of my stuff, and that’s how I had money to come here. I arrived at the border of San Diego and asked for asylum. The fear that you have as an immigrant passing through is enormous — there were so many people who had been there for days without eating. Maybe God was with me, because when we arrived, we were only there for a half-hour before we were able to cross.

Your decision to seek sanctuary has been inspiring to others. Do you feel empowered in your situation?

Sanctuary is beautiful, because you can take refuge if you have a deportation order. But no one should have to live in sanctuary. People should be free — we are not free. The only freedom my kids have is to go to school. Sanctuary requires a lot of courage, because sometimes you feel as if your strength is fading. To be alone, to be closed up, is killing me. I think, “When am I getting out of here? Will my case ever be resolved?” I know they are deporting criminals, but we are not criminals. I am not the only person who lives in sanctuary — there are many more. I know that I am an example, and I feel a sense of bravery, because although I haven’t left sanctuary yet, every day I am in the struggle. Hours and minutes, I am in the church, fighting for my freedom and for the freedom of my children.

Every day, when your children leave the church for school, they risk deportation. How is that worth it?

The first day they went to school was a hard day for me. I wondered: Would ICE pick them up? I made the decision for them to go because they have the right and responsibility to be educated, to know what’s right and wrong, and to know what they are going to do in their future. So I can’t be fearful — they have to socialize with other children. They are responsible for their studies. It motivates me. If they can struggle to study, then I need to fight also.

What would you say to immigrants who currently face deportation?

To people who have the opportunity to take sanctuary like me, I hope they do it. I hope they don’t think twice about it. Because there are a lot of people who are fleeing from their countries who have been deported and have already died. It’s not easy to struggle day in and day out. But it’s not impossible.