State Sen. Anthony Williams on Why He’s Running for Mayor

“If people understand and connect the dots between their life experience and the mayor’s record, there will be a change,” says the longtime politician on what it will take for him to defeat Jim Kenney. 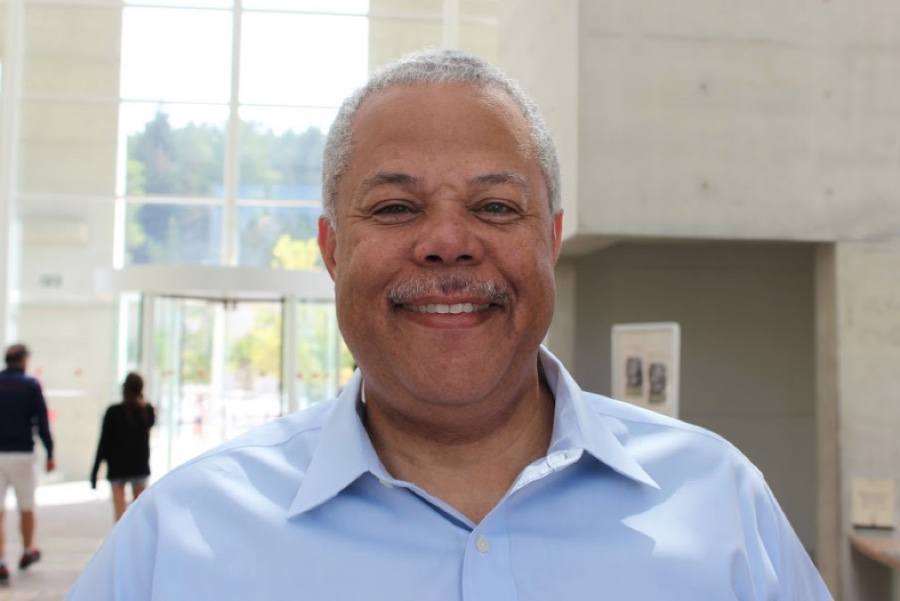 After much speculation, state Sen. Anthony Williams has officially announced his second campaign for mayor of Philadelphia. In an exclusive interview with Philadelphia magazine, Williams talks Mayor Jim Kenney, repealing the soda tax, defending charter schools, and being “better prepared and even more confident that we can do better and move beyond our ‘tale of two cities.’”

What’s the one major reason you’re running again?
There are far too many people who feel they don’t have a voice in the government and the city. I want speak for those in poverty, people living in unsafe neighborhoods or looking for a job. I intend to stand up for residents who want cleaner streets with fewer potholes and people who are being gentrified out of their neighborhoods. Right now, there is a failure of leadership. With no real plans to address the challenges, the mayor has not earned a free pass back into office.

Even those who share in the city’s prosperity are navigating potholes, are disgusted with the dirty streets, and understand that our poverty rate and public safety problems affect all of us. The mayor’s budget plan asked us to forget about the last four years and imagine 2024. Even then, if you own property, you’d better imagine yourself paying much higher taxes, because that’s what the mayor has planned. I also hope to model the kind of transparent, accountable, results-oriented leadership the city needs and our next generation deserves.

You have been a major opponent of the soda tax. How does your campaign plan to address this?
I am committed to continuing pre-K programs and Rebuild. In fact, under my administration, our goal will be universal pre-K. The mayor is trying to scare people into believing the soda tax is the only way to fund pre-kindergarten programs and Rebuild, and that is simply not true. The bonds for Rebuild are already issued and will be honored. And if we align our budget priorities properly, we’ll see the costs of pre-K are manageable with our current resources and see a plan to work toward a comprehensive solution to providing universal pre-K for our kids.

We’ll repeal the soda tax. This is a regressive, insensitive tax that is having visible and negative impacts on poor neighborhoods. I just fundamentally think it is wrong for us to fund pre-K on the backs of poor people. As the tax is currently structured, low-income parents are paying for those of us who can afford to pay for pre-K. This is an issue of fairness, not the interests of beverage company owners, although we can’t ignore the loss of jobs for people facing very difficult employment challenges.

You have been a huge proponent of charter schools, which some say weaken the public education system. How do you plan to make the case for charter schools and education reform in general?
The nation’s “report card,” the National Assessment of Educational Progress, shows 60 percent of Philadelphia fourth-graders are reading at “below basic,” totally unacceptable levels. All types of schools are struggling.

I have been an advocate not just for fair funding of our schools (with financial accountability), but have taken major action to keep our schools operating. In 2013, I forged bipartisan support for a bill I introduced at the request of Philadelphia Mayor Michael Nutter. The resulting “cigarette tax” provided the state financing that plugged a $93 million budget deficit and kept Philadelphia’s public schools open. I am an advocate for public education for all of our children.

But I won’t abandon parents who want the best for their child or students who want the best for themselves. Sixth thousand parents have enrolled their children in charter schools. We have to work to fix the regulations that pit charters against traditional public schools for funding and make sure all of our schools and teachers have sufficient resources.

We need to make every neighborhood school a school of choice. By the way, the mayor is a member of a charter school board — think he’s a proponent of charter schools?

The last time you ran, Jim Kenney was able to get a big chunk of the black vote thanks to the Northwest Coalition. Since Kenney has been elected, have things changed for the better in the black community?
Forty-six percent of the African American community agreed to give the mayor a chance in 2015. In four years, we have had empathetic but empty statements with no working strategy to address the index of pain in black communities.

The mayor told black journalists that the city is safer. You don’t have to live in North or West Philly to know homicides are rampant. This is a crisis — like any other national emergency, one that requires immediate government action. Black men have the shortest lifespans of any population group in the city. Could you imagine Radnor residents waking up to murders and shootings every morning on the news?

Two hundred thousand human beings who are black are trapped in poverty here. There’s no progress, but people outside the city are still getting paid to run poverty programs. The mayor brags about Project Labor Agreements that get black people jobs. But union agreements are not transparent, and black people are not working on construction sites in significant numbers. Gentrification, stop-and-frisk, mental health — we have a measurable index of pain, and the mayor’s record gets a failing grade. We don’t need someone to commiserate — we need leadership.

A Philadelphia mayoral incumbent hasn’t lost a reelection bid in more than 50 years. What makes you think voters would break that streak?
If people understand and connect the dots between their life experience and the mayor’s record, there will be a change. From poverty to potholes, there’s a culmination of tremendous frustration about city government sparked by revelations about the way Philadelphia is run behind closed doors. Coupled with a nationwide new energy in politics, there’s a powerful equation for change.

The base that got Kenney elected is now fractured, both in the black community and in his own historical voting base in South Philadelphia. The 46 percent of African Americans who supported him in 2015 are deeply disappointed, and I believe they are ready to stamp the mayor’s “trust me” account “overdrawn.”

I still live in the house where my parents raised me in West Philadelphia, and I believe in our neighborhoods. My grassroots campaign is going to take our message straight to the people. I am better prepared and even more confident that we can do better and move beyond our “tale of two cities.” We can be a global city that takes care of its neighborhoods.