“Socialism has a bad name because people who are capitalists give it a bad name,” says Moses “Mo” Santana. 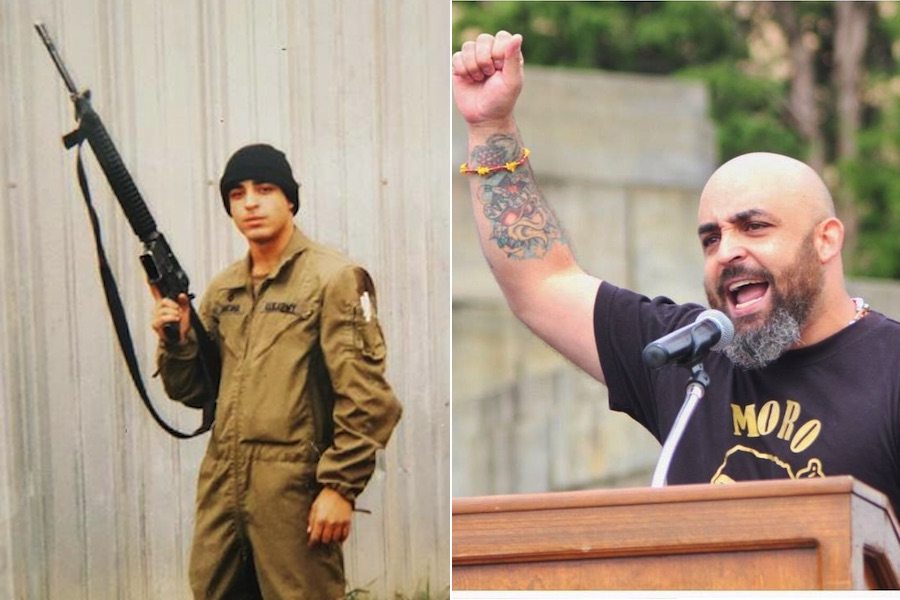 Among the three dozen or so Philadelphians who have declared that they are running for an at-large City Council seat this year is 38-year-old Moses “Mo” Santana. Santana says that when he retired from the United States Army as a staff sergeant in 2012, he was shocked by the Philadelphia that he came home to, riddled with drugs and violence and plagued by a lack of resources. Here, Santana, now a West Philadelphia resident who identifies as a Democratic Socialist, tells us why he’s running.

First off: this label of Democratic Socialist. You must realize, of course, that there are a lot of people out there who might identify with what you have to say but that get scared off by the S-word.
Socialism has a bad name, because people who are capitalists give it a bad name. To me, Democratic Socialism just means that everybody gets health care. Everybody has access to free school, including college. People who can work have access to jobs. Everybody has a voice.

I’m guessing there aren’t a ton of people out there who served three tours in Iraq with commendations, saw active combat, and who now identify as Democratic Socialist. Seems like a jump.
Not really a jump. I helped people in the Army, and I want to help people now. They are both forms of activism. And if you look at our country today, the way that money comes in and gets budgeted for education and the military and this and that, well, wouldn’t it be great for us to implement that money evenly to the rest of society so that everybody gets something out of it.

But we have a lot of problems here in Philly that we need to solve before we can enter this utopia of which you speak, right?
Yes, but it all connects. I was raised poor in Kensington. But now, poverty level has risen. I’ve lost people to guns. I’ve lost people to crack. I’ve lost people to opioids. People are losing their homes due to gentrification — there’s no room in North Philly, people get agitated and act out — and it’s all about money.

Speaking of money, what do you do for a living these days?
I am medically retired from the Army, and I live on a military pension as well as disability for PTSD. And sometimes, I drive for Door Dash just to help make ends meet.

So where did this desire to enter the public spotlight come from?
It all started when I came home from the Army in 2012. And I noticed the neighborhood in Kensington falling apart. Neighbors were not getting resources. So I started working a local community garden, teaching kids about food sovereignty and eating healthy, looking at schools, and it became obvious that a lot of these kids have no way out. Laws weren’t allowing us to change the way things went for them. Poor people are not getting resources. I want to help my community.

If you can only change one thing about Philly, what would it be?
The opioid epidemic. We clearly need safe-injection sites. This gets people out of the public eye and into safe places with clean water, clean saline, access to treatment, and access to people who are there who want to help them. It may not be the final answer, but it’s a start, and no doubt it has worked in places like Australia and Amsterdam.

After more than a decade in the Army, which included combat in Iraq and elsewhere, any regrets?
No. I have no regrets. I learned a lot. I grew a lot as a person. After being in a war-torn country in a special-ops unit, we got to see the nitty-gritty front lines. Restoring what is right. But war is something that is not very nice, and I wouldn’t recommend it to anybody. If you’re in it, you need to come to terms with it. You need to get mental health assistance. You take a life and then you throw them in a body bag. RPGs. AK-47s shooting up your vehicles. It’s a lot to process. I’m big on getting vets into mental health programs after struggling the way that I did when I came back.