The criminal charges in the 2017 incident, announced by DA Larry Krasner on Wednesday, carry significant implications for the city’s bicycling community. 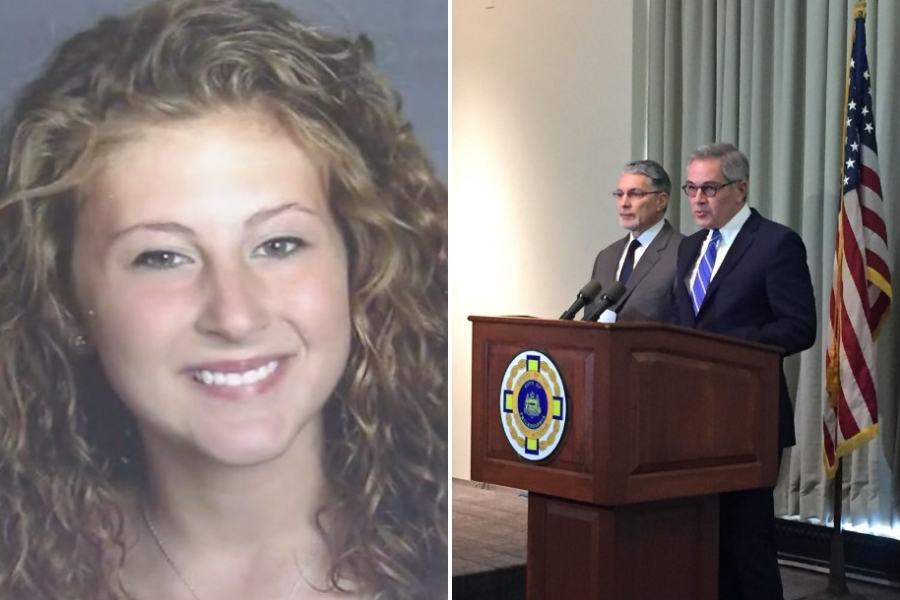 The District Attorney’s Office on Wednesday announced criminal charges against the driver of the garbage truck that struck and killed 24-year-old bicyclist Emily Fredricks in Center City in 2017.

Jorge Fretts, 28, of Philadelphia, was charged on Tuesday with homicide by vehicle, involuntary manslaughter, and reckless endangerment. Fretts was driving a Gold Metal Environment trash truck during the morning rush hour on November 28th when he turned right onto 11th Street from Spruce Street and fatally struck Fredricks, who was traveling west on Spruce Street. He surrendered to police on Tuesday. 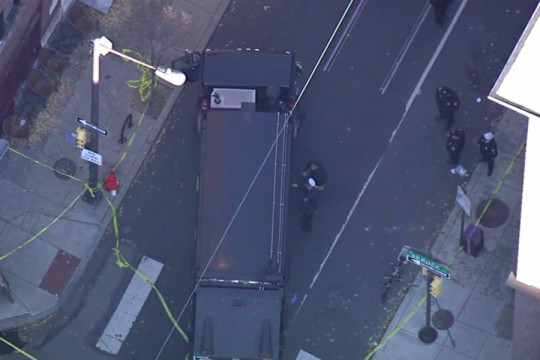 The DA Office’s Homicide Unit, led by Anthony Voci, conducted an investigation of the accident. At a Wednesday morning press conference, Voci said a camera inside the truck that Fretts was driving on the day of the incident revealed that he was wearing headphones (which is illegal in Pennsylvania) and looking down at paperwork in the vehicle’s central console when he turned right from what was technically Spruce Street’s left travel lane, cutting into Fredricks’s path.

“In this case, the evidence took us to the inescapable conclusion that this was not an accident,” Voci said. “It was due in large part to Mr. Fretts’s inattention and disregard for multiple laws.”

Fretts, who had been ordered held on $100,000 bail on Tuesday, had not posted bail as of Wednesday afternoon, according to court records. Fretts could face up to five years in prison if he is convicted of homicide by vehicle, the most serious charge. Fretts’s court-appointed attorney could not be reached for comment on Wednesday afternoon.

In September 2018, Fredricks’s family reached a $6 million settlement with Gold Metal Environment in connection with her death. The company also agreed to implement new safety policies for its vehicles and give a total of $125,000 over the next five years to organizations that aim to make Philly’s streets safer.

Laura Fredricks, Fredricks’s mother, told the Inquirer on Wednesday that the family had hoped for “justice” when they found out how Fredricks was killed. “And with these charges, we do feel that it’s a message and a clear indication that if you don’t follow the rules, then there will be consequences as well there should be,” Fredricks said.

The charges carry significant implications for Philadelphia’s bicycling community, which immediately after Fredricks’s death intensified an ongoing conversation surrounding the need for safer streets and more protected bike lanes. The city’s annual rate of six traffic fatalities per 100,000 residents exceeds those of Chicago, Boston, and New York City, and bicyclists and pedestrians make up 48 percent of those killed in crashes, according to the Bicycle Coalition of Greater Philadelphia.

In an analysis released this week, the organization found that that only 16 percent of drivers who struck and killed “vulnerable” road users — pedestrians and bicyclists — on city roads in 2017 and 2018 were charged as a result of the incidents, according to data from the Philadelphia Police Department. Of the fatal crashes investigated by the PPD during those years, 30 percent were closed and resulted in no charges, while no data was provided for 46 percent of the cases, the organization said.

In its report, the Bicycle Coalition put forth five recommendations for city law enforcement, including the creation of a publicly transparent database of fatal traffic incidents, as well as a policy for pursuing penalties for those involved in the crashes. The organization, along with several families who have lost loved ones to traffic deaths, plans to present its findings and recommendations at 8 a.m. on Thursday at 11th and Spruce streets, where Fredricks was killed.

Randy LoBasso, a spokesperson for the Bicycle Coalition, said he hopes law enforcement officers will offer more transparency regarding high-profile traffic deaths after the decision to file charges against Fretts.

“We think better transparency is going to be required for these kinds of cases going forward,” LoBasso said. “Each case, as [Krasner] mentioned, is definitely unique. But I think based on what we did know about the case, it did seem like this would happen.

“This is a good start, and it’s really great to know that the District Attorney’s Office is taking this seriously.”