Not only did he emcee the intro and shout out his hometown on Sunday, but he also made a long-distance shot — something Ben Simmons can't even say he's done this season. 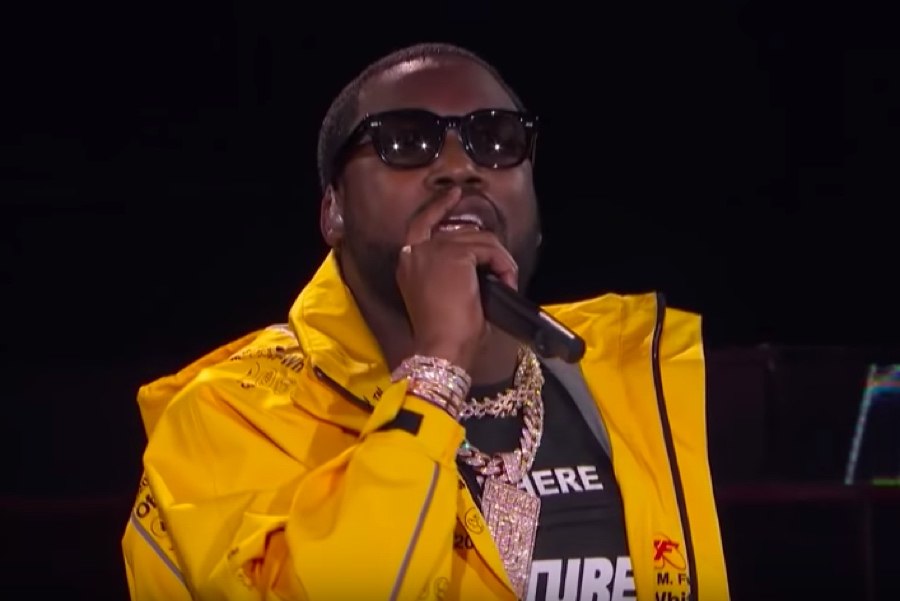 Meek Mill performing at the NBA All-Star Game in Charlotte. Image via YouTube.

The NBA All-Star weekend was held in Charlotte, North Carolina this year, but you’d be forgiven for thinking the festivities took place in Philly. Sixers prodigies Joel Embiid and Ben Simmons starred in the actual game, Conshohocken billionaire and Sixers co-owner Michael Rubin schmoozed with other celebs on the court, and rapper Meek Mill performed the introduction to Sunday’s marquee event.

Naturally, Mill gave numerous shoutouts to his hometown in his more than ten-minute-long performance. The very first words out of his mouth, as a matter of fact: “I go by the name of Meek Milly. Representing North Philly.”

But Meek Mill wasn’t done there. He also ended up on the court (not during the game itself, unfortunately), and made a long-range shot to apparently win a bet for four grand.

And did you catch the quick cameo at the end of that video by Michael Rubin?

He, too, stepped onto the hardwood during All-Star weekend. Ah, the perks of owning an NBA franchise. Rubin ended up making a three-pointer, with Embiid guarding him — or at least standing in his general vicinity. (Compared to Mill, his shooting form leaves something to be desired. But hey — a make is a make.)

Mill’s performance, meanwhile, spotlighted the NBA’s cultural capital and relevancy — booking acts like Mill, who’s been on the rise in recent months with performances on late night shows and Saturday Night Live. Compare that to the NFL’s approach to the Super Bowl: snagging performers on the receding end of their popularity.

NFL gives the world Maroon 5. NBA blows it away with Meek Mill

NBA gave us Meek Mill and J Cole, while the NFL had Maroon 5 out there for entertainment pic.twitter.com/y34C2YtGnX

It’s probably fair to say Mill didn’t expect he’d be in this position so soon. As recently as last year, he was in jail for a probation violation — until his April release following a national campaign on his behalf, sparked by Michael Rubin and Jay Z, among others.

Mill seemed to say as much himself in the aftermath of his performance.