The Pennsylvania Pastors Network and others are protesting the appearance of Annie Christ at a local library this weekend. 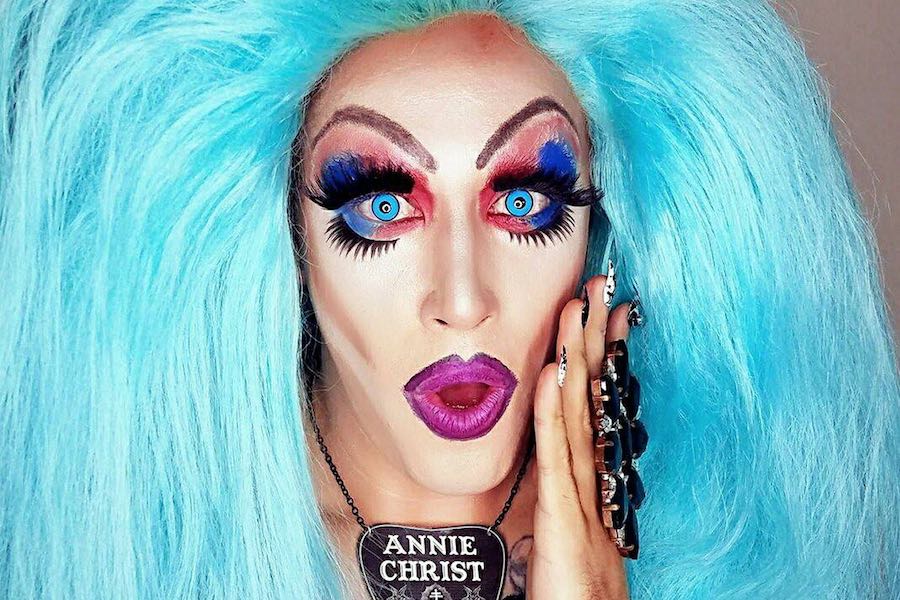 Annie Christ, the drag queen causing all of the ruckus at a library in Lansdale. (Photo via Annie Christ on Facebook)

Another year. Another drag queen-meets-the-kids controversy.

With all of the horrible things happening in the world right now, some people are using a whole lot of energy to protest a drag queen’s scheduled appearance at a suburban library this weekend.

If you’re unfamiliar with the drag queen story time concept, it’s exactly like any other story time for kids — you know, the way the mayor or various local celebrities will show up and read children’s books to kids and their parents — except that the person reading the book is a drag queen.

Annie Christ is going to read two books to her audience — Naked Mole Rat Gets Dressed and Sparkle Boy — and there will be a coloring activity as well as snack time, which includes such non-controversial items as juice boxes and pretzels.

Well, some people don’t like this idea one bit, and it probably doesn’t help that the name of the drag queen is a play on the biblical term “anti-Christ.”

The Pennsylvania Pastors Network is among the groups who have called on the library to cancel Saturday’s Annie Christ appearance, and the library has said, in no uncertain terms, that the show will go on as scheduled.

This toxic spread of a damaging agenda has come to Pennsylvania and is targeting our children.

Where is the common sense in this? With the serious problems that children in this generation are experiencing — drug use, high anxiety, suicide and depression — why would parents and elected officials willingly put children in front of a drag queen to confuse them even more?”

This should be a matter of grave concern for every person who cares about children. The LGBTQ agenda demands dominance and wants to silence those who would dare speak out on cultural issues. The public library is not a place for activism, and a children’s story hour certainly isn’t the place to push a confusing message delivered by a confused individual.

The fact that we have even been forced to address such a matter as a story time for children provided by men dressed in drag is a tragic commentary on our culture. We pray for clarity, truth and the protection of children in this dire situation.

Dull is calling on likeminded people to join him for a protest at the library on Saturday morning, and there’s a counter-protest called the Wall of Love happening as well.

Concerned citizens have been taking to the library’s Facebook page to share their thoughts. Here’s a selection of comments left by those opposing the Annie Christ event:

“In my opinion it is despicable that you would host a drag queen to corrupt the minds of young children…shame on you!”

“There is no value to exposing children to cross dressing under the guise of story time. Children deserve the protection of adults in culture. This event is not in the interest of the public you serve… Shame on you.”

Some opponents have been sharing the following video of Annie Christ “lewdly” performing “You Can Touch My Boobies”:

Of course, Annie Christ did that routine for an adult audience — not a library room full of kids. By the same logic, no actor who has performed in an R-rated movie should ever be allowed to read Curious George to a group of children.

It’s certainly not the first time this controversy has come up.

And, full disclosure, my own drag queen-fronted band The Martha Graham Cracker Cabaret had its 2013 appearance at a South Jersey child care center canceled after some concerns that a man in a dress was going to read Dr. Seuss to kids and sing a few songs. Ironically, we wound up instead doing the show on the property of one of Philadelphia’s most historic houses of worship: Christ Church in Old City.

No, lightning did not strike the steeple.